August 23, 2014 Daven Hiskey
This is a weekly wrap of our Daily Knowledge Newsletter. You can get that newsletter for free here. 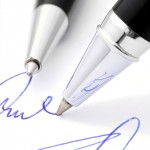 The humble ballpoint pen is an item so ubiquitous the chances of you not having one near you right now are so low E.T could probably give you the percentage on his right hand. Few people realize just how much technology, craftsmanship and effort goes into creating a single pen- probably because you can buy 30 of them for a few dollars, only to mysteriously have them all disappear within a week. As the name would suggest, ballpoint pens work by utilizing tiny metal ball bearings. In the case of the most famous ballpoint pens of all, Bic, the ball is commonly made from tungsten carbide, which is… (more) 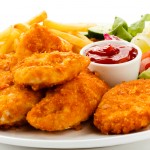 Chicken nuggets are delicious. I know this isn’t a particularly controversial statement. Despite pink slime, chemical preservatives, and sometimes questionable nutritional value, it’s hard to argue the basic point that these deep-fried, previously frozen, nugget-shaped “chicken” pieces are at least somewhat appealing to the human taste bud. The common assumption is that McDonald’s was the first to give us these small morsels of “food.” But that is untrue. No, the story of the chicken nugget begins with Robert C. Baker, a Cornell professor and the so-called “George Washington Carver of poultry.” Growing up in the Finger Lake region of New York, in the small town of Newark, Baker was poised to take over his family’s farm, which grew… (more) 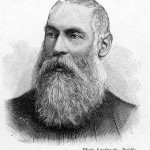 This term was named after a nineteenth century Englishman, Captain Charles C. Boycott (who originally had the surname “Boycatt,” but the family changed the spelling when he was nine years old). If you guessed that at a certain point Captain Boycott became quite unpopular with the masses, you’re correct. Shortly before Boycott would find himself boycotted, the situation in Ireland was that just .2% of the population owned almost every square inch of land in Ireland. Most of the owners of the land also didn’t… (more) 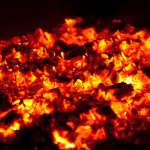 The town of Centralia, Pennsylvania has been on fire for more than fifty years. Founded in 1862, Centralia popped up in response to the booming coal mining industry. Anthracite coal, a type of coal once in high demand for heating homes, lay under the town and surrounding area in massive quantities. (In fact, approximately 95% of all anthracite coal in the United States is in Pennsylvania.) Some estimates put the total amount of coal under Centralia before mining began at 25 million tons. So it’s no surprise that the town thrived for a while with over two thousand… (more) 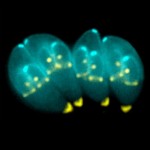 If we were to tell you that there is a parasite out there that can infect virtually any warm-blooded creature on Earth; is found just about everywhere; approximately 33% of humans are infected; and is also mysteriously linked to people committing suicide and brain cancer, then we told you that it was most commonly found in cats, you’d say we had to be lying because cats would be extinct if we all knew that. (Well, if they weren’t so adorable.) It turns out, we’re not lying and the truth gets even more interesting. Known as Toxoplasma gondii, the parasite can cause a disease aptly called toxoplasmosis in virtually any warm-blooded creature… (more) 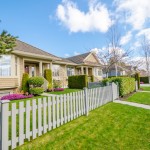 The primarily purposes of a fence include to keep animals in, people out,  and perhaps even so others can’t see into your yard. But if this is the case, why are their laws that limit how tall fences can be? Also, what would happen if you ignored the law and built a monstrous fence anyway, or planted a row of tall trees around your property instead to try to get around the fence height restrictions? Contrary to what you’d expect from such an innocuous object as a fence built on your own property, the laws surrounding the building and regulation of fences are hugely complex. As noted by the… (more) 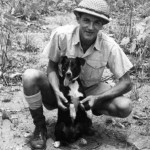 Heroes come in many forms; some are even furry and four-legged. Due in part to their superior ability to sniff and hear trouble, dogs have long been a fantastic ally and a great protector of humans. After all, it was Lassie who, through a series of barks, told the grown-ups that Timmy was in trouble again (Note: Timmy never actually fell down a well. Mineshaft, sure, but no well.) Dogs can also be quite brave and have been known to run into dangerous situations without a moment of hesitation. Throughout history, several dogs have gained a reputation as being courageous in wartime. Here are the stories of five such dogs that became war heroes and helped saved human… (more) 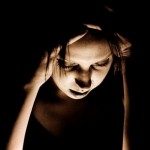 There are approximately 200 different types of headaches, classified in two main groups: primary and secondary. There are in the neighborhood of 42 types of primary headaches and 157 secondary headaches (unless I lost count, but should you want to verify those numbers, or just need a sleep-aid, feel free to review the 233 page article that outlines them; it’s in the references!)  “Primary” simply means that the cause of the headache is the problem itself, an example would be a migraine. “Secondary” means the problem is something other than a headache and the headache is just a symptom of that problem. One example of this being a hemorrhagic stroke… (more) 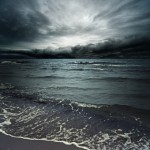 May 19, 1780 began like any other day. Then, between 10:00 a.m. and 11:00 a.m., the sky above most of New England grew dark and eventually pitch black. The darkness was witnessed from Maine to New Jersey, plunging what was then almost half of America into fear and chaos. The event was reported to last well into the evening in some places—even the moon and stars were fully obscured. We aren’t talking your run-of-the-mill blackout—obviously, there were no electrical lights or fallen power lines at the time. The cause of the darkness wasn’t a solar eclipse, either, as far as scientists can tell. It also wasn’t a thunderstorm, though some areas of New England did have rain that morning. So what caused a darkness so deep… (more) 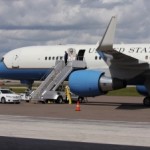 No. And although it’s difficult to find an official explanation (or even a detailed one), I think the answer lies in the United States’ ridiculously complicated tax code. Gifts :The transportation, security, housing and other benefits received by the President and his family are not gifts. But assuming they were, neither Barack nor Michelle would have to pay any tax imposed. Under U.S. Income Tax law, in particular 26 USC § 102(a), gifts are, with some exceptions, specifically excluded from taxable income: “Gross income does not include the value of property acquired by gift, bequest, devise, or inheritance….” (more)