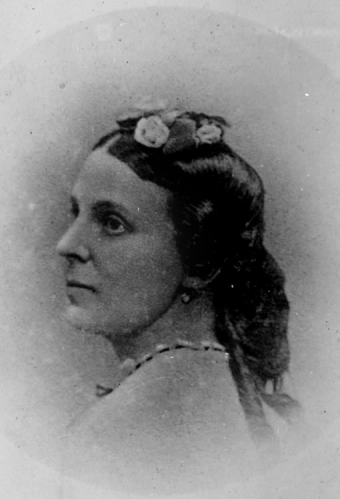 Long before the likes of Warren Buffet, Hetty Green dominated Wall Street through extremely shrewd investing, frugality, and exploiting the lax investment rules of her age, managing to amass one of the greatest fortunes in history.

Hetty, born Henrietta Howland Robinson in 1834, was the daughter of Edward and Abby Robinson. The family first made their fortune thanks to Hetty’s great-grandfather who went to sea as a whaler.  Within two generations, the family under the guidance of Hetty’s father and maternal grandfather amassed one of the biggest whaling fleets in North America, with her father increasing the family fortune twenty fold in his lifetime.

Hetty’s business education started early at the tender age of six years old, reading the financial news to her maternal grandfather, Gideon Howland, whose failing eyesight prevented him from doing it himself.  During these readings, her grandfather also discussed what she was reading with her.

Two years later, Hetty opened her first bank account.  Shortly thereafter, she began investing her allowance. By 13 years old, she took over management of the family bookkeeping, which was no small thing considering the many business deals her father was involved in. Needless to say, between helping her grandfather and father in their respective business dealings, Hetty was receiving a first class education in the world of business.

As she exited her teen years, her father was more interested in seeing Hetty married off than becoming a successful businesswoman, so purchased a $1200 wardrobe ($30,600 today) for her to wear around Boston and New York to attract wealthy men.  Hetty was “a good looking woman… [with] angelic blue eyes” so this wouldn’t have been a problem, but she had no interest in it.  Upon receiving the  gift of the wardrobe, Hetty promptly sold off the clothing and invested the money from the sale.

While she did well for herself with these small sums, her “seed money” really jumped after the death of her father when Hetty was 30 years old.  Hetty had previously been supposed to inherit much of her mother’s estate upon her passing, but her father took most of it for himself.  Rather than risk losing out on being the heir to his more significant fortune, Hetty took it in stride and did not bring a lawsuit against her father.

She didn’t have to wait long for the money.  Her father died just five years after her mother, bequeathing his entire estate to her, which at this point had risen to about $5-$7 million ($75-$105 million today).  She promptly took the money she had instant access too (much of it was left in a trust for her to draw from annually) and invested it in the highly risky (or so others thought) U.S. Civil War bonds.

But even investing the money from her father wasn’t enough for Hetty.  Her aunt, Sylvia Ann Howland, died within a year of her father, but rather than leave Hetty her fortune of about $2 million as she had once said she’d do, she left most of it to charity, her doctor and caretakers, and some of Hetty’s cousins. This didn’t sit well with Hetty, who had taken to heart something her father had once told her, “…never give anyone anything, not even a kindness.”

Thus, Hetty challenged the will, even going so far as forging a new one that stated her aunt’s fortune should be left to Hetty. In the end, Hetty lost the case of “Robinson v. Mandell” with the court determining the signature on the will was a forgery.  However, in the end, Hetty was able to wrangle approximately $600,000 out of her aunt’s estate.

In the interim, Hetty married a successful businessman, Edward Green, in 1867, but not before getting him to agree to keep all finances separate and that neither of them was entitled to any of the others’ money.

The fact that Hetty had tried to swindle away her aunt’s estate via forging a will didn’t sit well with a few of Hetty’s cousins. To avoid the legal troubles that were headed her way, Hetty and her husband moved to England. While there, besides increasing her already vast fortune by continuing to heavily invest in the United States (this time investing in greenbacks and railroads in the U.S., and later in U.S. real estate mortgages, among other things), Hetty also had two children, Edward “Ned” Green (1868) and Harriet Sylvia Green (1871).

Once the statute of limitations was up on her former legal problems, the Greens moved back to the United States in 1875. In 1885, it was discovered that her decision to keep her finances separate from her husband’s was a wise one.  Hetty staunchly practiced principles such as always keeping large sums of cash in reserve; investing heavily when others were being conservative; cashing out when everyone else was bullish (rarely hanging on to investments long term, selling as soon as something hit the price she had originally been looking for when she bought it);  never accumulating any debt; keeping a cool head in any crisis; and incessantly researching any investment before making it. Her husband went the other way and primarily speculated, not afraid to borrow money to up his potential gain in his high risk investing.

Unfortunately for him, his investments were high risk for a reason. He squandered his $2 million fortune. To try to dig out of his financial woes, he got banks to lend money to him with the implication that Hetty’s fortune was backing the loan, even though this wasn’t the case.  He soon amassed massive debts, some of which were known to Hetty who bailed him out of his problems on a few occasions.  However, Hetty finally discovered the extent of his debt after the collapse of John J. Cisco & Son’s financial house, which Hetty was the largest investor in. It turns out, her husband was the biggest debtor of the firm.  Needless to say, she gave him the boot. (However, they remained married and in the last few years of his life as his health deteriorated, she took care of him and even converted to Episcopalian before her own death so that she could be buried beside him.)

Up to this point, Hetty had exhibited savvy investing skills, along with a bull-dog like business demeanor (fending off many an attempt by groups of investors to ruin her, often ultimately ruining them in the process). But after separating from her husband, she added in a slew of eccentricities, and the public ate it up.  It’s difficult to separate the myth and exaggerations from fact, particularly as she was a woman who’d become wildly successful in business in the 19th and early 20th centuries. This was something not appreciated by many powerful businessmen; so negative rumors about her, probably generally baseless, were rampant.

That said, a few peculiarities that are backed up with a reasonable amount of documentation include that she constantly moved from district to district in an effort to avoid having to pay taxes in a given district, generally living in the cheapest housing available despite her fortune. She also reportedly often used her dog’s name on the records for her lodging, so as to further throw any tax collectors off the scent.

In addition to that, when her son injured his leg at nine years old, rather than use her fortune to get him the finest medical care available, she initially took him to a charity hospital.  However, contrary to what you’ll often read, she later did take him to other doctors as he continued to have leg problems for a few years. Ultimately, the leg became gangrenes and it had to be amputated.

Beyond not liking to spring for medical care, she also reportedly completely neglected personal hygiene, and rarely washed or changed her clothes.  Particularly in the summertime, the media frequently reported that she stank.  They also reported that she constantly haggled over the prices she had to pay for anything, and whenever possible refused to pay if she could get away with it and keep the item or still acquire whatever service.

Perhaps one of her most famous tales had little to do with her legendary stinginess. In this case, it was a time when she pulled a gun on railroad tycoon Collis P. Huntington. Huntington was upset with the exorbitant prices Hetty charged for small, but critically located, railroads she’d acquired. So he decided to try threatening her.  Specifically, he reportedly threatened to have police and judges that were on his payroll have Hetty’s son imprisoned.  Rather than giving in, her response was to simply pull her gun out.  This is perhaps not surprising given Huntington had made the mistake of threatening the only two things Hetty seemed to care about- her money and her children. 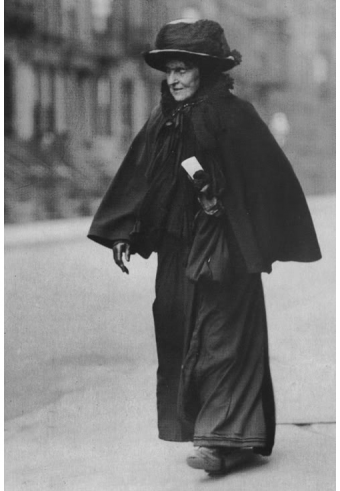 For all this, and more to the point that she was a wildly successful woman in the business world in an era where women were expected to stay at home, she was dubbed the “Witch of Wall Street.” Perhaps more deservedly, her name became synonymous with “miser” throughout the United States, even later being named by the Guinness Book of World Records as the “World’s Greatest Miser.”

She would say of all this, “My life is written for me down in Wall Street by people who, I assume, do not care to know one iota of the real Hetty Green. I am in earnest; therefore they picture me as heartless. I go my own way. I take no partner, risk nobody else’s fortune, therefore I am Madame Ishmael, set against every man.”

While exact amounts aren’t known precisely, it is generally estimated that for her pre-three ghosts, Scrooge-like life, by the time of her death on July 3, 1916 at the age of 82, Hetty had amassed a fortune of just over $200 million (about $5 billion today).  While she had groomed her son to take over her fortune, teaching him everything she knew about investing, he didn’t inherit her frugality or aversion to giving to charities.  He spent and donated lavishly and despite savvy investing as well (even weathering the Great Depression mostly unscathed), by the time of his death in 1937, his fortune hadn’t risen at all, still about the $100 million he inherited from his mother. This all went to his sister, Sylvia, to add to the $100 or so million she’d inherited from Hetty.

Sylvia lived to 1951, ultimately leaving her entire estate of about $200 million (about $1.7 billion today) to various charities, hospitals, universities, and churches.  So, in the end, despite Hetty having been loath to spend, let alone give, away a dime of money she didn’t have to, a large portion of her amassed fortune ended up going to charity thanks to her children.