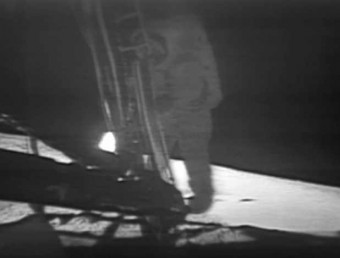 On July 20th, 1969, with “one small step,” Neil Armstrong became the first person to walk on the moon. Since that date forty five years ago, the moon landing has been the subject of intense study and historical analysis. From what Armstrong actually said with his first step to if the American flags the astronauts planted are still there, mankind’s first rendezvous with the moon has captured the world’s attention in a way few other things have. Despite this, there are still several noteworthy facts that have remained obscure after all these years. Allow us to bring just a few to (moon) light:

Neil Armstrong was chosen to be the first person on the moon due to the basic structural design of a part of the Eagle.

Out of a group of 29 astronauts that trained for the Apollo mission to the moon, only three were chosen when the final announcement was made in January of 1969. Neil Armstrong, Edwin “Buzz” Aldrin, and the oft forgotten Michael Collins became the official crew of Apollo 11. Immediately, attention turned to which crew member – Armstrong or Aldrin — would be the first to walk on the moon (Collins was the command module pilot and, therefore, was ineligible).

Even though both men were going to walk on the moon, it was a great honor to be the first. In fact, the question was asked at the press conference and the response was that it had yet to be decided.

Over the next four months, as the astronauts continued their training, debate and rumors circulated among the media. At first, it seemed that Aldrin would have the honor. This speculation came from the precedent set by the Gemini program, which made ten crewed flights for the purpose of testing ships and astronauts to spacewalk. During the flights, the commander (which Armstrong was to be for Apollo 11) stayed inside the ship while the pilot (which Aldrin was to be for Apollo 11) did the space walking. Further fueling this thinking was that it was rumored that Aldrin was actively campaigning to be the guy. According to the memoir written by Chris Kraft, head of Mission Control, “Buzz Aldrin desperately wanted that honor and wasn’t quiet in letting it be known.”

In April, only three months before liftoff, it was announced that Neil Armstrong would be the first man to walk on the moon. The main reason NASA gave for the decision was that the Eagle’s hatch opened to one side – rather than up or down – and that side was towards the pilot, Aldrin. The bottom line was that when the hatch was opened, the commander, Armstrong, had a clear path to exit, while the pilot was pinned in the rather cramped space of the module. By a sheer happenstance, it made more sense for Armstrong to exit first. Plus, as NASA’s heads pointed out, Armstrong was actually the more senior member of the team anyway, having entered the program in 1962, while Aldrin came in 1963.

In later years, despite the official hatch story, some, including Kraft and fellow astronaut Al Bean of have come out and said that NASA wanted Armstrong to have this honor rather than Aldrin because they thought Neil’s ego could handle it better than Aldrin’s. So perhaps the hatch design simply gave them the excuse they needed.

Armstrong’s famed “one small step” line was pre-planned, at least according to his brother.

Even until his last breath in 2012, Armstrong adamantly insisted that his first line was spontaneous and was only settled on in the moments prior to the walk. A BBC documentary released after the astronaut’s death disputes that. In the film, Dean Armstrong – Neil’s brother – tells the story of a note passed during a late-night game of Risk (yes, the board game).

In the months leading up to the mission, Dean, Neil, and their families spent time together on Cape Cod. After both men put their boys to bed, Neil challenged his younger brother to a hearty game of Risk. During that game, Neil handed Dean a piece of paper:

“On that piece of paper there was ‘That’s one small step for [a] man, one giant leap for mankind.’ ‘He says, ‘What do you think about that?’ I said ‘fabulous.’ He said, ‘I thought you might like that, but I wanted you to read it.”

That said, both Aldrin and Collins made it clear that at no point did Armstrong share his thoughts about what he would say. Of course, perhaps his brother was an exception.

The second thing said on the moon was a tad less poetic than the first.

While everyone remembers that first line, few can recall the second. That’s because it didn’t hold the same “oomph” factor. According to the official Apollo 11 Air to Ground Voice Transcription, that line was “And the – the surface is fine and powdery.”

Armstrong continued on this line of thinking,

“I can – I can pick it up loosely with my toe. It does adhere in fine layers like powdered charcoal to the sole and sides of my boots. I only go in a small fraction of an inch, maybe an eighth of an inch, but I can see the footprints of my boots and the treads in the fine, sandy particles.”

After further discussion about the ease of movement on the moon, they began to go back and forth about Buzz’s placement of the camera and backlighting. Exciting conversation, indeed!

President Nixon had an “In Event of Moon Disaster” speech ready

After the Apollo 1’s tragic fire in 1967 and the unproven nature of space travel at the time, the safe return of Apollo 11’s crew was far from an assured thing. To that point, President Nixon had to prepare for every scenario when he addressed the nation, including the tragedy of a “moon disaster.” So, he had his speechwriter, William Safire, prepare remarks that are both chilling and inspiring. The speech begins with these two lines,

Additionally, below the “death” speech were instructions to what needed to be done both before and after the address to the nation. Before, the President should “telephone each of the widows-to-be.” Afterwards, NASA will end “communications with the men” and “a clergyman should adopt the same procedure as burial at sea, commending their souls to the ‘deepest of the deep,’ concluding with the Lord’s Prayer.”