Yet Another 10 Awesome Quick Facts 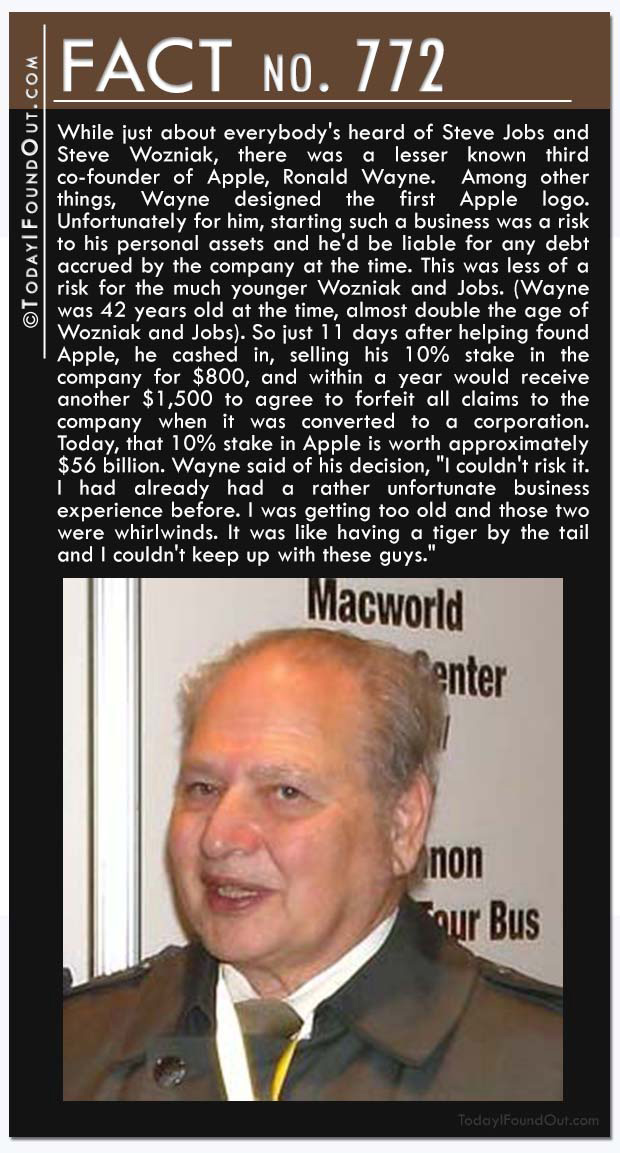 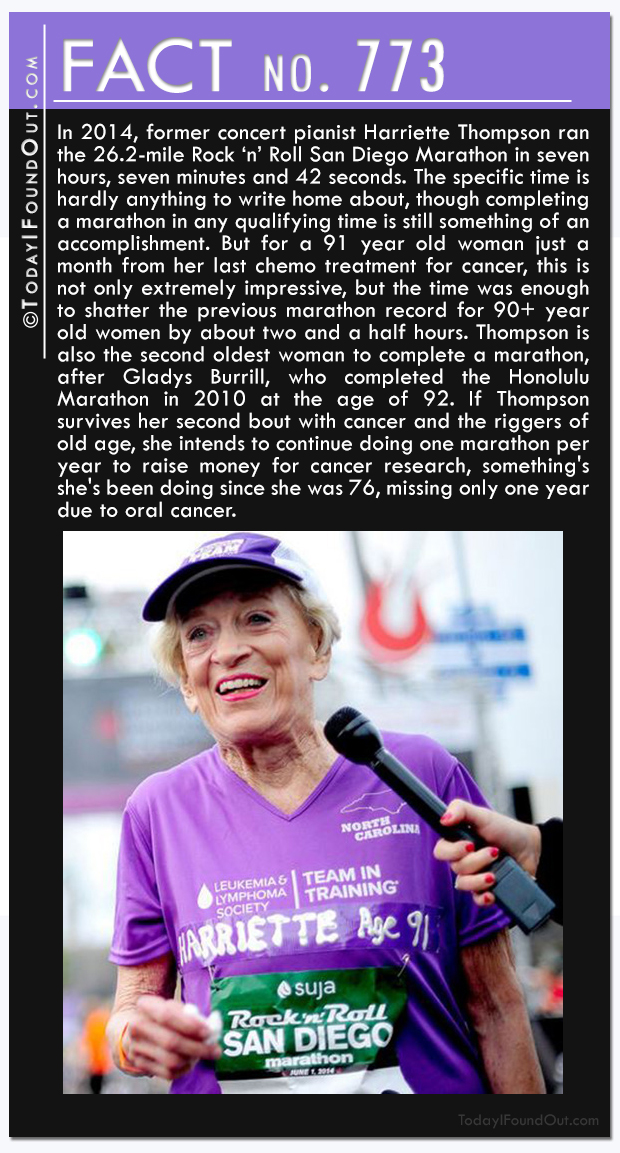 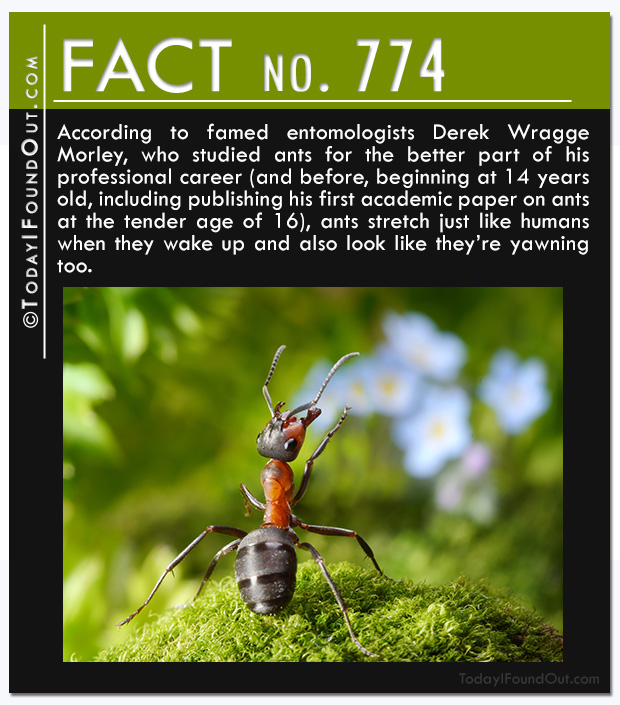 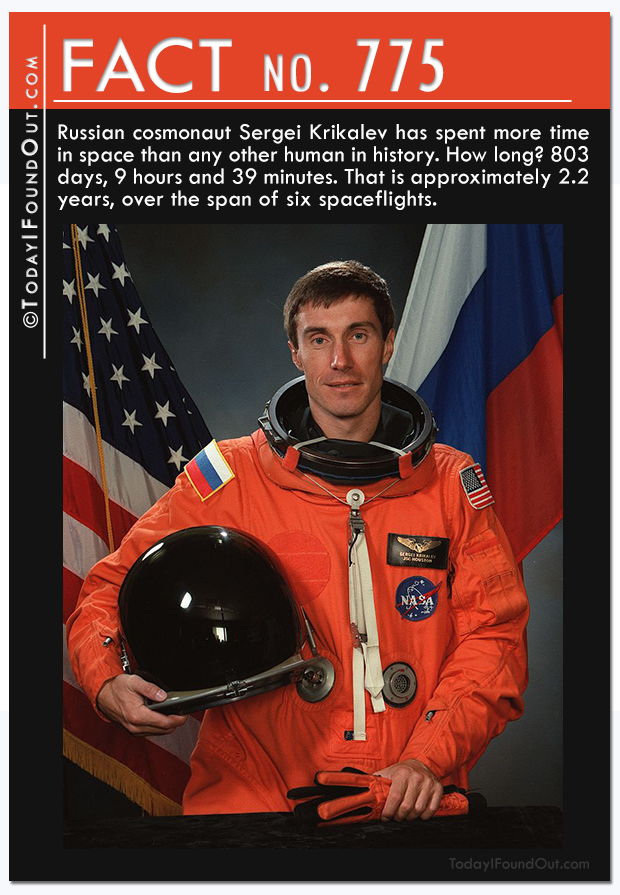 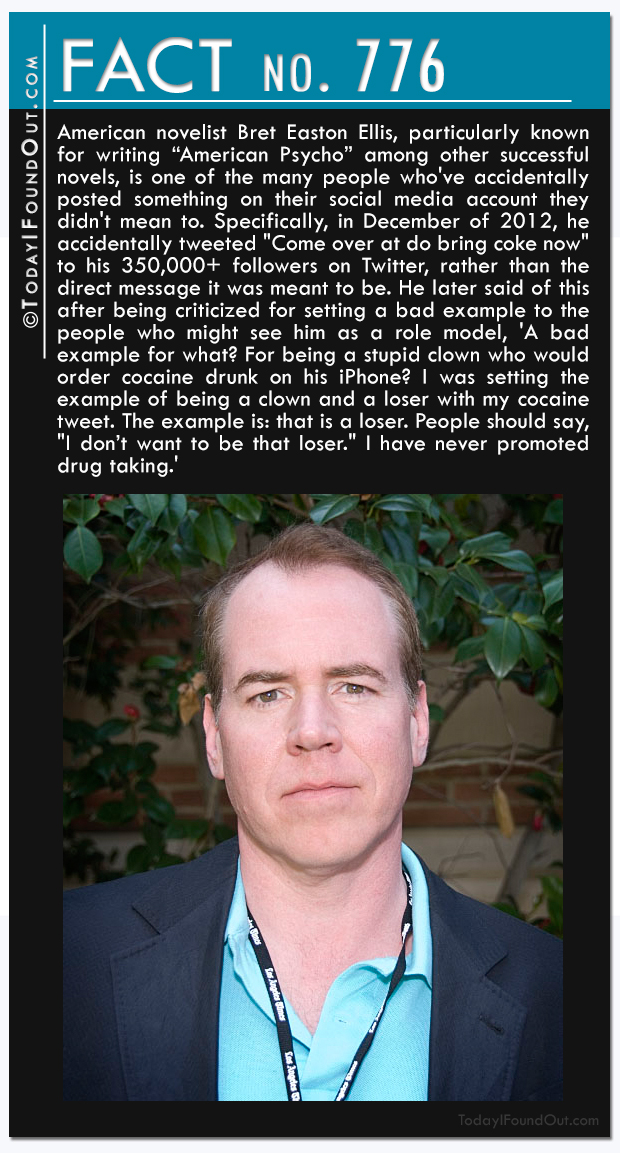 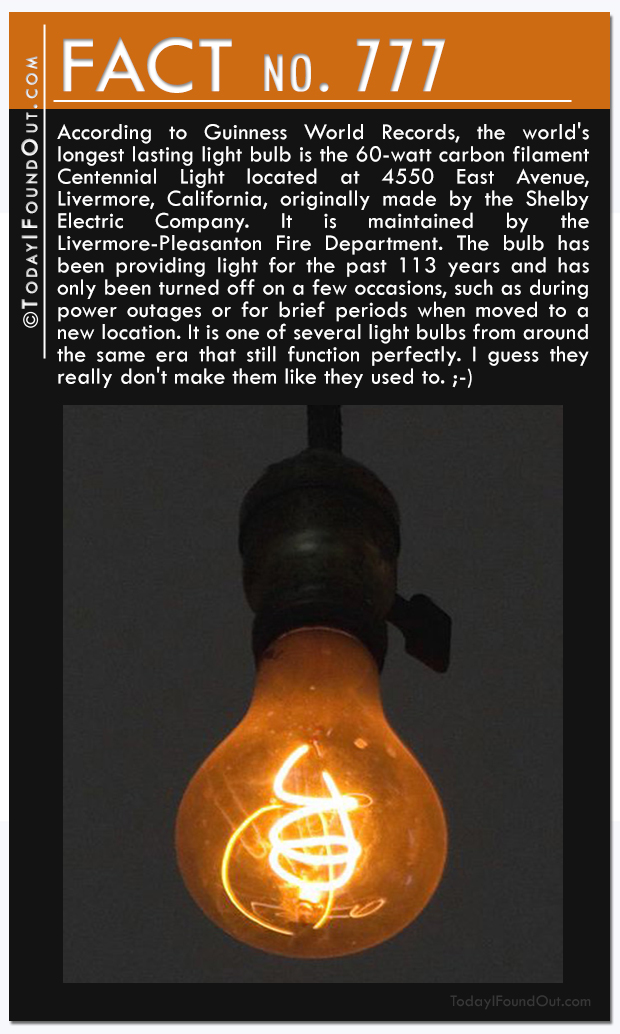 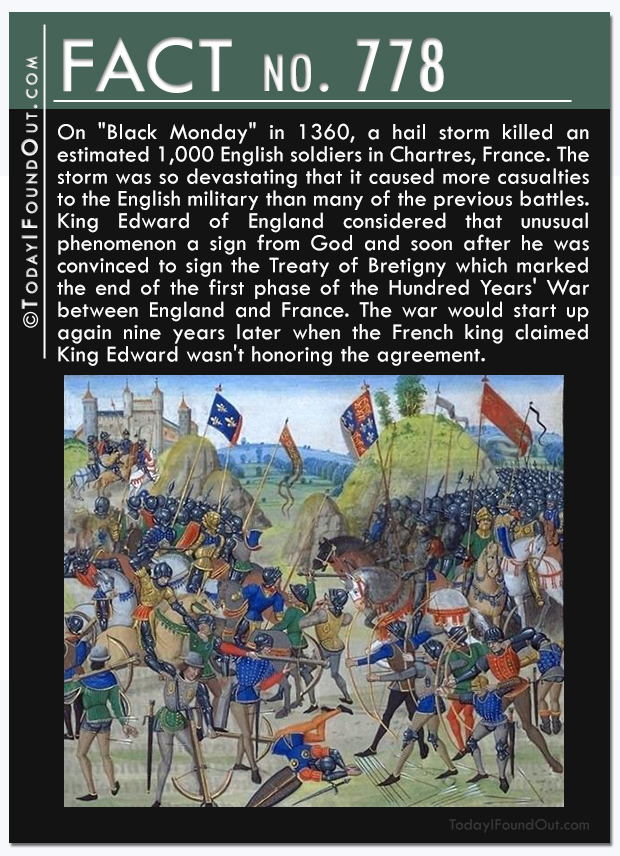 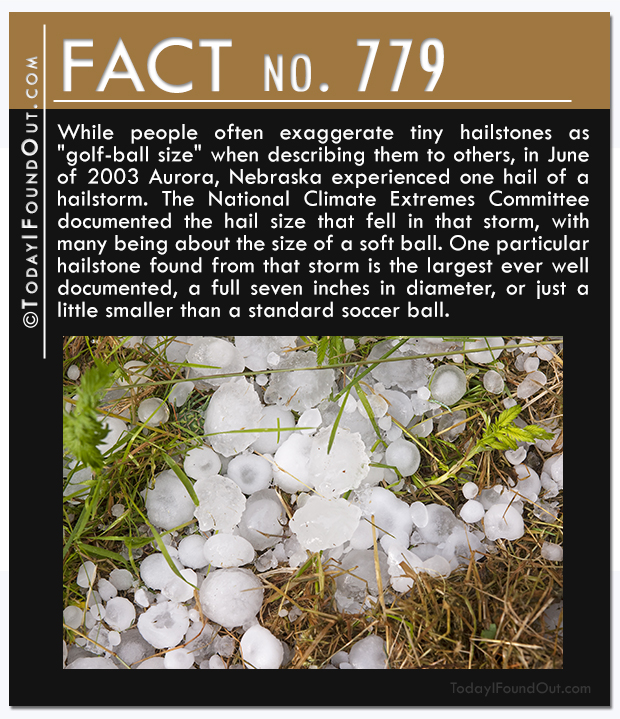 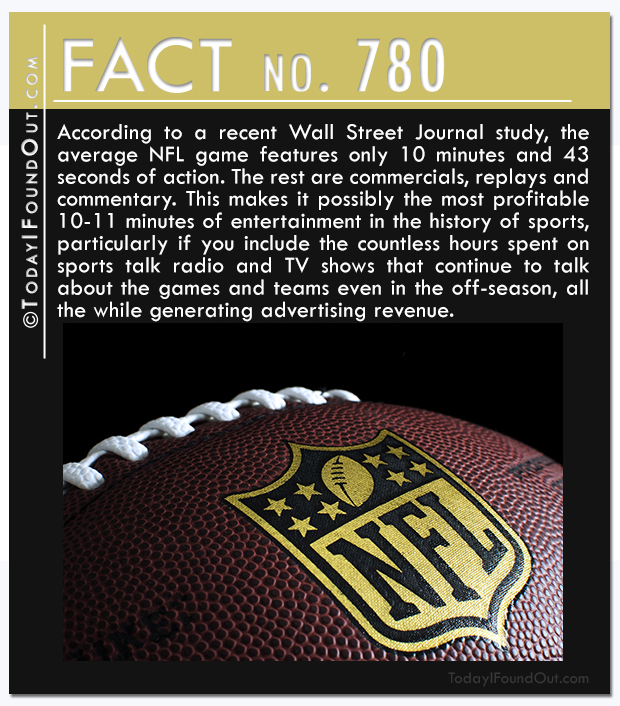 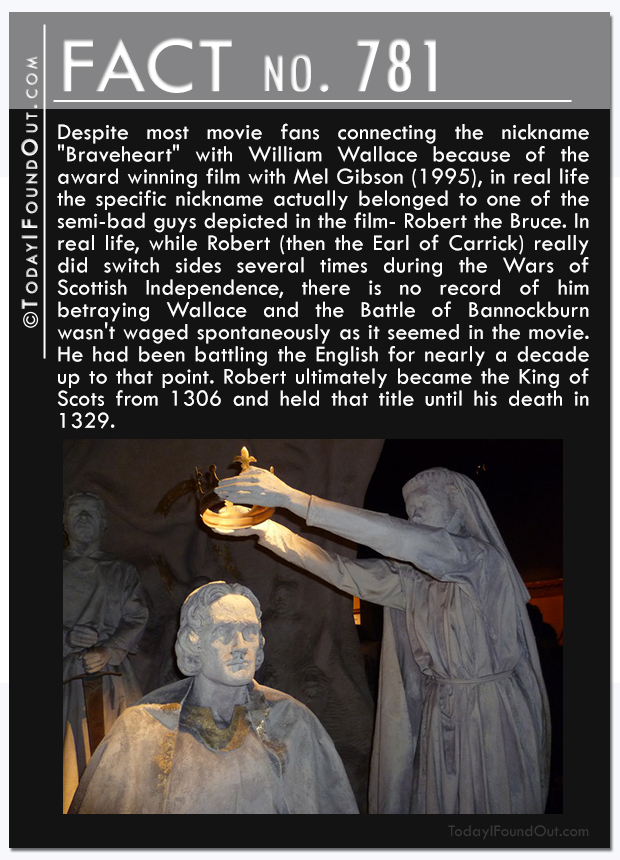 While just about everybody’s heard of Steve Jobs and Steve Wozniak, there was a lesser known third co-founder of Apple, Ronald Wayne.  Among other things, Wayne designed the first Apple logo. Unfortunately for him, starting such a business was a risk given that he’d be liable for any debt accrued by the company at the time. This was less of a risk for the much younger Wozniak and Jobs. (Wayne was 42 years old at the time, almost double the age of Wozniak and Jobs). So just 11 days after helping found Apple, he cashed in, selling his 10% stake in the company for $800, and within a year would receive another $1,500 to agree to forfeit all claims to the company when it was converted to a corporation.  Today, that 10% stake in Apple is worth approximately $56 billion. Wayne said of his decision, “I couldn’t risk it. I had already had a rather unfortunate business experience before. I was getting too old and those two were whirlwinds. It was like having a tiger by the tail and I couldn’t keep up with these guys.”

In 2014, former concert pianist Harriette Thompson ran the 26.2-mile Rock ‘n’ Roll San Diego Marathon in seven hours, seven minutes and 42 seconds. The specific time is hardly anything to write home about, though completing a marathon in any qualifying time is still something of an accomplishment. But for a 91 year old woman just a month from her last chemo treatment for cancer, this is not only extremely impressive, but the time was enough to shatter the previous marathon record for 90+ year old women by about two and a half hours. Thompson is also the second oldest woman to complete a marathon, after Gladys Burrill, who completed the Honolulu Marathon in 2010 at the age of 92. If Thompson survives her second bout with cancer and the riggers of old age, she intends to continue doing one marathon per year to raise money for cancer research, something’s she’s been doing since she was 76, missing only one year due to oral cancer.

According to famed entomologists Derek Wragge Morley, who studied ants for the better part of his professional career (and before, beginning at 14 years old, including publishing his first academic paper on ants at the tender age of 16), ants stretch just like humans when they wake up and also look like they’re yawning too.

Russian cosmonaut Sergei Krikalev has spent more time in space than any other human in history. How long? 803 days, 9 hours and 39 minutes. That is approximately 2.2 years, over the span of six spaceflights.

American novelist Bret Easton Ellis, particularly known for writing “American Psycho” among other successful novels, is one of the many people who’ve accidentally posted something on their social media account they didn’t mean to. Specifically, in December of 2012, he accidentally tweeted “Come over at do bring coke now” to his 350,000+ followers on Twitter, rather than the direct message it was meant to be. He later said of this after being criticized for setting a bad example to the people who might see him as a role model, ‘A bad example for what? For being a stupid clown who would order cocaine drunk on his iPhone? I was setting the example of being a clown and a loser with my cocaine tweet. The example is: that is a loser. People should say, “I don’t want to be that loser.” I have never promoted drug taking.’

According to Guinness World Records, the world’s longest lasting light bulb is the 60-watt carbon filament Centennial Light located at 4550 East Avenue, Livermore, California, originally made by the Shelby Electric Company. It is maintained by the Livermore-Pleasanton Fire Department. The bulb has been providing light for the past 113 years and has only been turned off on a few occasions, such as during power outages or for brief periods when moved to a new location. It is one of several light bulbs from around the same era that still function perfectly. I guess they really don’t make them like they used to. 😉

On “Black Monday” in 1360, a hail storm killed an estimated 1,000 English soldiers in Chartres, France. The storm was so devastating that it caused more casualties to the English military than many of the previous battles. King Edward of England considered that unusual phenomenon a sign from God and soon after he was convinced to sign the Treaty of Bretigny which marked the end of the first phase of the Hundred Years’ War between England and France. The war would start up again nine years later when the French king claimed King Edward wasn’t honoring the agreement.

While people often exaggerate tiny hailstones as “golf-ball size” when describing them to others, in June of 2003 Aurora, Nebraska experienced one hail of a hailstorm. The National Climate Extremes Committee documented the hail size that fell in that storm, with many being about the size of a soft ball. One particular hailstone found from that storm is the largest ever well documented, a full seven inches in diameter, or just a little smaller than a standard soccer ball.

According to a recent Wall Street Journal study, the average NFL game features only 10 minutes and 43 seconds of action. The rest are commercials, replays and commentary. This makes it possibly the most profitable 10-11 minutes of entertainment in the history of sports, particularly if you include the countless hours spent on sports talk radio and TV shows that continue to talk about the games and teams even in the off-season, all the while generating advertising revenue.

Despite most movie fans connecting the nickname “Braveheart” with William Wallace because of the award winning film with Mel Gibson (1995), in real life the specific nickname actually belonged to one of the semi-bad guys depicted in the film- Robert the Bruce. In real life, while Robert (then the Earl of Carrick) really did switch sides several times during the Wars of Scottish Independence, there is no record of him betraying Wallace and the Battle of Bannockburn wasn’t waged spontaneously as it seemed in the movie.  He had been battling the English for nearly a decade up to that point. Robert ultimately became the King of Scots from 1306 and held that title until his death in 1329.