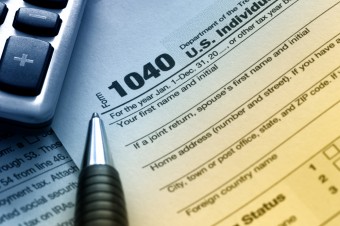 As Ben Franklin wrote in a 1789 letter to Baptiste Leroy, “… in this world nothing can be said to be certain, except death and taxes.” Depending on your belief in vampires, this is most certainly true. But did you know that income taxes in the United States didn’t exist until 1861? In fact, it wasn’t until 1913 when the income tax became the official law of the land.

The first document that governed the United States was not the Constitution, but rather the Articles of Confederation. The AOC asked each state to “enter into a firm league of friendship with each other, for their common defense, the security of their liberties, and their mutual and general welfare.” What it didn’t do was give Congress, or the federal government, the power to tax. The framers of the AOC feared any centralized government, a direct result of being subjects of the British empire and forced to pay taxes with little to no say nor representation in Britain’s government. After all, “no taxation without representation” become a rallying cry used by many, including George Washington when he protested the policy in 1769 by bringing a series of resolutions before the Virginia House of Burgesses. Needless to say, the newly formed country was pretty sensitive to taxation in general.

The AOC left the states’ to determine their own taxes. In turn, this left the new government without money coming in and, essentially, broke. Not a good way to start out. Even the citizens of the new country seemed to agree that this was a poor course of action.

In May 1787, the Philadelphia Convention was assembled “for the sole and express purpose of revising the Articles of Confederation.”

The new Constitution, officially adopted , laid out Congress’s role in collecting taxes in article I, section 8:

The Congress shall have Power to lay and collect Taxes, Duties, Imposts and Excises, to pay the Debts and provide for the common Defence and general Welfare of the United States.

No Capitation, or other direct, Tax shall be laid, unless in Proportion to the Census or Enumeration herein before directed to be taken.

Congress now had the ability to tax items, but, for all intents and purposes, could not issue a direct tax. While an improvement on the Articles of Confederation, it still left a considerable gap in the government’s ability to levy and collect taxes.

Additionally, what items Congress taxed didn’t always sit well with the populace. In 1794, Pennsylvania farmers, angered by tariffs put upon whisky, came after tax collectors. They tarred, feathered, and burned down their houses. This became known as the Whisky Rebellion.

Property taxes, excise taxes, and stiffer duties were all enacted in America at the turn of the 19th century, but it wasn’t until the Civil War when the income tax entered into the public lexicon. In order to help finance a war that turned out to be, at that time, the most expensive in the nation’s history, the Revenue Act of 1861 was enacted. Signed into law by President Lincoln, it imposed a tax of three percent on individual incomes over eight hundred dollars annually, thus becoming the nation’s first flat tax.

Immediately, there were problems. First off, there was no enforcement mechanism, as in if individuals didn’t pay, what was going to happen? According to the law, nothing. Second of all, only three percent of the country’s population earned that much in a year. So, basically the act called for three percent from three percent of the population, which amounted to not nearly enough to support the war effort.

In 1862, the act was repealed and replaced with the Revenue Act of 1862, which established the Commission for Internal Revenue (the precursor to the IRS) and a progressive tax, that hiked the tax rate on those who made more. This got closer to the intended goals of the original act and actually did help fund the Civil War, though the Revenue Act of 1864 further raised the needed funds. In 1872, in the post-war environment, all the tax acts were repealed.

Direct taxes or a flat tax didn’t crop up as a major issue again until 1894 with the Wilson-Gorman Tariff Act. Wilson-Gorman, named after the senators who introduced it, called for a two percent flat tax on income over four grand, which accounted for less than ten percent of the US population. A year later, the Supreme Court ruled it unconstitutional. It wouldn’t be until 1913 and the 16th amendment when this issue was brought up again in a public forum.

The 16th amendment reads, “Congress shall have power to lay and collect taxes on incomes, from whatever source derived, without apportionment among the several states, and without regard to any census or enumeration.” And thus, the modern tax system was born. Much like the previous incarnations, it at first only imposed taxes on the ultra-rich, those making over three thousand dollars annually.

As for the tax due date, since the 16th amendment was ratified on February 3, 1913, they gave the affected a year to get their finances in order. Well, a year and a month. The first official tax day was March 1, 1914.

Four years later, income taxes were raised to expand the base of people paying (from one percent of the population to five percent) and raise the amount due. They also moved the due date to March 15th to partially accommodate the extra work load on those processing the taxes.

By 1945, over 45 million Americans were paying incomes taxes. And the due date was still March 15th. 1955 brought a few relatively minor tax codes, but a major change to tax day. It was moved to a month later, April 15th, where it still sits today, over a half century later.

While the IRS‘s official reason to why they made the change was to spread out the workload for it’s employees and give them more time to process the returns, some conspiracy theorists have a different idea as to the reason. Said “tax guru” Ed McCaffery to Fortune Magazine, “Pushing the deadline back gives the government more time to hold on to the money.”  For what purpose precisely, that wasn’t elaborated on. But either way, whether right or wrong, we can only imagine the original framers of the Articles of Confederation would have been quite nervous if they knew about direct income taxation from a powerful centralized government.