A Brief History of Nike 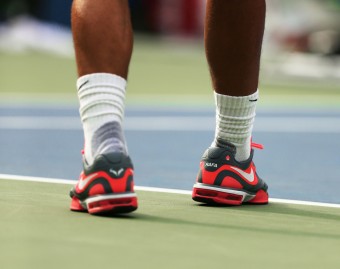 Very few people and even fewer brands have managed to become synonymous with pop culture in the 20th century. But in the last few decades, Nike has become a Titan of the sporting world, as well as part of the daily lives of millions of people everywhere.

But during the 1960s, it was Germany’s Adidas and Puma sneakers that dominated the global market on every level and in every sport. American businessman Phil Knight was convinced that the way to compete with the Germans was to introduce cheap but high-quality running shoes from Japan. But though he had a great idea and a solid plan, Phil didn’t have the money to achieve his goal.

This native Oregonian – who, according to Forbes is the 56th richest person on the planet and the 24th richest in America, with an estimated net worth of $16.3 billion – back then was nothing more than a young man with a freshly minted MBA from Stanford University.  As a former middle-distance runner in college, he was dreaming of a way to combine sports and business, and make a living at it.

During a world tour in 1963, Knight landed in Japan where he managed to make an appointment with Onitsuka, the parent company of Tiger running shoes. Tiger Shoes was interested in selling sneakers to American runners, and gave Knight samples, which he sent to the man he trusted most- his former coach at the University of Oregon, Bill Bowerman.  Bowerman was known for his experimentation in matters concerning track racing. When manufacturers didn’t listen to his advice, he went to his garage and altered existing models to create the lightest, and most comfortable shoe for his runners.

Bowerman was impressed by the Tiger shoes Knight sent him and proposed that they work together to market them in the U.S.  After finalizing a deal with Onitsuka, they shook on the details of a partnership on January 25, 1964, creating Blue Ribbon Sports with an investment of $500 each.  The giant that we know today as Nike started as a dwarf.

By 1970, the working relationship between Blue Ribbon Sports and Onitsuka was collapsing.  Knight thought that the financial arrangement with the Japanese firm was strangling his chances for financial expansion, so the association was dissolved.

In 1971, Blue Ribbon Sports launched its own line of footwear. They named the line “Nike,” the name of the Greek Goddess of Victory, called Νίκη in Greek mythology. Nike is often depicted with wings, giving rise to her designation “Winged Victory.”

As for their now iconic logo, they used a design created by Carolyn Davidson, a graphics design student at Portland State University who was inspired by the wings of the Goddess of Victory and influenced by the fact that Knight loved the Adidas logo and wanted something like it. (Note: Davidson was paid just $35 for this Swoosh design. Knight originally said of it, “I don’t love it, but I think it will grow on me.”) The now famous Swoosh was first used by Nike on June 18, 1971. Today, the Swoosh logo and the “Just Do It” slogan are among the world’s greatest and most recognizable trademarks.

The new Nike line of footwear, which would go on to dominate the world of sports footwear for the next four decades, made its debut in 1972 at the U.S. Track & Field Trials in Eugene, Oregon – and the rest is history.  Today Nike, Inc. dominates the global sports footwear market with a 38% market share. The company employs more than 40,000 people around the world and generates more than $21 billion a year in sales.  The brand born just a relatively short while ago with a $1000 investment and a handshake is today worth more than $10 billion.