This Day in History: July 1st 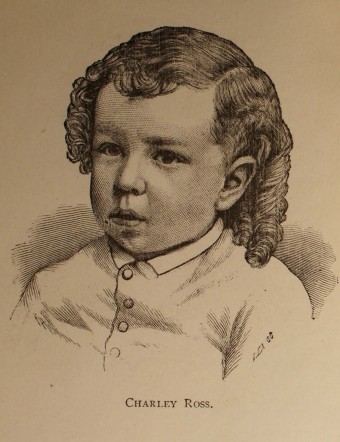 On July 1, 1874, a little four-year-old boy from Germantown, PA had the tragic distinction of being the first known kidnapping victim held for ransom in United States history. Two strange men coaxed him and his eight-year-old brother into their wagon with promises of candy. (This is thought by some etymologists to be where the expression, “Don’t take candy from strangers” originated.) They sent the older brother into a store and when he emerged, the wagon, the two men, and his little brother were gone, never to be seen again.

Christian Ross thought his boys were outside playing in a neighbor’s yard. Luckily, a stranger returned his older son Walter to him. When Walter told him what had happened, he immediately contacted the police, who told him drunks had probably taken the kid as a lark and would return him once they sobered up.

Two days later, on July 3, Ross received a letter saying that Charley would be returned for a sum of money. Then on July 7, another letter arrived demanding $20,000 (about $406,000 today), along with instructions on how to go about paying the kidnappers. The police advised Ross not to pay, believing it would set a dangerous precedent for any future kidnapping cases. Since this was completely uncharted territory (kidnapping wasn’t even a crime in PA at the time – this was very quickly remedied), Ross agreed.

Walter was able to identify both of the abductors, so the police knew fairly quickly who they were looking for – two common crooks named William Mosher and Joseph Douglas. The problem was the pair seemed to have vanished into thin air. Even still, Christian Ross maintained communication with them through newspaper ads and letters, hoping to string them along with vague promises of cash until he could get his son back.

However, Mosher and Douglas were both shot to death during the commission of a robbery in December of 1874. Douglas confessed to kidnapping Charley Ross as he lay dying, though he said he didn’t know the child’s whereabouts. He claimed Mosher did, but Mosher had already died. Walter Ross was asked to identify the two men in the morgue as the abductors, which he did.

Christian Ross searched for his son Charley all over the United States, and elsewhere, for the rest of his life. He started issuing certificates to brown-eyed blonde males so he could prove they’d been checked once previously. Despite all his efforts, and those of his wife and son Walter after his death, Charley was lost forever.