This Day in History: July 18th 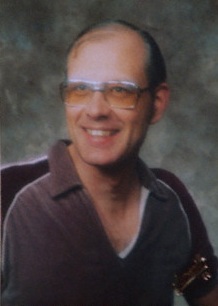 On July 18, 1984, 21 people lost their lives and another 19 were injured when James Oliver Huberty went on a shooting rampage in a McDonald’s just outside of San Diego, California. Huberty kept shooting for 77 minutes until a sniper’s bullet pierced his heart and killed him.

James Oliver Huberty brought his family to California when he lost his job in Ohio the year before. He’d been working as a security guard in San Diego until he lost that job a few weeks before the shootings. Huberty had a history of being mentally unstable. His wife claimed he’d been trying to get an appointment for counseling, but never received a call-back to his requests to see a therapist.

He also had an unhealthy obsession with firearms and kept an arsenal in his bedroom. Probably not the best idea for someone neighbors described as “very angry.” On the afternoon of July 18, 1984, he grabbed a long-barreled Uzi, a 9mm automatic pistol, and a semiautomatic rifle. As he left his house, he informed his wife that: “I’m going hunting… hunting for humans.”

At 3:40 p.m. Huberty entered a McDonald’s in San Ysidro, a suburb of San Diego, and immediately began shooting. There were so many shots fired that the police believed there was more than one gunman involved. Within the first ten minutes, twenty people lay dead.

Miguel Rosario was the first officer to arrive on the scene, and when he saw people hiding behind cars in the parking lot, his first thought was that a robbery was in progress and there could be a risk of being surrounded by other perpetrators. But then Huberty opened a door, approached Rosario aggressively, Uzi in hand, and opened fire. Rosario radioed for a SWAT team and all available units to come to his aid. Huberty retreated inside as police back-up began to arrive.

Traffic reporter Monica Zech had a bird’s eye view of the horrific events as they unfolded and was reporting the chaos as it occurred, as well as warning people to stay out of the area. Zech made a judgment call and didn’t report everything she saw, however. She explained, “In my reports, I did not mention I could see the people who were hiding in the playland area – why? Because we had heard the gunman may have a radio and was possibly listening to the radio broadcasts. I didn’t want to put those hiding in even more danger of being his next victims.”

Once it had been established that Huberty was acting alone and had taken no hostages, the green light was given for a sniper to take him out. At 5:17 p.m. a marksman shot him through the chest, killing him instantly.

The McDonalds where the tragedy occurred was ultimately demolished, and a memorial to the victims was erected on the site in 1990.