This Day in History: July 16th 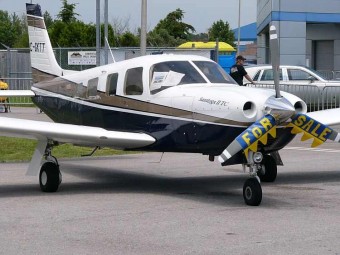 Friday, July 16, 1999 was one of those hazy, hot and humid July evenings in the northeast that everyone remembers fondly when buried in January snowdrifts. It’s great beach weather but not the best conditions for flying, especially for a relatively inexperienced pilot.

John F. Kennedy Jr. and his wife Carolyn Bessette Kennedy had a family wedding to attend in Hyannisport in Cape Cod, Massachusetts. His cousin Rory, the youngest child of Robert Kennedy, was getting married the next day. Carolyn’s sister was also tagging along; the couple was planning to drop her off at Martha’s Vineyard.

The adorable little boy John-John who saluted his slain father’s casket and grew up to be the “Sexiest Man Alive,” took off with his two passengers in his Piper Saratoga single-engine plane from the Essex County Airport in New Jersey. Usually not a risk-taker like many of his cousins, Kennedy was determined to make the flight despite the reservations of more experienced pilots who discouraged him from doing so.

It was a hazy, moonless night. Unable to see landmarks or shore lights, a pilot would have to rely on their instruments. John Kennedy had only accrued 300 hours in the air, and was not qualified to operate an aircraft via instruments only. One of his flight instructors was concerned enough that he offered to make the trip with them, but Kennedy turned him down, saying he “wanted to do it alone.”

At approximately 9:30 p.m. on July 16, 1999, John F. Kennedy’s Piper Saratoga began its descent about 30 miles west of Martha’s Vineyard. Seven miles from land Kennedy, probably disoriented, made a right turn away from the shore and climbed several hundred feet in the air. Information later released by the National Transportation Safety Board revealed that Kennedy’s plane dove from 2,200 feet to 1,100 feet in a mere 14 seconds before disappearing from the radar screen.

An intensive rescue operation was launched for the trio, but as the days went by the purpose of the mission changed from rescue to recovery. On July 21, the bodies of the three victims were found eight miles offshore from Martha’s Vineyard at the bottom of the ocean. On July 22, a memorial service for John F. Kennedy Jr. Carolyn Bessette Kennedy, and Lauren Bessette was held on the U.S. Navy destroyer Briscoe, and their ashes were scattered at sea.

When the NTSB released the report of its investigation, it concluded that the most likely cause of the tragedy was, “failure to maintain control of the airplane during a descent over water at night, which was a result of spatial disorientation. Factors in the accident were haze, and the dark night.”