This Day in History: June 3rd 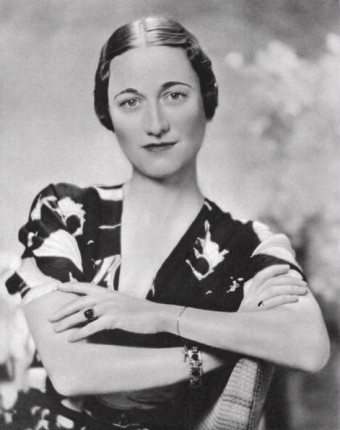 June 3, 1937 was the day that the British Royal family had desperately hoped would never come. For it was on that day that the Duke of Windsor, formerly King Edward VIII, took Wallis Warfield Simpson as his wife during a private civil ceremony in France.

Prince Edward, or David as the Duke was called by family and close friends, was blessed with the “common touch” that made him wildly popular with the British people. The notion of being placed above others made him very uneasy, which was obviously problematic for someone in his position. Even as a young boy, David would squirm if his inevitable destiny as the future king came up and he’d desperately try to change the subject.

Things only became worse as David grew into adulthood. As his brothers and sister settled into domestic life and began families, David preferred to have serial affairs with married women. Even as he approached 40, he showed no signs of settling down, which his parents, King George V and Queen Mary, found irresponsible considering he was heir to the throne.

Then he met another married woman and began yet another affair – but this time it was very different. By 1934, he had fallen very much in love with the intelligent and chic American Mrs. Wallis Simpson, and intended to have her, no matter the cost.

King George and Queen Mary were hoping that, like so many others, this woman would fade away into oblivion as the next married “lady” caught his eye. This had always been the pattern in the past, but they had seriously underestimated their son’s passion – some would say obsession – with the twice-married American socialite.

As the year 1936 began, the King was dying and he knew it. He also harbored no illusions where things would be heading with his lovesick son at the helm, telling Prime Minister Stanley Baldwin: “After I am dead, the boy will ruin himself in twelve months.”

He was right on the money.

The new king styled himself as King Edward VIII. Instead of familiarizing himself with his new regal responsibilities however, he was searching for a way to remain on the throne while making Wallis, who was in the process of obtaining her second divorce, his queen. It quickly became apparent to the couple that Edward would not be allowed to marry a divorced woman.

In a move that rocked the British monarchy to its core, Kind Edward chose love over duty, and on December 11, 1936, he officially renounced the throne. He spoke to the British people that evening during a radio address to explain his unprecedented actions:

I have found it impossible to carry on the heavy burden of responsibility and to discharge the duties of king as I would wish to do without the help and support of the woman I love.

His younger brother Albert (“Bertie”) succeeded him as King George VI, and granted the ex-King the title of His Royal Highness the Duke of Windsor. In a vicious little bit of spite, Wallis would not share her husband’s royal status, though by British law it is always a wife’s right to share her husband’s title, unless you really got on the new Queen’s bad side. (The future Queen Mother looked harmless, but she was not to be messed with. Even Hitler called her “the most dangerous woman in Europe.”)

The couple finally married on June 3, 1937 at the Chateau de Cande in France’s Loire Valley. It was a small ceremony, with only 16 guests present. No-one from the British Royal family was in attendance. The Duke did a short stint as the Governor of the Bahamas during WWII, but for the most part they made their base in France.

Life as an exiled ex-King was a difficult and rather purposeless one. The Duke and Duchess were not welcome in England for a variety of reasons, and The Duke only returned home – without the Duchess – on a handful of occasions. They led opulent jet-setting lives, but the Duke often expressed frustration that he couldn’t do more as an ambassador for Britain. The fact that he’d even consider that as an option showed the Royal family he had no idea just how much his selfishness had cost the monarchy.

With the passage of years, attitudes softened. The Queen and Prince Charles were reportedly very kind to Wallis when their “Uncle David” died and she returned to England with his body. The Duke and Duchess of Windsor were allowed to be buried side-by-side at the Royal burial grounds at Frogmore at Windsor Castle after Edward passed away in 1972 and when Wallis died in 1986.