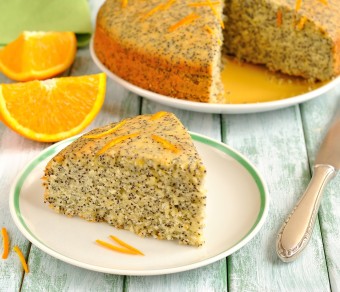 Before they’re put into muffins, bagels, or cakes, poppy seeds can be found in poppy seed pods. It just so happens that opium is found in those same seed pods—it is a milky substance that is extracted from the seed pods which contains morphine and codeine, among other pain relieving substances. While poppy seeds themselves don’t inherently contain any opium, when the seeds are harvested, they can become contaminated with the opium in the pod.

The poppy seeds must then be cleaned and processed. Some countries have strict processing requirements, which leads to less opiate residue on the seeds, but others don’t. In the end, there is no way to guarantee that the poppy seeds you’re consuming are free of opiates, and in many cases they have at least some contamination.

Even a small amount of contamination goes a long way when it comes to certain drug tests. In a study conducted by the Institute of Biochemistry in Germany in 2003, a group of people consumed different quantities of a normal commercial poppy seed cake. Their urine samples were tested 24 hours after the cake was eaten, and again at the 48-hour mark. For both tests, each participant tested positive for opium ranging as high as 10 microg/mL. For reference, as they noted in the study, the International Olympic Committee, at least in 2003, had the cutoff at 1 microg/mL for a test to be considered positive.

A similar test was conducted by MythBusters, who found the same thing: the opium found on poppy seeds stayed in the system up to 48 hours after consumption in significant enough quantities to potentially test positive in certain drug tests.

Elaine Benes wasn’t the only one to get into trouble at work after failing a drug test due to poppy seeds. There have been numerous reports of men and women getting fired after a workplace drug test—or, in one 2010 case, having a newborn baby snatched from their arms at the hospital after testing positive for opium. (The baby was later returned, and the mother was given a monetary settlement.)

In 1990, a police officer in St. Louis with an exemplary work record underwent a random drug test and was suspended after it came back positive for opiate use. He had eaten four poppy seed bagels the day before the test. The department refused to believe that the officer in question had an opiate problem and conducted an experiment of their own: they had another officer who had a clean test before then eat four poppy seed bagels and take another drug test, which came back positive. The first officer was reinstated with back pay.

A similar fate befell a woman in 1997 who was denied a job at Bankers Insurance Group after failing a drug test because of poppy seeds; in this case, though, the woman was awarded over $800,000 in damages. In 1999, a prison guard was fired for the same reason, only to be reinstated seven months later.

All that said, the concentration of opium in the urine of someone who eats a poppy seed muffin is much lower than someone who is an actual opiate abuser. It’s the same reason eating poppy seeds doesn’t result in the same physical and mental side effects that using morphine does: there just isn’t a lot of opium in the system after eating poppy seeds, despite the sensitivity of the tests.

Because of this issue, in the early 2000s, the United States federal government raised the threshold for what is considered a positive opiate test in workplace screening from 0.3 micrograms per milliliter to 2 micrograms per milliliter. Using the new standard, someone who eats a couple of poppy seed muffins in the morning should test well under the limit, showing that they are not an opiate abuser—just a poppy seed lover. However, as noted by the Institute of Biochemistry study, it’s still possible to exceed that as some of their subjects who simply ate the poppy seed cake tested as high as 10 micrograms per milliliter. Just to be on the safe side, if you ever have to take such a test, best to swear off poppy seed food items for at least a few days before the test.