Why “Hank” is Short for “Henry,” Why “Colonel” is Pronounced “Kernel,” and Why We Say “Stat” When We Want Something Done Quickly 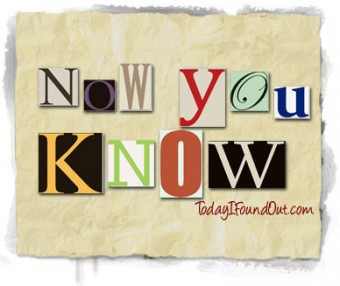 Why “Hank” is Short for “Henry”

This is thought to be thanks to the one time popular suffix “-kin,” which is also how “Jack” originally derived from the name “John.” Specifically, the suffix “-kin,” simply indicated “little,” so Robin Hood’s “Little John” would have been aptly named “Jockin,” which later gave rise to “Jenkin,” then “Jakin,” and then “Jack,” with the former forms literally meaning “Little John.”

Similarly, we have “Little Henry” becoming “Henkin,” which later gave rise to “Hankin,” which was then shortened to just “Hank.”

Why “Colonel” is Pronounced “Kernel”

Believe it or not, “colonel” was pronounced more or less the way it originally looked when it was introduced to English. The spelling changed over time to “colonel”, while the pronunciation stayed the same as it was before.

“Colonel” ultimately derives from the Latin “columna,” meaning “pillar.” This gave rise to the Old Italian “compagna colonnella,” meaning “little-column company.”  This, in turn, gave us the rank of “colonnello” -the leader of a column.

Other nations adopted this ranking giving us the Middle French “Coronel.” This was pronounced pretty much like it looks at first, then later slurred down to “Kernel” by the English, but using the same spelling.

However, starting with the French around the 1540s, the spelling was changed back closer to the Italian spelling, which gave us “Colonel” in French.

Within a few decades, the English also followed suit and by the mid-seventeenth century, “colonel” was the most common way to spell the word in English. At that time, the common pronunciation was mixed between the older “kernel” and the new “colonel,” with the former winning out in the end, despite the way it’s spelled.

Why We Say “Stat” When We Want Something Done Quickly

This may seem odd at first glance. After all, common usage of “stat” outside of these instances is referring to statistics. In this case, though, “stat” is not short for “statistics,” but rather is from the Latin “statim,” meaning “immediately” or “at once.”

The first references of the practice of shortening “statim” to “stat” came to us from physicians in the nineteenth century, with the first known documented instance of this appearing in Lessons on Prescriptions by W.H. Griffith (1875).