March 20, 2014 Emily Upton
Scott asks: What’s the difference between hares and rabbits? Is it just two names for the same thing? 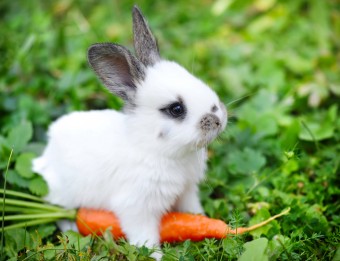 Rabbits and hares are often confused for one another, so much so that to many the two names are interchangeable in casual conversation. When you learn that jackrabbits are actually a type of hare, and that there’s a breed of rabbit called the Belgian hare, it’s not difficult to see how this can be confusing. However, rabbits and hares are quite different, so much so that they don’t breed with one another in their natural habitats.

From the moment they are born, rabbits and hares are easily distinguished. Baby rabbits, called kittens, are born blind and furless. They are unable to move around much on their own as they are as weak as, well, a newborn kitten. Baby hares, called leverets, have the upper hand. They are born with their fur and their eyes open. You might see a baby hare bouncing around and adorably exploring its new world shortly after birth. 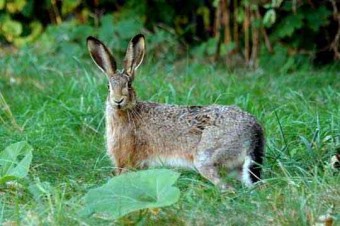 As they grow up, other physical differences begin to emerge, though it might be difficult for the casual observer to pinpoint those differences. Here are some tips. Hares are generally larger and have a “rangy” look to them—they are lithe and wiry, and have larger back legs and paws. Their ears are also longer, and stick straight up from the head. Usually, a hare’s ears will have black markings. Additionally, hares usually change colour according to season; they are grayish brown in spring, summer, and fall, and turn white in the winter. If you’re able to get close enough to these speedy creatures, you might also notice that a hare’s skull is slightly different in shape to a rabbit’s skull. 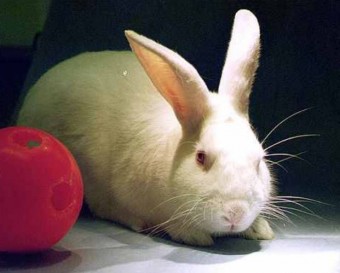 In comparison, rabbits are generally smaller and look squat and chubby. Their back legs aren’t as prominent, and their ears are slightly shorter and tend to be slanted a little toward their backs. Their fur (usually) remains the same colour all year round.

Of course, it isn’t all about appearances. Behaviourally, rabbits and hares are different as well. Rabbits are more social, and when they’re in the wild they prefer to share their burrows with other members of their rabbit colony. They sleep in their burrows during the day, hiding from potential predators. If Mother Rabbit has to leave her kittens, she’ll cover them up with lots of fur and leaves to keep them warm and safe.  Each group also tends to have a dominant male that gets to mate with the majority of the local females. 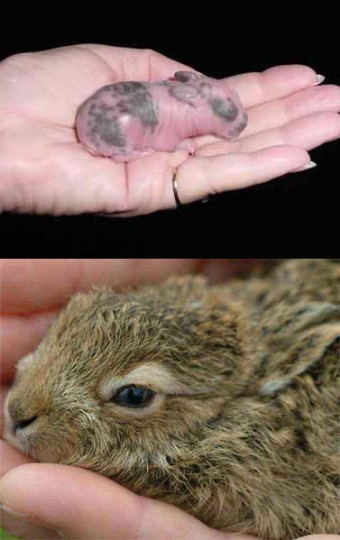 Hares, on the other hand, prefer to live alone, coming together only to mate (with little contention among males over mating rights), and usually make their homes in nests among tall grasses rather than dig a burrow. They also aren’t afraid to leave their leverets just hours after the babies are born. Baby hares are well equipped to living without their mothers at just an hour old.

Their diet preferences are also different—though of course, where food is scarce, they’d likely eat what they could find. Rabbits prefer softer foods like grass and vegetables, while hares are more likely to choose harder foods like bark and twigs.

For people looking into getting a rabbit as a pet, perhaps the most important difference is that rabbits have been domesticated while hares have not. So, if you walk into a pet shop looking for a hare, you’re not going to find one. That said, rabbits are still hopping around fields enjoying their freedom as well, so if you see a long-eared creature bouncing around in your backyard, you’ll have to use the visual clues listed above to determine if it’s a rabbit or a hare.