February 15, 2014 Daven Hiskey
This is a weekly wrap of our Daily Knowledge Newsletter. You can get that newsletter for free here. 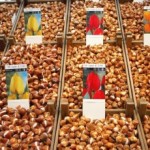 Despite how it sounds, “Tulipmania” does not refer to just a general love of tulips; it was actually one the world’s first recorded major financial bubbles. Long before the dot com frenzy or the real estate bubbles of recent decades, there was Tulipmania in the Netherlands beginning around 1624 and reaching its peak from 1636 to 1637. While the extent of the mania, in terms of how widespread it was, is still largely debated, as is what all the elements involved were that caused it- nevertheless, for a brief time, Tulip prices in the Netherlands rose to ridiculous levels, with one flower costing more than the annual income… (more) 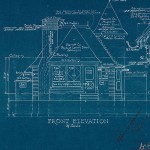 Making copies of architectural drawings hasn’t always been the easiest thing in the world to do. For the majority of human history, the most economical solution was simply to have someone make a tracing of the original plans. In the mid-nineteenth century, the process abruptly became much quicker and easier thanks to famed polymath Sir John Herschel. In 1842, Herschel invented a method to easily copy drawings using potassium ferrocyanide and ammonium iron citrate. The exact method, called cyanotype, is performed as follows. First, you take a drawing of the plans done on relatively translucent tracing paper or cloth and place it on top of and attach it to paper… (more) 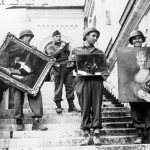 War is ugly. Especially in contrast to the beauty of centuries-old European art. That was the very the reason that the Monuments, Fine Arts, and Archives program was established in 1943, to protect fine works of art in every form from the horribleness of World War II. The men and women who were part of this program and assigned to the task of preserving, restoring, finding, and returning these priceless works of art became known as “The Monument Men.” By 1943, Europe was in the throes of perhaps the most destructive war of all time… (more) 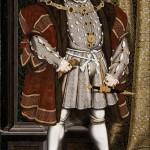 “Divorced, beheaded, died, divorced, beheaded, survived,” as the old rhyme goes. King Henry VIII is known for having a huge number of wives and getting rid of nearly all of them in some way or another. As most people know, he was desperate for a son and like most people during that time period believed that the woman in question was the determining factor for the particular gender of any babies. Wife #1: Catherine of Aragon: Henry’s first and longest marriage was to Catherine of Aragon. Catherine… (more) 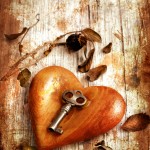 In modern western society, marrying your cousin is not well accepted, particularly in the United States. Through a combination of old prejudices and present-day conventional wisdom about inherited birth defects, first cousin marriage is seen by many as a little too close for comfort, as well as a bad idea if you want children. However, first cousin marriage is far more common, and far less dangerous, than many of us have been led to believe, as… (more) 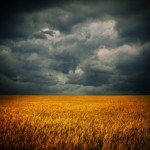 You might have heard grandma or grandpa predicting a storm because they “could feel it in their bones” and when a storm hit you probably thought they’d been watching the weather channel. Turns out, their joints *probably* do get a little achy when it’s about to rain. “Weather pain” is a sensation that was noticed by Hippocrates back in 400 B.C. Today, people suffering from arthritis… (more) 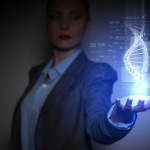 The name deriving from the Greek “eugenes,” meaning “well-born,” it should be no surprise that “eugenics” seeks to engineer a better human race by purposefully selecting good traits, and eliminating bad ones, as is common when breeding animals. Over the years, eugenics has had a number of proponents, from some of the greatest and most admires thinkers in western civilization to the worst human monsters to ever walk the earth. Ancient Eugenics: Eugenics is as old as Plat… (more) 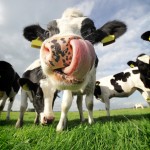 Ever wonder why certain foods seem to hang around after you swallow them?  Aftertaste is generally classified as any taste that remains in your mouth after your food or drink has been swallowed or spit out. The exact mechanism that causes these sensations isn’t fully understood. In fact, understanding how our brains perceive specifics tastes is still a subject of debate. The current leading theory of taste is that it’s the perceived combination of several different sensory systems that include smell, flavor and what has been referred to as… (more)