This Day in History: February 26th 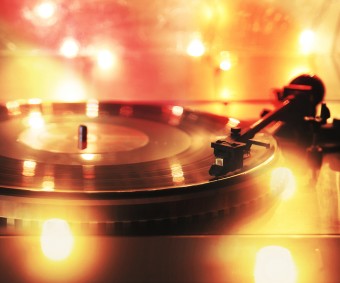 Rock and roll had barely shot off the launching pad when “concerned” citizens and politicians began rallying to nip this scourge on decent society in the bud. One of the first to (apparently) suffer from a wooden object lodged up their backside over music you couldn’t waltz to was a Republican Congresswoman from Michigan named Ruth Thompson.

Ruth Thompson was the first woman to represent Michigan in the U.S. Congress, and the first to serve on the House Judiciary Committee.These are amazing accomplishments for a woman in her era.

Unfortunately, she was also the first politician to introduce legislation that would censor rock and roll, as she supported the banning of mailing “obscene, lewd, lascivious or filthy” phonograph (rock and roll) records, proposing such a measure on this day in history, 1954. Just who would dictate what would be considered “obscene, lewd, lascivious or filthy” was never made clear.

So what was it about rock and roll that made mainstream America so nervous?  Simply put, sex and a side of racism. Rock and roll derived from rhythm and blues, which was heavy on the hormones both musically and lyrically. These were songs you instinctively swayed your hips to. It was also a form of music that sprang from black culture, and white people in the suburbs during the 1950s generally weren’t noted for their racial tolerance. No decent American teenager should be gyrating to “jungle music.” Some even compared the effect of rock and roll music on teenagers to the St.Vitus Dance phenomenon in Europe during the Middle Ages.

When Middle America’s attempts to crush rock and roll’s ascendancy with a steel-toed boot failed, they resorted to wishful thinking. Articles proliferated about rock and roll’s imminent demise, and middle-of-the-road artists such as Mitch Miller predicted that America’s teenagers would come to their senses. Any. Day. Now.

The tidal wave of Rock and Roll rhythm that has engulfed teenagers for the past three years is on the ebb. The crest of the craze is past. Melody is back, and, much to the relief of parents, the high school kids are sticking their heads above water to ask for sweet songs and danceable tunes.

This article was clearly written from under a sizable rock, as the year was 1956 and a young rock and roller named Elvis Presley was causing hip-shaking hysteria coast-to-coast. From that point on, rock and roll would always have its detractors, but its staying power is a foregone conclusion.