This Day in History: February 27th 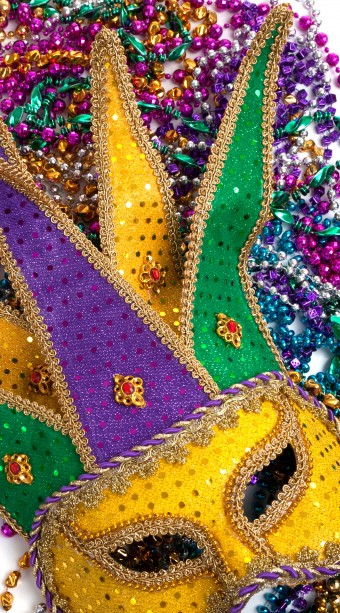 “No party is any fun unless seasoned with folly.” – Desiderius Erasmus

Mimicking what they had seen done in Paris, a group of boisterous masked students decked out in colorful costumes took to the streets of New Orleans on February 27, 1827, in what would be the first of the city’s many world famous Mardi Gras celebrations.

Mardi Gras, or Carnival as it is also known, existed long before 19th century New Orleans. Like most Christian holidays, Mardi Gras sprang from an ancient Pagan tradition. In this case, it was Lupercalia, a raucous festival associated with the first stirrings of spring. As the early Church fathers had found so many times before, they conceded it would be easier to incorporate the customs of the old holiday into the new one, rather than try to abolish them.

So, the Spring Break-like excess of the good ol’ Pagan days became a prelude to the fasting and penance of Lent that began on Ash Wednesday. Mardi Gras means “Fat Tuesday” in French, and it was the last chance to party until Easter was over – so this was the time to got nuts. As Christianity spread from Rome across Europe, Mardi Gras went along with it.

It is believed that the first Mardi Gras celebrations held in America took place in 1699, when French explorers held a small celebration on a spot they dubbed Point du Mardi Gras. In the following decades, the predominately French settlers in the area celebrated the holiday with street parties, lavish balls and formal dinners. These customs remained in place until the Spanish took control of the area and banned the holiday. Mardi Gras was not reinstated until 1812.

Purple, green and gold are the traditional colors of Mardi Gras. Purple is meant to signify justice, green represents faith and gold is symbolic of power. There are a variety of origin stories as to how and why these colors were picked. One such (probably not wholly accurate) story is that the Russian Grand Duke Alexis Romanov picked them when he came to New Orleans for the celebration in 1872 in hot pursuit of an actress, choosing the colors after the color scheme of the House of Romanov.  One of the problems with this story is that those aren’t the colors of the House of Romanov, which were actually white, yellow, and black.

Whatever the case, what each color represents didn’t come about for another two decades after the color scheme began being used.

Madri Gras is an important part of New Orleans’ history and identity. Even after the devastation of Hurricane Katrina, the city held its Mardi Gras celebrations in February 2006 as they always had. Attendance was lower, only drawing 60-70 percent of the usual crowd, but it marked an important turning point in New Orleans’ recovery.