This Day in History: February 12th 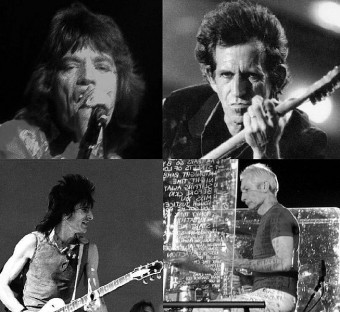 When Rolling Stones Keith Richards and Mick Jagger were arrested on drug charges at Richards’ home, Redlands, on February 12, 1967, there were many who believed that the two rock stars were victims of a set-up. Turns out they were right… I mean, they were indeed doing drugs at the time they were caught, but the police were out to get them and had arranged the ordeal with the drug dealer in question.  It has further been speculated that the police delayed the arrests that night because George Harrison was at the party.  Directly after Harrison left, the police burst in.

There’s two ways the authorities can deal with a perceived challenge. One is to absorb and the other is to nail. They had to leave the Beatles alone because they had already given them medals. We got the nail.

The raid on Redlands was one of the most infamous drug arrests of the 1960s. The British tabloid “News of the World” received a tip on what evening would be a good one for the police to pay Keith’s house a visit, and the paper then negotiated a price for the information with local law enforcement. The Stones were living in mansions, flaunting their decadent lifestyles and basically flipping the establishment the bird. The Stones needed to be put in their place.

On the evening in question Keith, his friend art dealer Robert Fraser, Mick, his girlfriend singer Marianne Faithfull, and a drug dealer called “Acid King” (aka Sniderman, Schneiderman or Schneidermann – take your pick) were hanging out, winding down from the day and listening to music.

The nice, relaxing vibe was brought to an abrupt halt when 18 policemen showed up at the door. After the inevitable search, Jagger was later charged with possession of four tablets of amphetamines (which turned out to be Faithfull’s, but he covered for her and said they were his) and Richards was charged with “allowing his house to be used for the purpose of smoking cannabis,” but both were later acquitted after a circus-like trial. The trial became so overblown that even the normally conservative famed journalist William Rees-Mogg defended Jagger stating that Jagger was being treated unfairly for such a minor offense and implying that it seemed the courts and police were simply out to get the band members.

Why there was suspicion that the whole thing was arranged was that the police, who searched everything else, chose not to search Acid King’s briefcase, which was stuffed to bursting with LSD and other choice illegal substances which he’d brought to the party to make sure everyone there had plenty of drugs. The story Acid King gave the police to get out of the search was that the briefcase contained film that would be ruined if it was exposed to light.  In retrospect, after the police chose to accept the story and didn’t search the briefcase, and later when no charges were leveled against the Acid King, others who had been at the party became suspicious.

The King, aka Sniderman, then changed his name to “David Jove,” settled in Hollywood and found work making and producing B-films. Eventually he confessed to friends and family that he was hired by both British and American intelligence to set up the Stones, and now was “on the run.”

“Jove” took up with a 60’s talent agent named Maggie Abbot in 1983, and he also confessed his involvement in the Redlands bust to her. Abbot told the Daily Mail:

David was a heavy drug user but had a quick wit. He was the perfect choice to infiltrate the Stones. He never showed any remorse for what he did. It was all about how he had been ‘the victim.’ He was a totally selfish person. Mick had been my friend as well as a client and I thought about trying to persuade David to come clean publicly, but he was always armed with a handgun and I feared that if I gave him away, he’d shoot me.

Abbot was also friends with Jagger’s ex-girlfriend Marianne Faithfull, who as mentioned was present that evening, and will forever be remembered as the naked girl in the fur rug with a Mars bar protruding from her … lady bits. (Naked wrapped in fur rug – true; she had just taken a bath. Mars bar in lady bits – popular myth.  But I digress.)

They were meeting for lunch one day in 1985, and Abbot had her boyfriend “David Jove” in tow. Faithfull recognized him immediately as the Acid King, and advised her friend to steer clear of him because of his involvement in the Redlands raid back in the day.

The Acid King’s brother-in-law says that the King claimed the reason he became involved in the plot to frame the Stones was to avoid a prison sentence after he was caught trying to smuggle pot into the UK.

In retrospect, it wasn’t all bad news for the Stones. Their suspicions proved correct. The entire incident won them many new fans and solidified their image as rebellious, bad-ass outlaws; after all, most of their fans at the time, if not all, couldn’t care less that the band members were doing drugs. As Keith Richards says, “I’ve been playing up to it ever since.”