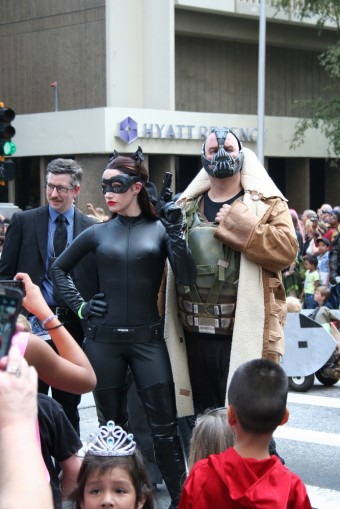 The phrase “the bane of my existence” is extremely popular, and you’ve probably said it once or twice yourself, perhaps about a difficult exam during finals week, or the cat who woke you up at 3 a.m. for breakfast, or the gym teacher who made you run an extra mile. When you say that something is the bane of your existence, you generally mean that it is something that causes you a great deal of misery.

As you can imagine, back in 800 A.D. when the word was recorded in the Old English Chronicles, annoyances like exams and early-rising cats weren’t referred to as “banes”—it was a word reserved for much more deadly threats.

As the years went on, bane started to refer to things that weren’t actual human murderers, but simply things that caused death—an illness, for instance. By the 14th century, the word became more specialized and was applied to poisons. That’s where you get plant names like Wolfsbane and Henbane, and poison like Ratsbane (now no longer in use). Wolfsbane and Henbane are both plants which are poisonous to those animals and (usually) also humans.

However, by the end of the 16th century, the word and phrase came to mean what we know today: an annoyance that is frustrating at the time, but ultimately bearable and won’t end up killing you. The earliest recorded use of the phrase was in 1592, in Foure Letters and certaine Sonnets by Gabriel Harvey:

He that like a Lacedemonian, or Romane, accounteth Infamy worse than death, would be loath to emprove his courage, or to employ his patience, in digestinge the pestilent bane of his life.

Interestingly, Merriam-Webster claims that it was once also acceptable to use “bane” as a verb—so, “baning” someone once meant “to kill, especially with poison” while a person who had been “baned” had been “killed with poison.” This verb is now obsolete and, much like the noun bane on its own, you probably won’t hear it a lot in common conversation. This knowledge might come in handy if you ever find yourself reading through Old English texts, though, or are a writer interesting in bring back antiquated usages of words.

So, next time you say your cat is the bane of your existence, just be happy it isn’t actually going to kill you like a real “bane” would… or is it!