The Most Dangerous Profession: The Human Cannonball 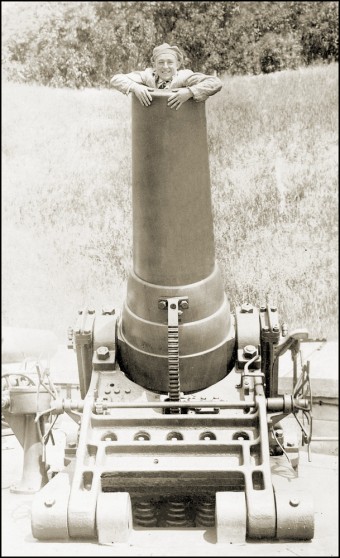 Whenever there is a list released of the world’s most dangerous jobs, tree loggers, steelworkers, electrical power-line installers, and fisherman usually are the professions that populate the list.  But none of those things are nearly as dangerous as being propelled out of a long cylinder tube, flown through the air completely untethered, and attempting to land safely on the ground. As you’ll soon see, when the Bureau of Labor Statistics recently listed logging as the most dangerous job in America at 127.8 deaths per 100,000… well, let’s just say that’s laughable compared to the death rates of the human cannonballers.

The human cannonball first entered the public consciousness in the late 19th century. In 1871, an Englishman named George Farini developed a mechanism he called a “projector.” Made out of heavy springs and Indian rubber, it was simply a platform with the springs. It looked nothing like a cannon; but when released, it shot the person (or whatever was on the platform) forward.

He applied and a received a patent for his contraption on June 13, 1871.  Two years later, in 1873, the “projector” made it’s first appearance to the American public (it’s unknown when/if he showed it to an English audience) at the well-known Broadway theatre, Niblo’s Garden, in New York City.

Due to Farini’s own girth, he himself was not the person who went flying into the air that night. Instead, “Lulu,” a petite young man dressed in woman’s clothes who George had trained, was the performer. When George let go of the latch holding the spring, Lulu shot thirty feet into the air and grabbed the bars of trapeze hanging down from the ceiling. The crowd went wild. George and Lulu were a hit and took to the road with their circus act . By 1875, Lulu was known as the “Queen of the Trapezists,” but their act would be eclipsed by a new innovation in the human projectile industry.

There are conflicting accounts of who performed the first human cannonball act- “The Australian Marvels” Ella Zuila and George Loyal, or 14 year old Rossa Matilda Richter, also known as “Zazel.”  According to circushistory.org, the Aussies first began doing their act in Sydney in 1872 with George being shot out of a large cylinder and Ella catching him as she hung from a trapeze bar.

Other sources claim that Zazel was the first human cannonball when she performed the same type of stunt in front of a live audience at the Royal Aquarium in London in 1877. She would later be recruited and become part of P.T. Barnum’s show. But, of course, if the dates are to be believed, Zazzle appears to have been second, contrary to many reports.

Either way, the human cannonball thrilled audiences. The danger, the excitement, and the bravery grabbed the attention of everyone watching. The best circuses of the time, including PT Barnum’s and Yankee Robinson Circus (where Zuila and Loyal eventually performed their act in America), saw this and knew it had to become a staple of their show.

The mechanics of shooting a human from a cannon are actually not that complicated. In fact, the so-called “cannon” is technically not a cannon at all. Gunpowder, commonly found in normal cannons, has historically never been the impetus for the human cannonball act (though sometimes, for dramatic effect, gunpowder is used on the outside to give it more “visual intrigue”).

Instead, compressed air or, less often, bungee cords are used to shoot off the living projectile. Like any act, secretive performers are often hesitant to reveal the exact science behind their own mechanism, but the devices tend to work more like a catapult or push sled. Quite simply, someone crawls into the barrel and compressed air pushes the platform under them up at a force of 3,000 to 6,000 pounds per square inch (psi) of pressure.  The platform stops at the muzzle of the cannon, but the human inside keeps going, high into the air.

Traveling upwards of 70 miles per hour (the world record is 74.6 mph or 120.057 km/hr), these human missiles can be shot to as far 200 feet away and reach an altitude of upwards of 75 feet. It has even been reported that human cannonballs have been known to blackout in mid-air, due to the extreme G-force (as much as nine times normal gravity). And if all of this doesn’t quite meet your danger quota, landing is actually the most hazardous part of being a human cannonball.

Prior to launch, the stunt men and women have already meticulously and carefully set up nets or inflatable targets to catch them. Despite these targets measuring usually around 50 by 25 feet, they still are frighteningly small to a person flying 200 feet through the air.

Before any audience members have arrived, the crews test these targets by placing stuffed dummies (the same weight as their human counterpart) into the cannon and shoot them off to see where they land and if the target can hold them. They adjust accordingly. If all the tests go well, the act proceeds as usual. If not, performers will cancel their performance. Unfortunately, it’s when the tests don’t reveal a potential flaw or when a performer doesn’t cancel despite uncertainty that a tragedy happens.

The late British historian, A.H. Coxe, once estimated that of the 50 people who had made human cannonballing their profession up to that point, 30 died doing the act — most due to target issues.

Others have been severely hurt. Rossa Matilda Richter, our 14-year-old cannonball pioneer, broke her back while working for PT Barnum when she missed her target. On June 8, 1987, Elvin Bale, while performing for the Barnum & Bailey circus, overshot his landing target due to the dummy they tested being wet and, therefore, heavier. He ended up paralyzed in both legs. Others were not so lucky. In front of two thousand spectators in 2011, Matt Cranch was performing as a human cannonball for the first time. He was shot into the air and had reached approximately 40 feet high, but on the way down his netting collapsed. He landed head first, dying on impact.

Despite the dangers, there have been plenty of successful and famous human cannonballs. And, often, it was a family affair. The Zacchini family, usually working under a contract with Ringling Circus, became the name in human cannonballing for most of the 20th century. Beginning in the 1920s, five of the family’s seven brothers took to the skies and the family would continue to perform until the 1990s. Brothers Victor and Hugo developed a double-barrelled version of their act. Brother Mario once flew over two Ferris Wheels.

Today, the biggest names in human cannonballing belong to the Smith family, mainly David “Cannonball” Smith and his son, David “The Bullet” Smith Jr. In fact, David Sr. held the world record for longest human cannonball flight until May 2011 when his son broke it, which is preferable to the types of things so many other human cannonballers break during the course of their careers.