The Origin of the Phrase “The Whole Nine Yards” 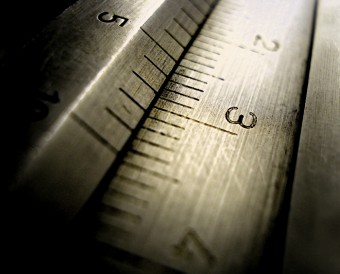 For those outside of North America who aren’t familiar, “the whole nine yards” is an American phrase which loosely means “everything” or “the full extent of something.” As to the exact origin, it’s a slight mystery.  One linguist called it “the bigfoot of word origins” because there are so many different origin theories about this phrase, but none of them can be proven and many can be easily debunked. You’ll hear a lot of people say with conviction that they know exactly where the expression came from, but this is simply not true. Most of what you hear is, well, hearsay.

Here’s what we know for sure: the first time we found the phrase in print was in 1956 and 1957 in the Kentucky Happy Hunting Ground, a publication put out by the US Department of Fish and Wildlife Resources. Talking about hunters, author Ron Rhody wrote:  “So that’s the whole nine yards.” (1956) and “These guys go the whole nine yards—no halfway stuff for them.” (1957)

The great thing about this phrase entering American slang relatively late in the game is that the author of that article was still around to question when linguists started getting curious about the phrase’s origin. Unfortunately, Rhody didn’t have much to contribute. According to him, the phrase was making the rounds in Kentucky in the late 1950s, but he didn’t know who had said it first or why.

“The whole nine yards” continued to show up in various publications throughout the 1960s, picking up steam toward the end of the decade when it could be found in newspaper advertisements, such as this one for a house in Florida, published in 1969:

Four bedroom home, located in Country Club Estates. Running distance from Golf Course. Completed and ready to move in. This home has ‘the whole nine yards’ in convenience.

From there, the phrase continued to catch on, becoming popular enough to be used as the title of a movie starring Bruce Willis and Matthew Perry.

That’s it for “the whole nine yards.” There is, however, a bit more to the story (or a bit less, depending on how you look at it): a couple of 1912 articles that contain the phrase “the whole six yards.”

These articles, published in Kentucky’s The Mount Vernon Signal, mentioned telling “the whole six yards” of a story, meaning the phrase likely meant what “the whole nine yards” means today. They were followed by another mention in 1916 in the same paper, and a 1921 article titled “The Whole Six Yards of It” which made no mention of the phrase in the actual article (about baseball).

It’s thought by some, though mostly just speculation, that the number was upped to nine at some point in the phrase’s history, much like how “Cloud 7” has become “Cloud 9.” Nine is considered a “perfect” number in numerology.

The question still remains, “yards of what?” The editor of the Oxford English Dictionary, Jesse Sheidlower, has an answer, but it isn’t one fans of fanciful origin stories are going to like. On the topic, Sheidlower says,

The existence of a six-yard variant shows pretty clearly that this is not about yards of anything. It’s just a random number.

That said, the six-yard variant was only recently discovered, and it’s possible that with this new information the origin of the phrase could eventually emerge. The number and the early-20th century timing do disprove nearly all of the theories about the nine-yard version, though. In case you’re still unconvinced, however, here is a selection of those theories and further explanations about why they probably aren’t true:

So, in the end, where did “the whole nine yards” come from?  Despite it being a very recent phrase, we just don’t know. But at least now hopefully you won’t be fooled by any of the above false etymologies.