The Remarkable Life of the Colorful Female Aviator “Pancho Barnes” 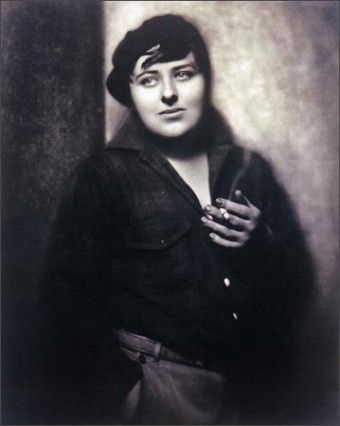 Today I found out about the remarkable Pancho Barnes, a famous aviatrix and the founder of the Happy Bottom Riding Club.

It could be argued that flying was in Pancho’s blood. Born into a wealthy family in 1901, Florence Leontine Lowe, as she was originally known, grew up in a large mansion in California. Her family’s wealth was built on aviation. Pancho’s grandfather was Thaddeus S.C. Lowe, the man responsible for establishing the United States’ first military air unit during the Civil War. The Union Army Baloon Corps might have been made up of hot air balloons rather than airplanes, but it was fairly revolutionary in its time. It was also Grandpa Lowe who took Pancho to her first air show when she was ten years old, cementing her love of flight at a young age.

Despite being born into wealth, Pancho resisted the expectations of rich society from a young age. Her father was an avid outdoorsman who allowed Pancho to join him in sport while her mother was busy caring for a sick uncle. She was treated like a son rather than a daughter, and she liked it that way. She was given a Thoroughbred horse for her fifth birthday and won her first equestrian trophy later that same year.

Not only was she a tomboy at home, but after a brief stint of home schooling, she was sent to Padadena Elementary School where she was the only girl in a classroom with twenty-three boys. Not much is known about the quality of education she received in the usual subjects, but she did learn to run fast, spit, curse, and fight better than her peers. When they learned of her behaviour, her parents eventually moved her to a Catholic boarding school. Barnes promptly ran away to Tijuana on horseback after two years.

When she eventually graduated from an Episcopalian boarding school, Pancho announced to her parents that she wanted to be a veterinarian. At the time, this was an unheard of profession for women and a particularly appalling idea to her well-to-do mother, who encouraged her daughter to pursue a more lady-like profession. Though she resisted becoming a lady, a marriage between Pancho and an Episcopalian reverend was arranged. Pancho looked at it as a shot at independence rather than being tied down—at least she could break free from her demanding mother!

Thus, Pancho married Reverend C. Rankin Barnes in 1921 and they had a child together nine months later.

Needless to say, Pancho was bored stiff being a preacher’s wife. She took a shot at teaching Sunday school, but it didn’t quite live up to her childhood adventures on horseback. Luckily, she had some success in Hollywood, where she was hired to ride horses in movies. She was such a good rider that she could even carry a camera on her shoulder while on horseback, making around $100 every day doing  just that. (About $1000 today.)

The money went straight into hiring a cook, nanny, and housekeeper—with the servants effectively taking over Pancho’s duties as a housewife and mother.

When Pancho’s mother died when she was just twenty-two years old, her father remarried a woman just a few years older than Pancho was. In a fit of anger, Pancho ran off and started a series of affairs with men who weren’t boring, upstanding Episcopalian preachers as a kind of revenge.

Her family soon caught wind of her shenanigans. Pressured to leave due to the family’s embarrassment, she signed up to crew a banana boat headed for South America with some of her friends. Dressing as a man and taking on the name Jacob Crane, Pancho set sail for Mexico. She and the crew soon discovered that they were running weapons and ammunition to revolutionaries there. When they landed, not everything went as planned. The ship was boarded by Mexican guards who held the crew hostage for six weeks. Only Pancho and one other crew member had the courage to escape from their captors.

The two escapees stole a horse and started their journey back to the States. It was during this stint that Pancho earned her nickname. She said that her partner looked a bit like Don Quixote, and he said that that made her “Pancho,” mistaking the name of the character “Sancho.” Even with the mistake, Pancho decided she quite liked the sound of “Pancho Barnes” and the name stuck with her until her death.

After returning to California, Pancho sought her next great adventure.  In 1928, she began taking flying lessons and took her first solo flight after just six hours of instruction. She went on to become one of the first female pilots to earn her license in the United States, and in 1930 she beat Amelia Earhart’s speed record. Buying herself a $5,500 plane, she decided to turn her hobby into an enterprise, earning money from being a test pilot and doing promotional flights. Later, she also became a stunt pilot, returning to Hollywood to feature in movies again—this time in a metal bird rather than on a horse.

Unfortunately, Pancho lived a lavish lifestyle. She wasn’t used to saving money and tended to spend it on parties for her friends and additional real estate that she wouldn’t use. By 1935, she ran out of funds and moved to a small house on an alfalfa farm in the middle of nowhere, where she stayed with her horses and airplane. Her son, Billy, helped out on the farm every now and then—he had been living with his dad while his mother went adventuring, but enjoyed the freedom of the farm. Pancho was also visited by flyboys and her Hollywood friends, which unfortunately didn’t do her pocketbook much good.

During this time, she continued to host a string of lovers as well. In 1939, her first husband asked for a divorce that had been a long time coming. She then married Robert Hudson Nichols, Jr. shortly after the divorce, but the union lasted just two weeks. In 1944, she was visited by a show dancer named Don Shalita, who she married and lived with for a whole four months. She remarried in 1952 for a fourth time to Mac McKendry. The reception was a lavish affair, with a 50-pound wedding cake, 16 gallons of Jell-O, and the one and only Lassie as entertainment.

When Pancho received an inheritance upon her uncle’s death, she started enhancing her property. She put in runways and encouraged pilots to fly in and tie up their planes for free, as long as they purchased oil and gas from her. She also converted the guest house, adding more private bathrooms. Her property even boasted a repair shop and a flight school. She called it a “modern flying dude ranch” and advertised for families to join her for just $49 per week. But Pancho wasn’t one to miss out on the old days—she also created a private club called “The Happy Bottom Riding Club” exclusively for her pilot and Hollywood buddies, where they could drink and tell stories. Illegal liquor was flown in from Mexico and “hostesses” waited the tables and danced with the guests. The pilots’ wives seemed to think that those women did more than “hostess” but Pancho denied the claims.

Pancho was at the height of her happiness then, but it wouldn’t last. In 1952, the government started buying up the land around the Edwards Air Force Base to build a long runway, and that meant Pancho’s beloved Happy Bottom Riding Club was on the chopping block. After a series of law suits, the government finally won the title to Pancho’s property, and she was given $185,000 ($1.5 million today) as recompense.

She tried to start over, but Happy Bottom had taken her twenty long years to build. Pancho still had trouble managing her money which wasn’t good for business. She was also diagnosed with breast cancer and underwent a double mastectomy. As if that wasn’t enough, her relationship with her fourth husband crumbled soon after, and while it was the longest relationship she’d maintained—lasting almost ten years—she filed for divorce in 1962. She did end up leaving Mac McKendry her worldly possessions in her will, though, so she must have liked him better than her previous husbands.

Pancho wasn’t able to get back on her feet. She died in 1975 in less-than-glamorous surrounds; it’s thought that breast cancer was the ultimate cause of death. Her ashes were scattered over her old ranch. Despite falling from grace toward the end of her life, Pancho was always upbeat. As she liked to say, “When you have a choice, choose happy!”

As to perhaps being somewhat overlooked as a pioneering female aviator over the much more widely publicized Amelia Earhart and Harriet Quimby, among others- largely due to Poncho’s “unladylike” exploits and penchant for off-color quotes like, “Flying makes me feel like a sex maniac in a whorehouse with a stack of $20 bills”- her response to such observations was, “Hell, [I] had more fun in a week than those weenies had in a lifetime!”