How the Speed of Light was First Measured 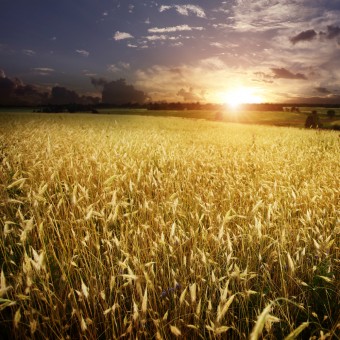 The speed of light in a vacuum stands at “exactly 299,792,458 metres per second“. The reason today we can put an exact figure on it is because the speed of light in a vacuum is a universal constant that has been measured with lasers; and when an experiment involves lasers, it’s hard to argue with the results. As to why it comes out somewhat conspicuously as a whole number, this is no coincidence- the length of metre is defined using this constant: “the length of the path travelled by light in vacuum during a time interval of 1/299,792,458 of a second.”

Prior to a few hundred years ago, it was generally agreed or at least assumed that the speed of light was infinite, when in actuality it’s just really, really, really fast-  for reference, the speed of light is just slightly slower than the fastest thing in the known universe- a teenage girl’s response time if Justin Bieber were to say on Twitter, “The first to reply to this tweet will be my new girlfriend.”

The first known person to question the whole “speed of light is infinite” thing was the 5th century BC philosopher Empedocles.  Less than a century later, Aristotle would disagree with Empedocles and the argument continued for more than 2,000 years after.

One of the first prominent individuals to actually come up with a tangible experiment to test whether light had a speed was Dutch Scientist, Isaac Beeckman in 1629. Despite living in a time before lasers- which gives me the chills just thinking about- Beeckman understood that, lacking lasers, the basis of any good scientific experiment should always involve explosions of some kind; thus, his experiment involved detonating gunpowder.

Beeckman placed mirrors at various distances from the explosion and asked observers whether they could see any difference in when the flash of light reflected from each mirror reached their eyes. As you can probably guess, the experiment was “inconclusive”.

A similar more famous experiment that didn’t involve explosions was possibly conducted or at the very least proposed by Galileo Galilei just under a decade later in 1638. Galileo, like Beeckman also suspected that the speed of light wasn’t infinite and made passing references to an experiment involving lanterns in some of his work. His experiment (if he ever conducted it at all), involved placing two lanterns a mile apart and trying to see if there was any noticeable lag between the two; the results were inconclusive. The only thing Galileo could surmise was that if light wasn’t infinite, it was fast and that experiments on such a small scale were destined to fail.

It wasn’t until Danish Astronomer, Ole Römer entered the fray that measurements of the speed of light got serious. In an experiment that made Galileo flashing lanterns on a hill look like a primary school science fair project, Römer determined that, lacking lasers and explosions, an experiment should always involve outer space.  Thus, he based his observations on the movement of planets themselves, announcing his groundbreaking results on August 22, 1676.

Specifically, while studying one of Jupiter’s moons, Römer noticed that the time between eclipses would vary throughout the year (based on whether the Earth was moving towards Jupiter or away from it). Curious about this, Römer began taking careful notes about the time I0 (the moon he was observing) would come into view and how it correlated to the time it was usually expected. After a while, Römer noticed that as the Earth orbited the sun and in turn got further away from Jupiter, the time Io would come into view would lag behind the expected time written down in his notes. Römer (correctly) theorised that this was because the light reflected from Io wasn’t travelling instantaneously.

Unfortunately, the exact calculations he used were lost in the Copenhagen Fire of 1728, but we have a pretty good account of things from news stories covering his discovery and from other scientists around that time who used Römer’s numbers in their own work. The gist of it was that using a bunch of clever calculations involving the diameter of the Earth’s and Jupiter’s orbits, Römer was able to conclude that it took around 22 minutes for light to cross the diameter of Earth’s orbit around the Sun.  Christiaan Huygens later converted this to more commonplace numbers, showing that by Römer’s estimation, light traveled at about 220,000 kilometres per second.  This figure is a little off (about 27% off) from the figure noted in the first paragraph, but we’ll get to that in a moment.

When Römer’s colleagues almost universally expressed doubt in his theory about Io, Römer responded by calmly telling them that Io’s 9th of November eclipse in 1676 was going to be 10 minutes late. When the time came, the doubters stood flabbergasted as the movement of an entire celestial body lent credence to his conclusion.

Römer’s colleagues were right to be astounded in his estimation, as even today, his estimation of the speed of light is considered to be amazingly accurate, considering it was made 300 years before the existence of both lasers, the internet, and Conan O’Brien’s hair. Okay so it was 80,000 kilometres per second too slow, but given the state of science and technology at the time, that is remarkably impressive, particularly given he was primarily just working off a hunch to begin with.

What’s even more amazing is that the reason for Römer’s estimation being a little too slow is thought to have less to do with any mistake on his part and more to do with the fact that the commonly accepted diameter of the Earth’s and Jupiter’s orbits were off when Römer did his calculations. Meaning yes, Römer was only wrong because other people weren’t as awesome at science as he was. In fact, if you slot the correct orbit numbers into what is thought to be his original calculations from reports before his papers were destroyed in the aforementioned fire, his estimation is nearly spot on.

So even though he was technically wrong and even though James Bradley came up with a more accurate number in 1729, Römer will go down in history as the guy who first proved that the speed of light was not infinite and worked out a reasonably accurate ballpark figure on what the exact speed was by observing the movements of a speck orbiting a giant ball of gas positioned about 780 million kilometres away. That right there ladies and gentlemen is how a badass, lacking lasers, does science.