The Truth Behind Truth Serum Drugs 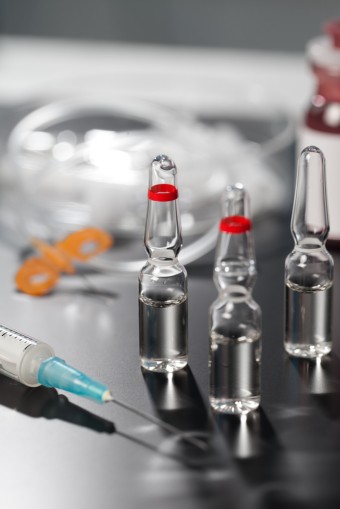 It sounds like something taken directly from the pages of Harry Potter—truth serum, or drugs that “make people tell the truth.” Somewhat recently a U.S. judge approved the use of truth serum on James Holmes, the accused Aurora, Colorado “Batman” shooter. So clearly the answer to your question must be that truth serums do exist right?  Well, in short- yes… and no.

A type of “truth serum” was “discovered” by physician Robert Ernest House, an obstetrician. House noticed that women given a cocktail of drugs, such as morphine, chloroform, and scopolamine during child birth would often speak extremely openly about things they normally would be very inhibited about.  He then made the somewhat suspect leap to thinking the women not only were more willing to speak candidly when under the influence of these drugs, but were even unable to speak lies in this state.

House then worked closely with patients with mental disorders and conducted research on their condition using some of these drugs. Specifically, in 1924, he experimented with scopolamine hydrobromide and found, as with the women in childbirth, his patients would fall into a mental state that made them more impressionable in terms of getting them to be willing to reveal what they thought was true. According to House, the patients were also not able to hide their reactions to certain statements, with the drug inhibiting their usual responses. House worked closely with criminologists for the next six years before his death in 1930, using scopolamine hydrobromide to determine the guilt or innocence of numerous individuals accused of crimes, despite the fact that the effectiveness of the drug was highly questionable.

Scopolamine hydrobromide isn’t the only “truth serum.” Truth serum refers to a number of psychoactive medications which alter a person’s cognitive ability in such a way as to make the person more susceptible to divulging information they would not have otherwise done.  In that sense, even alcohol can be used as such a serum at times.

The way most of the popular “truth” serum drugs typically work is by placing the patient into a “twilight sleep,” a state where the patient is conscious and unable to feel pain.  They usually can’t remember anything between the time the drug is administered and the effects wear off, which can be handy in convincing the subjects that they revealed more than they actually did after the fact, thus perhaps inducing a confession that way.  While in the drugged state, the patient becomes relaxed and calm and typically feels warmth and closeness toward the interviewer, which would engender feelings of trust and provide an environment in which the patient would be more likely to tell the truth.

Studies have been carried out to see how reliable truth serum is. However, very few of the studies have lived up to normal scientific standards to determine effectiveness, though most seem to indicate that, while some truth serums do work in some case, in just as many other instances with the same drugs, they don’t work. Specifically, tests carried out on patients under the influence of Amytal, another popular truth serum, showed that they were capable of telling lies and that many supposed “truths” were likely a combination of fact and fiction. A person is also highly “susceptible to outside suggestion” under the influence of the drug, meaning that they might agree to something that the interviewer says even if it isn’t true.  Subjects also sometimes randomly make things up for no apparent reason. Thus, any information given under the influence of a truth serum needs to be corroborated by other evidence in order to weigh whether it is actually true.  This doesn’t mean the use of “truth” serum can’t be effective.  For instance, sometimes people can be lead to reveal things that lead the police to other hard evidence and sometimes a subject can be convinced they admitted to something under the influence of the drug or frightened into revealing part of the truth as they are afraid of what they might say when drugged. So testers simply need to realize that they can’t take anything said at face value.

Of course, there are also moral and legal issues to be considered when using truth serum, effective or not. In 1963, the Supreme Court heard the case Townsend v. Sain, the petitioner was a man confessed to a murder while under the influence of “truth serum” drugs and believed that his constitutional rights had been violated. He argued that the usage of the drugs resulted in him being coerced into confession without the due process of law, which went against the Fourteenth Amendment. The Supreme Court ruled in the accused’s favour, holding that confessions resulting from the use of truth serum were “unconstitutionally coerced.”

After the case, truth serums became less popular in the United States. However, the CIA is known to have extensively tested and used various “truth” serums over the years and it wouldn’t be surprising if they still do today.  Further, despite the Court’s ruling, as mentioned, a judge recently approved the use of truth serum in the case of James Holmes, the man accused of the Aurora, Colorado theatre shootings in 2012.  However, in this case, the drugs are not being used to determine whether he’s guilty or not.  Rather, the truth serum is being used to determine whether or not the “guilty by reason of insanity” plea would be valid here- i.e. whether he’s feigning insanity to avoid prison.

Even with this, as you can imagine, the ruling is highly controversial as it is in defiance of the previous Supreme Court ruling. In this case, individuals believe that the accused’s Fifth Amendment rights—the right to remain silent—are being violated, as Holmes would not be in the right state of mind to stop himself talking if he wanted to.

While real-life truth serum is seemingly not very effective at forcing a person to reveal the truth, it was once considered a fool-proof, fail-safe option to get confessions out of accused criminals. Sometimes it might have worked, but sometimes it probably didn’t. Either way, until a truth serum can be shown to be 100% effective on the level of veritaserum, truth serum will likely not become used very often.  Further, due to the legal issues surrounding its use, perhaps violating people’s rights, even if we had a fool proof truth serum, it still is likely not to be used very often, at least not without consent of the accused.