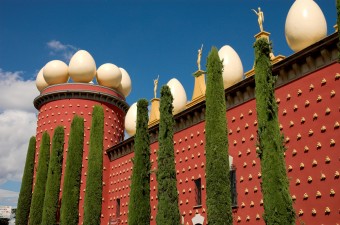 As you seem to have noticed, in the “Humpty Dumpty” nursery rhyme, nowhere does it say that Humpty is an egg, yet he is often presented as such in pictures and stories. The version of the rhyme that most children learn today goes like this:

The first known publication of Humpty Dumpty was included in Juvenile Amusements by Samuel Arnold in 1797. In that version, the last lines read “Fourscore men and fourscore more / could not make Humpty Dumpty where he was before.” Over the next century, the rhyme appeared in numerous books with variations on the lyrics.

These publications did not include the first use of the term “humpty dumpty,” though. According to the Oxford English Dictionary, “humpty dumpty” was first used in the 17th century and referred to brandy boiled with ale. In the 1700s, it was also a term used to describe a short, clumsy person. It has also been a nickname attributed to someone who has had too much alcohol (perhaps imbibing the drink of the same name).

As the popular nursery rhyme is neither a bottle of alcohol nor a person, it is most likely that the nursery rhyme was intended as a riddle. The answer to the riddle, of course, is “an egg”—something that, if it rolled off a wall, could not be mended by any number of people. Today, the answer is so well known that the character of Humpty Dumpty has taken on the appearance of an egg and the rhyme is not considered to be a riddle at all, but a story.

Because of this switch from “riddle” to “story”, many people today believe that there is more meaning to the nursery rhyme than is given in the lyrics. Perhaps, in this instance, we could take advice from Humpty Dumpty himself, as seen in Through the Looking Glass by Lewis Carroll: “When I use a word, it means just what I choose it to mean—neither more nor less.” People will always attribute more meaning to nursery rhymes than was initially intended.

Nursery rhymes are commonly linked to historical events, but it is difficult to prove that imagery in the nursery rhymes represents historical places and figures. Most modern rhymes, after all, are created with the intent of being silly, repetitive, and enjoyable for children to repeat rather than for their historical significance (think “Miss Mary Mack” and other clapping games).

Two of the most popular theories link Humpty Dumpty to two separate historical events. The first is the Fall of Colchester. During the English Civil War in 1648, the town of Colchester was under siege. Supposedly, a man named Jack Thompson was stationed on the walls with a cannon nicknamed “Humpty Dumpty.” Thompson and the cannon managed to do a lot of damage to the advancing Parliamentarian troops, until the cannon eventually tumbled to the ground. Given the size and weight of the cannon, the dozens of men who attempted to lift it back to its place on the wall were unable to do so. Eventually, Colchester was forced to open its gates and surrender. While the siege of Colchester did happen, it is unlikely that Humpty Dumpty refers to anything in the siege as it happened over a century before Humpty Dumpty was recorded and there is no documented connection between the two.

The other popular theory is that Humpty Dumpty represented King Richard III. , called the “humpbacked king”. (He supposedly was a hunchback, though recent evidence seems to indicate Shakespeare was wildly exaggerating on this point, with Richard actually apparently having scoliosis which made his right shoulder higher than the left, but otherwise no hunch).  In 1485, Richard III fought at the Battle of Bosworth. In this “humpty dumpty” origin story, it was said that either his horse was named “Wall” or his men, who abandoned him, were representative of the “wall.” Either way, the king fell off his horse and was supposedly hacked to pieces on the field—thus no one could put him together again. Several problems exist with this theory, the least of which being that the term “humpbacked” didn’t exist in King Richard’s day, nor for several centuries after. (The term “hunchback” also didn’t first pop up until the 18th century). Much more importantly was that the king’s remains were recently found largely intact save for a bludgeon to the head which probably killed him. Additionally, other than pure speculation, as in the previous “siege of Colchester” theory, no solid historical evidence has been found that shows that King Richard III was the inspiration for Humpty Dumpty.  And, indeed, one of the reasons it’s so often connected, because of the “all the king’s horses and all the king’s men” bit, as noted, wasn’t even in the original version, being the more generic “fourscore men and fourscore more”.

The historical events that have been linked to “Humpty Dumpty” provide excellent stories, but are based on pure speculation. Given the actual evidence at hand, it is far more likely that Humpty Dumpty was not intended to be a story, but rather just a riddle posed to children for their amusement.  The answer to the riddle, as stated, is “an egg”, which is why Humpty Dumpty today is nearly always depicted as such.