Origin of the Term “Smart Alec” 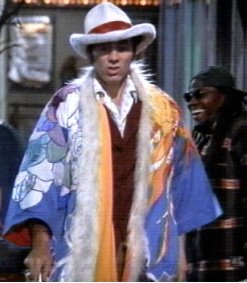 Today I found out the origin of the term “Smart Alec”.

It was once thought this term was simply generic and that Alec wasn’t actually a real person.  However, relatively recent research by various etymologists such as Professor Gerald Cohen, in his1985 work “Studies of Slang”, has shown, based on considerable newspaper article evidence, that “Alec” was actually very probably a real person, namely Alec Hoag.

Hoag was a pimp and a thief in New York City in the 1840s.  Partnered with his wife Melinda and another known as “French Jack”, they would rob his wife’s “customers” while she otherwise distracted them.

They started out by simply having his wife lead the victims into dark alleys where, at some point, she’d pick their pockets then embrace them and hold her hand out behind them where Hoag would be hidden within arm’s reach to grab the stolen goods.

Inevitably, some of these men would go to the police to report the theft.  To get around the problem of potential police snooping around, Hoag enlisted the help of a couple of these police officers for protection and split the stolen goods with them.

Hoag’s downfall came when he ran into some financial difficulties and ended up not giving the officers their fair share.

Initially, he got away with this by operating a “panel game” con.  How this worked was Melinda would bring the men back to her apartment.  Next, according to the editor of the Subterranean, George Wilkes, who spoke with Hoag in prison,

Melinda would make her victim lay his clothes, as he took them off, upon a chair at the head of the bed near the secret panel, and then take him to her arms and closely draw the curtains of the bed.  As soon as everything was right and the dupe not likely to heed outside noises, Melinda would give a cough, and the faithful Alec would slyly enter, rifle the pockets of every farthing or valuable thing, and finally disappear as mysteriously as he entered.

Sometime after that, Alec would bang on the door and Melinda would make out that he was her husband who had returned early from some trip.  The victims would hastily grab their clothes and escape through the window.

The police who Hoag was paying off soon discovered he was cheating them out of their share  with this new con and arrested Hoag and Melinda.  Hoag promptly escaped from prison, with the help of his brother, but was eventually recaptured.

Alec Hoag was then given the nickname “Smart Alec” by the police for being too smart for his own good.  The thought is that the police then used this term when dealing with other criminals who seemed a little too smart for their own good, often thinking of ways around giving police their payoffs: “Don’t be a Smart Alec”.

This term, as an expression, then took about 20 years to germinate and eventually found its way in print in 1865 and popular culture shortly thereafter.