The Origins of the Lorem Ipsum Dolor Text 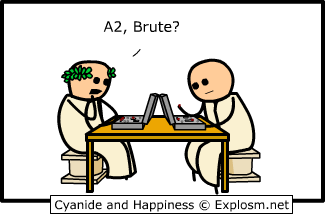 Today I found out where the “Lorem Ipsum Dolor” text comes from and what it means. For those of you who don’t know, the “Lorem Ipsum Dolor” text has been used since about the 1500’s as a sort of placeholder text in typesetting, printing, and now in such electronic media as graphical, software, and web development. It’s used to show what the space will look like when the “real” text is put in, without distracting the viewer from the design with text they can actually understand.

Contrary to popular belief, the Lorem Ipsum text is generally not just random Latin words. It actually derives from a text by Cicero written over 2000 years ago, though there is typically some modification done today. Specifically, the original Lorem Ipsum text comes from sections 1.10.32 and 1.10.33 of “de Finibus Bonorum et Malorum” (The Extremes of Good and Evil) by Cicero. This text is a treatise on on the theory of ethics.

Lorem Ipsum got it’s start being used in printing around 500 years ago and has pretty much been universally used as placeholder text every since. The text works well as a placeholder because it has a relatively uniform look to it and appears like normal readable text.

The specific “Lorem Ipsum” text, roughly translates to the following:

“Nor again is there anyone who loves or pursues or desires to obtain pain of itself, because it is pain, but occasionally circumstances occur in which toil and pain can procure him some great pleasure. To take a trivial example, which of us ever undertakes laborious physical exercise, except to obtain some advantage from it? But who has any right to find fault with a man who chooses to enjoy a pleasure that has no annoying consequences, or one who avoids a pain that produces no resultant pleasure?”