The Song “Happy Birthday” is Copyrighted and Brings in About $2,000,000 Per Year to the Copyright Holders 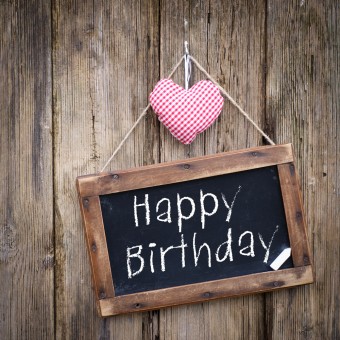 Today I found out the song “Happy Birthday” is copyrighted and brings in about $2,000,000 per year to the copyright holders (currently an investment group that purchased Warner Music who in turn was the most recent owner of the copyright for the song).

The copyright for the words and music of “Good Morning to All” has since expired and the song is part of the public domain.  Interestingly, this tune was almost exactly like popular songs of the day “Happy Greetings to All”; “Good Night to You All”; “A Happy New Year to All”; and many others.

So how did “Good Morning to All” become “Happy Birthday to You”?  Nobody knows, but this didn’t stop a lot of people in the last 100 years from making a boatload of money on the simple song.

The tune itself, with the lyrics “Good Morning to All”, was originally published in a songbook “Song Stories for the Kindergarten”.  The tune combined with the lyrics first showed up around 19 years later in a 1912 songbook, without including any credits or copyright notices.  It is thought that the song predates this songbook and perhaps was commonly sung at this time, though no print references have been found before this.

Fast forward to 1935, where the Summy Company registered for the copyright for the song Happy Birthday, crediting authors Preston Ware Orem and Mrs. R.R. Forman.  This was the same company that originally published the “Good Morning to All” song for the Hill sisters and at the backing of the surviving Hill sister, applied for the copyright.  Previous to this, Happy Birthday was published in numerous song books throughout the country with various composers being referenced and no copyright stated.  Once they received the copyright, the Summy Company then formed a separate company, Birth Tree Group Limited, to protect the song’s copyright.

Now, it should be noted here that neither of the Hill sisters had any children and, at the time of the copyright, the one who wrote the simple music tune itself was long dead.  Currently, the proceeds of the copyright are presumed to be all profit for the company that owns the copyright, though it is rumored that perhaps the Hill sisters nephew (from their other sister) receives a portion of the annual income from the song, but this has never been publicly confirmed.

So here’s where the legal fun begins.  The company that currently owns the song, Warner Music, which is owned by an investment group, claims that the song is still copyrighted, even though most legal experts say otherwise; indeed, many say that it should have never been copyrightable due to the fact that no one knows who put the words to the tune and the tune itself, or an extremely similar version, was very common at the time when the Hill sisters used it in their “Good Morning to All” song.  The exact tune, as applied to “Good Morning to All”, is also in the public domain.  So if the tune is in the public domain and nobody knows who put the words to the tune, then nobody should hold the copyright.  That’s the argument.

Warner music, however, still insist that the copyright doesn’t expire until 2030.  Through this, they make a couple million per year collecting revenue from any film, tv show, radio, or public performance of the song.  This includes if you were to sing Happy Birthday to someone in a restaurant, for instance, which is why restaurants that have their employees sing a Happy Birthday song make their own.

Basically, the only legal way you are allowed to sing Happy Birthday to anyone without paying is if it’s a small gathering of family and/or friends and not in a public setting.  You also aren’t allowed to have someone not a family or friend be the lead performer of the song in these small groups.  Any other place you want to sing it, you have to pay or you are violating their copyright, according to them.

Professor of law Robert Brauneis disagrees, “It is almost certainly no longer under copyright.  Many question the validity of the current copyright, as the melody of the song was most likely borrowed from other popular songs of the time, and the lyrics were likely improvised by a group of five- and six-year-old children who never received any compensation.”