Mike P. asks: Who invented the huddle in football? Prior to the twentieth century, American football teams tended to call their plays via a quarterback simply giving signals while the team either stood in more or less a generic near-set position or back from the line a bit as the quarterback called out what they’d do next. So where did […]

END_OF_DOCUMENT_TOKEN_TO_BE_REPLACED

The Greatest Trade in Sports History

Jeremy B. asks: Why did the Red Sox trade Babe Ruth? It was 97 years ago this year when the Boston Red Sox gave the New York Yankees a late Christmas present. On December 26th, 1919, Sox of Boston sold their star pitcher and emerging slugger George Herman “Babe” Ruth to the Yankees of New York for an eventual sum […]

END_OF_DOCUMENT_TOKEN_TO_BE_REPLACED

Jason H. asks: Why is it that every single old photo of a boxer shows them posing the same goofy way? If you go and look up a photo of a boxer from the 19th century, it’s almost certain that the individual will be standing like the gentlemen pictured right. While it may look a little silly to modern fans […]

END_OF_DOCUMENT_TOKEN_TO_BE_REPLACED

Nathan M. asks: How did the idea of using animals as mascots for teams start? During lopsided games or pauses in action, it is the sports team’s mascot that keeps fans entertained. Be it with dancing, shooting t-shirts into the crowds or goading opposing coaches into attacking them, mascots make sports a little more fun – even if a few of […]

END_OF_DOCUMENT_TOKEN_TO_BE_REPLACED

The Quest for the Four Minute Mile

On May 6, 1954, just under one year after New Zealand climber Edmund Hillary and Nepalese mountaineer Tenzing Norgay became the first humans to reach the top of Mount Everest, another seemingly insurmountable barrier was crossed- a human being ran the mile in less than four minutes. The man who did it was 25-year-old British medical student Roger Bannister, finishing […]

END_OF_DOCUMENT_TOKEN_TO_BE_REPLACED

The United States’ First Trip to the Olympics

The 1890s were a gilded age of sports in America. Backed by the country’s moral and intellectual elite in the form of ministers and urban reformers, institutions like the YMCA were popularized, enforcing the rather novel idea of healthful recreation via organized sports. While this may seem obvious to us today, this was only decades after a time when watching […]

END_OF_DOCUMENT_TOKEN_TO_BE_REPLACED

The following is an article from Uncle John’s Bathroom Reader Ted Williams’s lifelong dream was to be known as “the greatest hitter who ever lived.” It’s sad, then, that today many people know him as “that baseball player who got cryonically frozen.” HEADING FOR HOME In the summer of 2001, some old friends went to Hernando, Florida, to pay a […]

END_OF_DOCUMENT_TOKEN_TO_BE_REPLACED

There’s a long history of rulers bragging about their athletic talents. Ancient Egyptian kings sometimes used sporting prowess to show off masculinity and inspire fear. The Roman Emperor Commodus liked to step into the gladiator ring, often asking for already wounded or weakened opponents so he could look superior. (Yes, he was the partial inspiration for the movie Gladiator. Also […]

END_OF_DOCUMENT_TOKEN_TO_BE_REPLACED

Olympians have been bending (and occasionally breaking) the rules in an effort to give themselves an edge over the competition since the games began. Despite this, the International Olympic Committee (IOC) only started testing for performance enhancing substances in 1968, and only seem to have really started taking the issue seriously in the 1990s. As for the 1968 Games, despite that a […]

END_OF_DOCUMENT_TOKEN_TO_BE_REPLACED

The following is an article from Uncle John’s Bathroom Reader THREE SECONDS TO GOLD! Before 1972 no U.S. men’s basketball team had ever lost in Olympic play. Starting in 1936 (the year basketball became an Olympic sport), U.S. men’s teams won 63 consecutive games—and seven straight gold medals. But just after midnight on September 10, 1972, in Munich, Germany, that […]

END_OF_DOCUMENT_TOKEN_TO_BE_REPLACED

The Barkley Marathons, a 60 Hour Race so Intense Only 14 of Over 1,000 Ultramarathoners Have Ever Completed It

The Brushy Mountain Penitentiary, where they used to house some of the worst of the worst criminals, is located on the eastern side of Frozen Head State Park in the Tennessee mountains. Although escape attempts were rare, the prison’s ideal location reduced the chances of prisoners safely making it back to civilization. Beyond being a maximum security prison, if an […]

END_OF_DOCUMENT_TOKEN_TO_BE_REPLACED 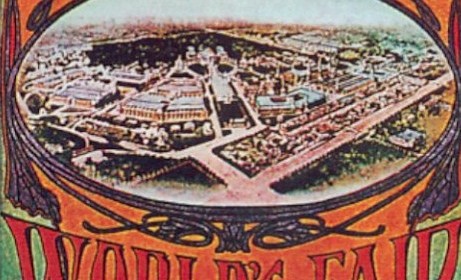 When the United States hosted the Olympics for the first time in 1904, the games had yet to reach the high level of competition and popularity we know today. Although athletes from countries around the world were invited to participate, the games were less about the world’s best athletes competing for medals and more about (actual) amateur athletes competing against […]

END_OF_DOCUMENT_TOKEN_TO_BE_REPLACED

Matt H. asks: Why are boxing rings called that when they are actually square? The earliest known instances of fist fighting as a type of sport date back to around 4000 – 3000 BC, but these historical fights don’t resemble the boxing we know today. They seem to have leaned more toward the “anything goes” method of unarmed fighting. The […]

END_OF_DOCUMENT_TOKEN_TO_BE_REPLACED

In the early 1960s, high school athlete Dick Fosbury probably never imagined that he would set the Olympic high jump record in 1968. The then teenager at Medford High School in Oregon participated in the high jump portion of track and field, but as a sophomore, he failed to clear the 1.5 meter height required to qualify for a number […]

END_OF_DOCUMENT_TOKEN_TO_BE_REPLACED

Mark R. asks: Why do pitchers stand on an elevated mound? Today, the pitcher is probably the most important position on a baseball field. However, this wasn’t always the case. In the early days of the game (see: Who Really Invented Baseball?), the pitcher’s role was merely to toss the ball to players to initiate play, since the real action […]

END_OF_DOCUMENT_TOKEN_TO_BE_REPLACED

Born in Sydney Australia in 1905, Henry Robert Pearce, better known as Bobby Pearce, dominated the world of competitive rowing throughout the 1920s and 1930s and was extremely popular with fans of the sport due to a combination of the ease with which he seemed to best opponents and his affable personality. Perhaps the greatest example of both of these […]

END_OF_DOCUMENT_TOKEN_TO_BE_REPLACED

Meri K. asks: Who invented pole vaulting? Although it’s difficult to find written accounts, it appears that people have been propelling themselves through the air with poles since ancient times. In fact, depictions of people leaping with poles can be found as far back as 400 BC. A practical and inexpensive way to traverse swampy marshy areas, propelling over wet […]

END_OF_DOCUMENT_TOKEN_TO_BE_REPLACED

Alex P. asks: Why are baseball dugouts built below ground? Imagine attending a game with no stadium seating where you have great tickets right near the action on the infield. The pitcher winds up, releases the ball, and as it speeds toward the batter, the runner on third makes an attempt to steal home. When the ball and the runner […]