September 27, 2018 Theodoros II
Kathy B. asks: Why do we call white people Caucasian? 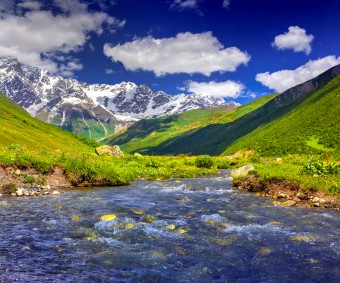 Throughout history a variety of ways to scientifically classify different groups of humans have popped up, most notable to the story today being a system suggested by pioneering social scientist Johann Friedrich Blumenbach, often considered the “father of scientific anthropology.”

However, it is important to note that while Blumenbach’s system did include color as one dividing factor (Caucasian- white, Mongoloid- yellow, Malayan- brown, Ethiopian- black, and American- red), his way of classifying different groups of humans was not intended to be based on just a single divider. In fact, when presenting his classification scheme, he explicitly states before outlining it,

I must prefix a double warning; first, that on account of the multifarious diversity of the characters, according to their degrees, one or two alone are not sufficient, but we must take several joined together; and then that this union of characters is not so constant but what it is liable to innumerable exceptions in all and singular of these varieties. Still this enumeration is so conceived as to give a sufficiently plain and perspicuous notion of them in general.

He then goes on to describe the Caucasian grouping as follows:

Colour white, cheeks rosy…; hair brown or chestnut-coloured…; head subglobular…; face oval, straight, its parts moderately defined, forehead smooth, nose narrow, slightly hooked, mouth small… The primary teeth placed perpendicularly to each jaw…; the lips (especially the lower one) moderately open, the chin full and rounded… To this first variety belong the inhabitants of Europe (except the Lapps and the remaining descendants of the Finns) and those of Eastern Asia, as far as the river Obi, the Caspian Sea and the Ganges, and lastly, those of Northern Africa.

So where did he get the name from? Over the course of his study, he determined that people from the area around Georgia were the ideal archetype for this group. He thus borrowed the name from the Caucasus Mountain Range along the northern border of Georgia. Or, in his own words,

I have taken the name of this variety from Mount Caucasus, both because its neighborhood, and especially its southern slope, produces the most beautiful race of men, I mean the Georgian; and because all physiological reasons converge to this, that in that region, if anywhere, it seems we ought with the greatest probability to place the autochthones of mankind. For in the first place, that stock displays, as we have seen…, the most beautiful form of the skull, from which, as from a mean and primeval type, the others diverge by most easy gradiations on both sides to the two ultimate extremes (that is, on the one side the Mongolian, on the other the Ehiopian). Besides, it is white in color, which we may fairly assume to have been the primitive color of mankind, since, as we have shown…, it is very easy for that to degenerate into brown, but very much more difficult for dark to become white, when the secretion and precipitation of this carbonaceous pigment… has once deeply struck root.

It’s worthy of note here though that, unlike many of his contemporaries, Blumenbach was very outspoken, including writing several essays on the subject, against these sorts of classifications being used to justify various social abuses or stating one group was inherently superior to another.

For example, with regards to those that fell under his Ethiopian classification, he stated,

…I am of opinion that after all these numerous instances I have brought together of negroes capacity, it would not be difficult to mention entire well-known provinces of Europe, from out of which you would not easily expect to obtain off-hand such good authors, poets, philosophers, and correspondents of the Paris Academy; and on the other hand, there is no so-called savage nation known under the sun which has so much distinguished itself by such examples of perfectibility and original capacity for scientific culture, and thereby attached itself so closely to the most civilized nations of the earth, as the Negro.

Blumenbach wrote forcefully of the kindredness of the human races… he opposed the stress on racial hierarchies of worth by more conservative colleagues in his own university and elsewhere in Europe. There existed only one race of people, he insisted, criticizing those like the Dutch anatomist, Petrus Camper, whose “facial angles” proves so useful to scientific racists’ so-called “Great Chain of Being” linking humankind with apes. Camper’s racist elaborators… placed Negroes and Kalmucks as close to apes as to Europeans. Possessing the first known Africana library and sharing the motives of future black bibliophiles, Blumenbach dedicated several pages of his Contributions to Natural History (1806) to the vindication of Ethiopians’ (i.e., Africans’) capacity for civilization. Throughout his work, and especially in the definitive 1795 edition of De generis humani varietate nativa (On the Natural Variety of Mankind), Blumenbach rejected racial hierarchy and emphasized the unity of mankind.

In the end, Blumenbach’s classification system ultimately resulted in “Caucasian” becoming synonymous with “white”, even though in the third edition of his On the Natural Variety of Mankind, he would downplay skin color as a definitive marker, owing to the observation that many European people when exposed to significant sun would become brown.

Ultimately around the mid-20th century this sort of classification more or less went the way of the dodo in the scientific world thanks to the switch to more advanced, genetic classifications of different groups. However, for whatever reason in the late 20th century among the laypeople of America particularly, the use of the term once again rose in popularity. As to why, it’s generally speculated that it had something to do with people being uncomfortable calling a certain group “white” or “black”, instead going with things like Caucasian and African-American.