August 19, 2017 Dusti
This is a weekly wrap of our popular Daily Knowledge Newsletter. You can get that newsletter for free here. 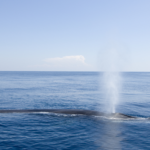 Some refer to the rock-like substance as “floating gold” because of its hue and value. (For reference, 175 pound, 79 kg, lump of it was recently found floating off the coast of Qurayat, netting the fishermen who found it a cool $3 million when they sold it at auction.) Others call it “ambergris,” derived from the Old French “ambre gris,” meaning “grey amber.” But perhaps the most accurate way to describe the prized, rare, hard lumpy substance found floating in oceans and washed up on beaches worldwide is excrement- whale excrement, to be exact. Ambergris is a strong smelling, waxy-feeling, whale emission that’s been used for centuries by humans in…(more) 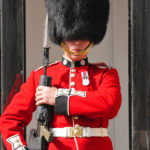 Can the Queens Guards Really Not React to People When on Duty?

“The Queen’s Guard” comprise of various soldiers tasked with guarding the residences of the Queen and, by extension, the Queen herself. Consisting of soldiers (mostly) hand picked from five elite regiments within the British military, the Queen’s Guard are internationally renowned for their stoic dedication to duty. However, contrary to popular belief, these soldiers are permitted to move (and do so regularly, even when just on guard duty and not on parade) and in certain circumstances do react to hecklers or the like. That said, while on duty outside one of the Queen’s…(more) 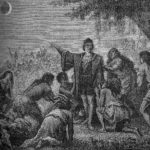 After initially welcoming Christopher Columbus and his crew to Jamaica and supplying them with food and supplies after he became shipwrecked in 1503, the Arawak Indians grew weary of Columbus’ men robbing and cheating them and subsequently halted all trade with their island guests. Without a significant source of food or means to leave, Columbus’ expedition was in serious trouble. Luckily for his crew, he had certain astronomical tables with him, including the Ephemeris compiled by the German astronomer Johannes Müller von Königsberg, better known today by his Latin name, Regiomontanus. In this almanac, Regiomontanus predicted there…(more)

This is a video covering how we come up with ideas, research, and write our articles. The second half of the video, for those interested, is the process for converting the articles to video form. 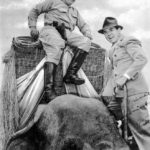 It was supposed to be a glorious and fun-filled summer day at the circus in Hartford, Connecticut. It was July 6th, 1944 and this was the final day that Ringling Bros. and Barnum & Bailey’s “Greatest Show On Earth” was in town. Over 7,000 spectators – most of whom were women and children due to it being a matinee, weekday performance – crowded underneath the big top to watch elephants, lions, a brass band, polar bears, daredevils and plenty of clowns prance and perform. It was about twenty-five minutes into the show when disaster struck, forever transforming the future of the circus. Here’s the story of one of the worst tragedies in American history, the so-called “Hartford Circus Fire.” According to…(more) 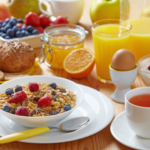 How Did Cereal Become “Part of a Complete Breakfast”

For kids who grew up in the 1980s and 1990s, it was sugary cereal commercials that dotted the television landscape, featuring lucky leprechauns, wise-cracking droids and adorable Gremlins. A common theme among all of them was advocating these products were a “magical part of a complete breakfast“, helping to ingrain that idea into our collective mindset. Of course, anyone who has even a modicum of knowledge about proper nutrition knows that regularly partaking in a massive dose of extremely calorie dense, sugary cereal is not at all needed nor advisable in a “complete breakfast”. So how did we get here? What did people historical eat for breakfast and who was the first to claim eating cereals like mini-ETs was a nutritious way to start the day? To begin with…(more) 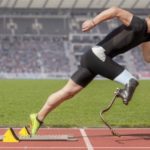 The Interesting Origin of the word “Handicap”

You might have heard that the word originated from disabled veterans in England during King Henry VII’s reign (15th-16th century). Unable to make a living for themselves after war, they were forced to take to the streets with their “cap in hand,” begging for coins. King Henry VII made it legal for disabled people to beg because he didn’t think they could hold down jobs. Disabled individuals, therefore, became known as “handicapped”… It turns out, though, that this is not true—in fact, “handicapped” didn’t take on the “disabled” meaning until the early 20th century. Long before the word meant “disability,” there was a game called “hand in cap.” It was a…(more) 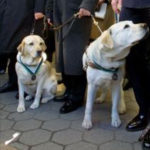 There were many heroes who surfaced twelve years ago on September 11, helping people in need as the Twin Towers crumbled around them. Two you probably haven’t heard of were Salty and Roselle, guide dogs who despite the chaos, calmly led their blind owners to safety after the terrorist attacks. Salty, a yellow lab, was born in 1996 and trained as a guide dog two years later by Caroline McCabe-Sandler of Guiding Eyes for the Blind, a seeing-eye-dog training facility. According to McCabe-Sandler, “Salty liked the fast pace of the city. He was definitely a city dog.” On their walks every day, Salty learned to navigate around obstacles and stop at curbs. Subways, the crowded sidewalks of Manhattan, escalators, and revolving doors were no problem for the dog. After five months of rigorous…(more)