December 11, 2016 Dusti Leave a comment
This is a weekly wrap of our popular Daily Knowledge Newsletter. You can get that newsletter for free here. 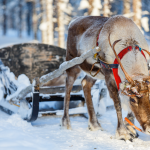 Unlike Santa, elves or even clean coal, reindeer are real. They may not fly, but there’s a good deal of truth around the many myths of Christmas’s favorite animal. Yes, they do live in extremely cold conditions. Yes, they are known to pull sleds. And, yes, their noses really do turn a shade of red given the right conditions. First off, caribou and reindeer essentially are the same animal and are classified as the same species (Rangifer tarandus). They are also both part of the deer family, or cervidae, which also includes deer, elk and moose. However, there are subtle differences. “Reindeer” is often used to describe the domesticated animals, the ones that are herded and employed by humans to pull sleds. They are also often smaller and have shorter legs than their wild brethren. In addition…(more) 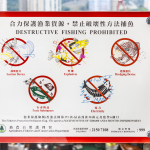 Do People Really Fish with Dynamite?

Fishing with dynamite, or blast fishing as it’s more accurately known, despite sounding like something more suited to a Looney Tunes cartoon, is a genuine and well-documented practice that is still commonplace in select areas of the globe today. This is more than a little unfortunate for the many fish and marine animals that call the oceans and lakes their home due to the invariably cataclysmic impact the practice has on local aquatic ecosystems. Exactly when blast fishing first began is hard to pinpoint, but it should come as no surprise that it seems to have become popular within decades of dynamite being invented…(more) 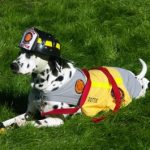 Dalmatians as firehouse dogs have become so common in books and movies that it’s practically a stereotype. It turns out that Dalmatians actually really do have a strong history in the firehouse, and they used to have some purpose, too. Before fire trucks, there were horse-drawn carriages. One of the most effective fire-fighting tools in the middle of the 18th century was the steam pumper- a machine that consisted of a boiler which was able to use steam to force water out of hoses and onto a fire. The fire brigade’s horse-drawn carriages would be loaded up with the machine, the horses would be hitched up, and the vehicle would tear off down the road. When fire fighters were racing off to fight the flames, they didn’t…(more) 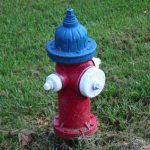 One of the first challenges that firefighters face when they arrive at a fire is finding a suitable water source that provides enough water for the type of fire they are fighting. Common sense tells us a car on fire will require much less water than a burning apartment building. There are formulas used by firefighters that will tell them approximately how much water is needed to fight a given fire (see bonus facts below). Fire hydrants are commonly color coded to indicate how much water a particular hydrant will provide. This allows for quick decision making when they are deciding which hydrant to access. Water supply for firefighting is rated in gallons per minute (GPM) available. In most urban and suburban areas, water supply is from…(more) 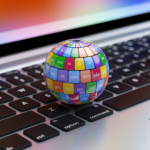 In 1983, Paul Mockapetris proposed a distributed database of internet name and address pairs, now known as the Domain Name System (DNS). This is essentially a distributed “phone book” linking a domain’s name to its address, allowing you to type in something like todayifoundout.com instead of the IP address of the website. The distributed version of this system allowed for a decentralized approach to this “phone book.” Previous to this, a central HOSTS.TXT file was maintained at Stanford Research Institute that then could be downloaded and used by other systems. Even by 1983, this was becoming a problem to maintain, which ultimately led to the Domain Name System. In these Wild West days of the internet when domain names first began to be registered for commercial use, with symbolics.com kicking things off when it was registered to Symbolics Computer Corp. on March 15, 1985, few people had any idea how big…(more) 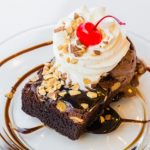 There are many, many origin theories for this one. One of the most often repeated and widely accepted theories is that “brownie points”—imaginary points earned by someone for doing a good deed, and lost by doing something unfavourable—stem from the Brownies, a tier of 7-10 year old Girl Scouts or Girl Guides. The Girl Scout or Girl Guide Brownies took their name from the mythical creature, the brownie. The mythical brownies were known for being kind and helpful and performing household chores while a family sleeps. The girl-brownies are supposed to emulate this behaviour, being quietly helpful without asking for much in return. As a reward for doing good deeds, Brownies receive badges—or, if you’d like, “brownie points.” Many people assume…(more) 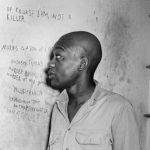 The teenager was Willie Francis, the youngest of 13 children in a poor black family living in Louisiana. Francis supposedly murdered 53 year old pharmacist Andrew Thomas in St. Martinville, Louisiana in 1944. Thomas was found shot five times at close range just outside of his home. Unfortunately for Francis, he had to go through the ordeal of being strapped to the electric chair, “Gruesome Gertie”, and having it switched on both times, with a little over a year separating the instances. The first time he found himself in the chair on May 3, 1946, it was improperly setup as the two in charge of setting it up, Captain Ephie Foster and an inmate who was also an electrician, Vincent Venezia, were drunk…(more)