That Time a Band Made Over $20,000 on a Totally Silent Album on Spotify 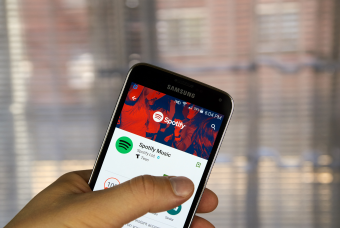 Silence is golden and in 2014 a little known American funk band called Vulfpeck took this to its logical extreme by releasing an entirely silent album on the popular music streaming service Spotify. This ultimately resulted in the band earning a not unimpressive sum of just over $20,000 from the album- their highest earning yet on the service- at which point Spotify removed it. This is the story of Sleepify.

According to Vulfpeck’s front man and keyboardist Jack Stratton, the genesis for Sleepify was a conversation he had with famed music producer Ron Fair. Stratton notes that he was especially intrigued when he learned that one of Fair’s most popular songs, a cover of “Lady Marmalade” he produced for the Moulin Rouge soundtrack, could only legally be obtained at the time if a person purchased the film’s full soundtrack.

Stratton later recalled that Fair was oddly proud of the fact that consumers would have to pay around $18 to listen to that single hit, remarking that Fair referred to it as “a big win”. This got Stratton thinking about how exactly a person could game the music delivery systems in place today, specifically Spotify.

With this goal in mind, Stratton logged on to, to quote him, the band’s “Spotify thing” and attempted to calculate exactly how much money they were making from each play of one of their songs. Stratton eventually came up with the figure of 0.56 cents per play, which was slightly less than the 0.8 cents per play Spotify were claiming at the time, but still gave the band a goal to work towards.

With this figure in mind, Stratton then scoured through Spotify’s terms and conditions and found that the service defined a “play” as a user listening to a single song for more than 30 seconds. This is when Stratton happened upon a rather novel idea- why not just release an album consisting entirely of 30 second long clips of silence?

Although originally conceived of as a way to game Spotify’s royalty payment system, the ultimate goal of the band was rather nobly to fund a free tour for their fans. According to Stratton, the band had received hundreds of requests to play concerts around the states, but simply couldn’t due to lack of funds, as is the case for many non-mainstream musicians.

As to why they thought this trick might be successful, Stratton recalled, “We were kind of operating on the 1,000-fan hypothesis; that this could definitely work if thousands of our fans do this and have Spotify.”

This brings us to the album itself- Sleepify, so-named due to the fact the band intended for it to be played at night while the listener was asleep. The album consisted of ten tracks of total silence, each either 31 or 32 seconds in length. In keeping with the sleep theme, the first song on the album was called “Z”, the second “ZZ”, the third “ZZZ”, and so on.

Initially the album received relatively few plays, being shared primarily by the band’s small fan base on social media shortly after its release in March of 2014.  Soon, though, other bands (including the alternative rock band Cake) and music-based websites began picking up on the stunt, raising the profile of the album considerably to the point that some music publications decided to write reviews of it, including stating things like that the album contained “overriding minimalist aesthetic” and was “a subtle, intriguing work that teases the listener as to what may come next”.

At first, even Spotify found the stunt funny, with a spokesman for the company, Graham James, being quoted as referring to the album as “a clever stunt” and “derivative of John Cage’s work”- a nod to said composer’s composition 4’33” which is a track consisting of four and a half minutes of near-silent ambient noise.

However, Spotify found the whole thing decidedly less funny as the album began to receive millions of plays with no end in sight.

Realising that Sleepify might encourage other artists to similarly try and game their royalty system, the service sent a polite email asking Vulfpeck to take the album down for a “terms-of-service violation”. Despite repeated request from the band to define what exactly this violation was, which is fair considering it didn’t contain anything that could be deemed offensive and at the time Spotify had no rules against silent tracks, Spotify repeatedly refused to explain what the band had done wrong.

So, the band decided to leave the album online, prompting Spotify to remove it themselves- a move the band was more than a little annoyed at, noting,  “It maybe would have reflected better on [Spotify] if they did it right away instead of getting all this press first.”

The band also noted that while Spotify removed their totally silent five and a half minute long album, they still streamed the aforementioned basically silent John Cage song 4’33”.

In response to having their album pulled, Vulfpeck released another “album” called Official Statement containing a spoken word track detailing Spotify’s removal request, a short piano instrumental and, as a final act of passive aggression, 30 seconds of silence.

All in all the tracks of the album were “listened to” approximately 5.5 million times and the band earned just over $20,000 from the album which Spotify did payout. If you happen to have done the math, you’ll note this is quite a bit less than Stratton had originally estimated off that many plays. This is due to the fact each “song” on the album was defined by Spotify as a “short track” which only paid out about 0.3 cents per play instead of the approximate 0.5 cents that was originally anticipated. Still, the money earned from the album was enough to allow the band to fund a free US tour for its fans in several US cities including LA, New York and Ann Arbor.

When later asked about how the band would describe the album- whether or not they thought it challenged the normalised criteria for what “music” is and whether or not it was a statement about the current state of the music industry, Stratton quipped, “I see it as an art piece — or something.”