After months (well,really, years) of campaign stops, polling, rallies and stump speeches, we are finally at the cusp of the 57th presidential election in American history.

Even prior to their sprint to the White House, both major party candidates were very well-known people and personalities. One is a former first lady, US Senator and Secretary of State; the other is a prominent businessman and reality television star.  It is safe to say that no matter how this turns out, both presidential candidates will continue to be known and remembered for many years to come. 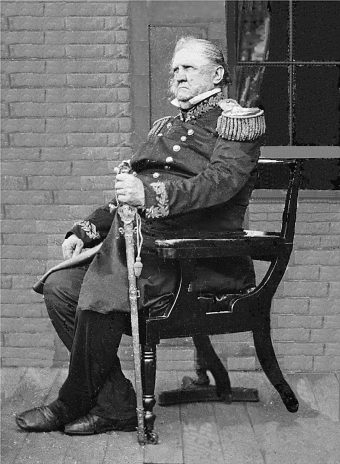 At least in terms of electoral votes, the 1852 Presidential election was one of the biggest landslides in American history. Running as the Whig party’s candidate, General Winfield Scott was defeated by the Democrat Franklin Pierce by 212 electoral votes at a time where only 296 electoral votes available. More so than simply being blown out, Scott also suffered another embarrassing indignation – Pierce had served directly under Scott in the Army.

General Scott first earned his notoriety when, in 1838, he led the forcible march of Cherokees out of their homelands in Georgia. This forced removal and the path they took became known as the “Trail of Tears” for its brutality leading to the death of nearly 4,000 Cherokees. However, he kept rising through the military ranks and, by the Mexican-American War, he was the commanding General of the United States Army. Despite this, he was outshone by Zachary Taylor, who was hailed as a war hero and was elected president in 1848. Forever political ambitious, Scott always resented Taylor for this.

Scott got his chance in 1852 when the Whig party choose him to be their candidate over the incumbent Millard Fillmore (who had supported the controversial Compromise of 1850). At least in the eyes of the Whig party, Scott immediately bungled this opportunity. Told not to speak out about slavery, he did just that by supporting the 1850 Compromise. Political opponents started attacking him by calling him a “would-be military dictator,” using his gruff and ambitious attitude against him. At the time, one newspaper called his presidential bid the most “ludicrous, ridiculous, and uninteresting” campaign ever. Historians admit today say that Pierce didn’t so much win the 1852 election as Scott lost it. It was so bad for Scott that he even lost his native Virginia.

Afterward, he was reappointed to the United States Army where he helped to come up with a strategy to defeat the Confederacy. However, he retired from the military in 1861 due to poor health. Five years later, General Scott died. 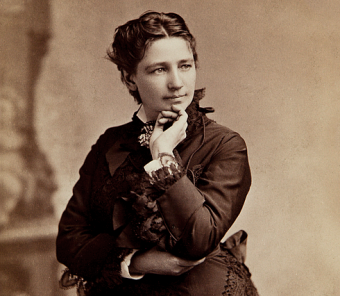 There are other noted precursors to the historical presidential candidacy of Hillary Clinton, but there’s only one first female presidential candidate and that was Victoria Woodhull.  Perhaps predictive of today’s very long campaigns, Woodhull officially announced her candidacy in a letter published in the New York Herald in April, 1871 – a full 19 months before the 1872 election – with this note: “I claim the right to speak for the unenfranchised woman of the country and announce myself as a candidate for the presidency.”

Woodhull’s unhappy past shaped her future presidential platform. At 15, she was forced to marry a much older man, who was also a drunk and morphine addict. Although she was able to divorce him, it was a much bigger hardship on her than him. Woodhull (which was her married name) remarried a radicalized Civil War veteran who was also a spiritualist named Col. James Blood, who encouraged Woodhull’s individualism and education. Together, they made a good deal of money running seances and “speaking” to the dead – especially when they impressed the rich Cornelius Vanderbilt with their abilities. He would later help Woodhull and her sister establish the first woman-run Wall Street brokerage firm.

Running on a platform of women’s rights and “free love” (meaning woman had the right to love – and not love – whoever they wished), Woodhull traveled the country speaking to increasingly large crowds. In May 1872, she was officially nominated by the Equal Rights Party to be their presidential candidate. Her running mate was Frederick Douglass – but he never accepted the nomination and actually campaigned for Ulysses Grant instead.

Despite her fame, Woodhull did not garner any electoral votes in 1872 (as for the popular vote, they didn’t count the votes for her, of which we know there were at least some). Of course, on Election Day 1872, Victoria Woodhull couldn’t even vote for herself, and in fact ended up spending the day in jail- see: Equal Rights and Free Love- The Remarkable Story of the First Female U.S. Presidential Candidate. The 19th amendment, which guaranteed a woman’s right to vote, would not be ratified for another 48 years. Though as Woodhull once quipped,

Let women issue a declaration of independence sexually, and absolutely refuse to cohabit with men until they are acknowledged as equals in everything, and the victory would be won in a single week…

Not just largely forgotten as a presidential candidate, Woodhull was also intentionally mostly erased from the early history of the women’s suffrage movement by its founders, including Susan B. Anthony and Elizabeth Cady Stanton, despite her significant contributions to the cause. Why? Largely because of her stance on things like “free love,” which included the idea that women should be allowed to divorce a man if they were stuck in a bad marriage. 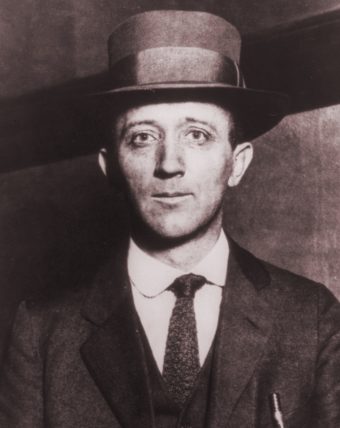 It may be surprising now, but the American Communist Party was actually somewhat of a political force during the first half of the 20th century. Closely tied to the labor and trade movement when it was founded in 1919, it was known to have ties to Russia, and known for their advocacy of violence. In fact, the Socialist Party (led by presidential candidate Eugene Debs) was considered moderate compared to the American Communist Party.

In 1924, the party nominated the leader of the 1919 steel strike, William Z. Foster, to be its presidential candidate. His platform was to establish a workers’ republic and to encourage the ultimate demise of the capitalist economy. Foster and the party was also about encouraging humanitarian causes and civil rights, including helping African-Americans overcome the oppressive Jim Crow laws in the South.

While he didn’t garner much support in 1924, 1928 was a bit of a different story. With over 2,000 conventioneers in attendance at New York’s Central Opera House, Foster explained what he believed the mission was of his candidacy:

We are not going into the national election campaign solely for getting votes…Our aim must be to arouse the class-consciousness of the masses in a political sense and to mobilize them for struggle on all fronts. Vote-getting is only one aspect of this general mobilization of the workers.

In November 1928, nearly 44,000 people voted for Foster, representing only .01% of the popular vote. While that may be quite small, precincts in places that had a high working class like the Bronx in New York City voted overwhelmingly for Foster. He was again the Communist Party nominee in 1932, but suffered a heart attack during the campaign and was replaced.

Foster was so beloved in Russia for his support of Communism that when he died in 1961, he was given a state funeral at the Kremlin. 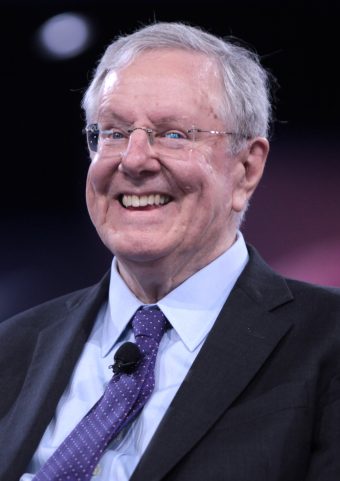 While better known for his family’s magazine, Steve Forbes also ran for President in 1996 and 2000. As a Republican candidate, he was one of the wealthiest people to run for the highest office in the land, with his worth at the time being valued at $430 million. Essentially paying for the entirety of both campaign, Forbes put forth nearly $70 million (about $103 million today) of his own money to run – a sum of money that nearly topped every other candidate in history (only Ross Perot spent more).

His biggest successes came in 1996 when he actually won the Arizona and Delaware primaries. Mostly focusing on tax rates and trade policy, he was able to win over people who saw him as a businessman that could help America in the global economy. However, those wonkish policy talking points were his downfall, at least according to the New York Times in 2000. The newspaper spoke with several Republican operatives and concluded that, “Mr. Forbes’s anti-tax…message may have been too abstract and too issue-oriented at a time when polls say that voters are looking more at a candidate’s personal character than his exact message.” 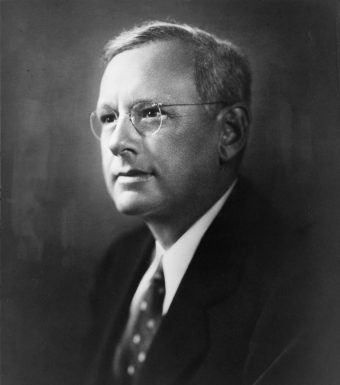 Everyone knows Franklin D. Roosevelt, the President whose New Deal helped take America out of the Great Depression. However, few know the man who ran against him as the Republican candidate at the height of the Depression in 1936. Quite frankly, Alf Landon liked it better that way.

In 1934, Landon was elected governor of Kansas. He was the only Republican gubernatorial candidate in the country to be elected that year. Two years later, the Republican party was so desperate for anyone to run against FDR – an election that the party was sure to lose – that they turned to Landon, despite the fact that he had supported FDR in 1932 and talked positively about New Deal principles as governor.

Despite not entering a single primary, he won and accepted the nomination for President. In fact, during the first two months of the campaign, Landon did not make a single campaign appearance, preferring to spend time working as the governor of Kansas- a job he was actually elected too. While eventually campaigning, his main platform and policy during the election cycle were that his administration could carry out the New Deal policies and programs that FDR had created more efficiently than a Democratic administration.

Needless to say, Landon lost big. Receiving only eight electoral votes to Roosevelt’s 523, it would be nearly 50 years before another candidate won fewer states that Landon in 1936 (Mondale in 1984).

Landon never again sought public office, preferring to run his successful oil business in Kansas. He lived a long life, dying in 1987 at the age of 100.