Is the S or C Silent in Scent?

October 5, 2016 Melissa
Alex M. asks: Is it the s or the c that’s silent in the word scent and why does it have both letters? 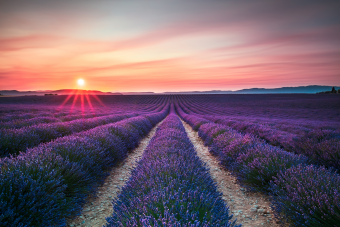 Without a doubt, the C is silent in scent. And the reason the C is present at all can be attributed to a few scholars’ compulsive need for orderliness.

Like many English words, scent was borrowed from older lexemes of other languages – in scent’s case, the Anglo-Norman and Middle French word sente. Originally (~13th century) meaning the characteristic smell of an animal, by the end of the 14th century, it also had the denotation we know today of aroma.

Like its predecessor, scent in English was initially spelled without the C (and, economically, the useless second E), as in Thomas Hoccleve’s ~1422 Tales of Jerelaus:

Although sent was able to maintain its integrity for the most part until the late 16th century, given the lax rules of spelling in English back in the day, after its introduction, at least a few rebels were using its French spelling, including William Caxton in his translation of the Recuyell of the Historyes of Troye (~1473): “Every man rose fro the table abhorring & eschewing the sente and sauour of the dede man.”[2]

Moreover, even during this early period there were a few incorrigible C admirers who couldn’t resist trying to sneak it in, such as Stephen Hawes’ 1517 version of Passetyme of Pleasure that eschewed the S altogether: “In my mouthe, it hadde a meruaylous cent Of dyuers spyces.”[3]

Of course, when you consider his spelling in general, maybe Hawes’ cent had nothing to do with orthography and he was just rolling his own.

In any event, the person first responsible for printing scent with an S and a C may have been John Maplet in The Greene Forest (1567): “That the earth . . . should give to the nose obiecte so swete Or minister scent so strong.”[4]

Apparently breaching the levee, soon scent with a C began appearing in all sorts of works, including John Baret’s Aluearie (1574), Edward Topsell’s History of Fovre-footed Beastes, and Edward Grimeston’s translation of Avity’s The Estates, Empires, and Principalities of the World (1615).

By the end of that century, although outliers remained, it was clear that the consensus had settled on scent with a C. But why?

As you can see from the quotations above, even through the 16th century English spelling was an ungovernable mess. Having had their fill of chaos, the orderly sought to standardize our words, and early attempts included Sir Thomas Smith’s ironically titled De recta et emendate linguæ scriptione (On Rectifying and Amending the Written English Language) (1568), Hart & Herald’s An Orthographie (1569) and the vicar of Wootton St. Lawrence, Charles Buter’s, English Grammar (1634).

Part and parcel with this drive toward spelling uniformity was an almost obsequious devotion to Latin. Born of the renewed interest in Greek and Roman scholarship and culture that ignited the Renaissance, a form of New Latin came to the fore and became the language of scholars across Europe.

Accordingly, when it came time to standardize spelling, these early English orthographers turned to the language they loved best. And since it was a system they were trying to develop, sometimes words were put together in categories that their etymologies didn’t precisely fit.

However, this process can sometimes lead you astray, such as if you thought the word for more than one mouse was mouses or for more than one deer was deers. And this is a bit like what happened with scent, although it’s not clear if they were mistaken as to its pedigree or just didn’t care.

There are a number of words with Latin roots that are similar to scent, which does not apparently have any Latin heritage. These include scene, whose ancestry included the Latin word scēna, scepter, which came from the Latin scēptrum, and science, which could trace its lineage directly to the Latin scientia.

And, since it was far preferable to these Latinophiles to refer as much as humanly possible to their favorite language, scent’s fate was sealed.