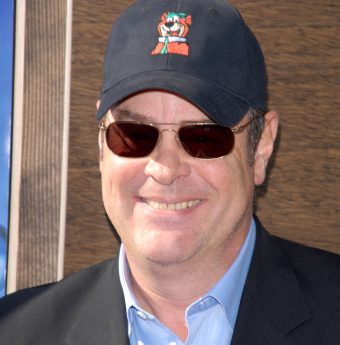 The great-grandson of a spiritualist who regularly conducted séances at the family home (where Aykroyd grew up and resides today), Dan Aykroyd cut his teeth on stories and personal experiences of the paranormal.

Shortly after Aykroyd was born, according to family lore he was visited by his deceased great-grandparents:

My mother speaks about a time when she was nursing me and an old couple came to the end of the bed. The image faded away. She pulled out an album and saw that it was my great grandfather . . . and . . . his wife, coming to approve the new child.

As a child, Aykroyd was regaled by his father of tales of his great grandfather’s séances, including that the family even employed a medium who would channel a variety of people. His father’s fascination with the paranormal was so great that in 2009 his father published what has been described as an encyclopedic book on the subject, A History of Ghosts.

Still living in the family home today, Aykroyd has described it as having a “mind-blowing” amount of spiritual activity, and numerous friends and relatives who have spent the night have later reported feeling “invisible hands pulling off their sheets at night.”

Aykroyd’s paranormal experiences are not limited to the old farmhouse, though. While living in his former home in California, which had once belonged to Mama Cass, Aykroyd had a number of experiences, including stating that “A ghost certainly haunts my house. It once even crawled into bed with me. The ghost also turns on the Stairmaster and moves jewelry across the dresser. I’m sure it’s Mama Cass, because you get the feeling it’s a big ghost.”

Noting that he is not particularly strong as a clairvoyant, Aykroyd has said that his most frequent paranormal experiences come in the form of vivid dreams of lost friends, and that he often feels his friend John Belushi’s “energy coming back.”

Familiar to any fan of the movie, Aykroyd has acknowledged that these experiences and stories were part of his inspiration for Ghostbusters.

The idea itself came about from a combination of his contemporaneously watching the old Bowery Boys’ comedy Ghostchasers and having read an article on the relationship between parapsychology and quantum physics in the American Society of Psychical Research Journal. Realizing how much fun comedic ghost hunting could be, as Aykroyd later recalled, he thought:

Let’s redo one of those old ghost comedies, but let’s use the research that’s being done today. Even at that time, there was plausible research that could point to a device that could capture ectoplasm or materialization; at least visually.

The classic film we know today was a departure from Aykroyd’s first draft, though, as the first Ghostbusters used magic wands (instead of proton packs) and travelled through time and other dimensions hunting ghosts (instead of just New York City).

The film’s director and producer, Ivan Reitman, insisted on several changes to the original script, and Aykroyd enlisted the help of Harold Ramis to re-write the screenplay.

Although they envisioned the movie would star Belushi, Eddie Murphy and John Candy, Belushi’s death, Eddie Murphy being busy with Beverly Hills Cop, and John Candy likewise being unavailable, resulted in a few final changes being made, paving the way for Bill Murray’s iconic portrayal of Peter Venkman, a role that was originally supposed to go to Belushi.

As for if any other prominent figures from the original Ghostbusters shared Aykroyd’s views on the paranormal, Aykroyd stated,

Harold Ramis was a complete non-believer, skeptic and agnostic full-on. Billy (Murray) of course is Irish and he knows ghosts exist and sometimes the dead do linger in the land of the living. Ivan Reitman, he’s Jewish so he knows … there’s a lot of paranormal in the Kabbalah.