July 31, 2016 Dusti
This is a weekly wrap of our popular Daily Knowledge Newsletter. You can get that newsletter for free here. 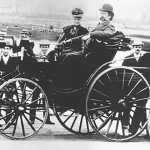 The Husband and Wife Team That Gave the World the First Car, and the Road Trip That Saved it From Obscurity

We may not have flying cars quite yet, but the ground-bound automobile is the world’s second most popular mode of transportation (behind the bicycle). Many think Henry Ford invented the car, but that isn’t correct. While Ford certainly made the automobile affordable for the middle-class, it was actually a German engineer with a familiar name that invented the first commercially available petrol-powered motor vehicle. In 1885, Karl Benz created what he later would call the “Motorwagen.” However, this wasn’t an invention of a single man. He had help from someone else – his wife, Bertha Benz. Credited as the first person ever to take a so-called automobile “road trip,” she also discovered various issues with her husband’s invention during the drive, coming up with some very innovative ideas in the process, such as inventing…(more) 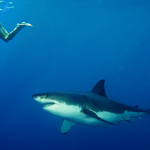 The idea of sharks not liking the taste of humans has been around for at least a half a century, with the first account of this notion (that we could find) appearing in a Sep. 2, 1968 edition of The Evening Independent in an article titled “Expert Says Sharks Dislike Human Taste”. In it, the associate curator of vertebrate paleontology at the Los Angeles County Museum of Natural History, Dr Shelton Applegate, noted that it was his opinion that swimmers generally survived shark attacks because “Most of them [sharks] after they take the first bite, find they…(more) 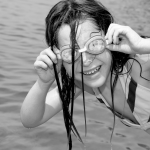 How Anti-Fog Spray Keeps Glasses From Fogging Up

The “fog” you may sometimes experience on your glasses or goggles occurs when atmospheric humidity near the lens condenses; this happens due to a relatively significant discrepancy between the temperature of the lens and the surrounding air. As the surface attempts to reach an equilibrium between the two temperatures, heat energy is given up; and, as the energy within the gaseous water molecules decreases, they form into tiny water droplets on your lens, otherwise known as “fog.” So how do we stop the fog from forming on your glasses? There are two primary types of substances used here- surfactants and hydrophilic ingredients. Surfactants (or surface acting agents) are a broad group of compounds that include…(more) 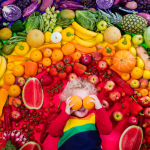 Fruits and vegetables (see: The Difference Between Fruits and Vegetables) come in a wide array of colors that change throughout their ripening process, with the brightest colors often occurring when the fruit is optimally ripened.  But why do fruits change color at all? There are two ways to answer this question- first, looking at what’s going on internally while the fruit is ripening and second looking at why these plants have evolved to do this at all, especially considering it’s seemingly a massive waste of the plant’s energy and resources to produce fruit of any color around its seeds. While there are many different types of fruits… (more) 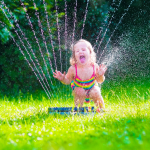 Why is Comfortable Air Temperature So Much Lower Than Body Temperature?

Each summer as temperatures approach 98° Fahrenheit (about 37° Celsius), we hear news stories about people suffering (and sometimes even dying) from overheating. Yet these temperatures are essentially the same as normal body heat. So why isn’t this a comfortable temperature for us? Our bodies constantly generate heat through the moving of muscles in the arms, legs, diaphragm and heart, by the work of tiny little “ion pumps” that send electrical messages through the nerves and, of course, in the process of digestion, among other ways. While the body must maintain a certain temperature (about 98.6° F give or take a degree or so depending on a variety of factors), too much heat, or too little, can be fatal for a variety of reasons including many necessary enzymatic functions not working properly outside of certain temperature bounds. So, to maintain the proper balance, your body uses several processes…(more) 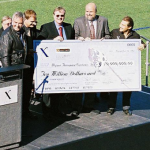 Is it Possible to Cash Oversized Novelty Checks?

The giant novelty check (cheque to our readers of the non-American persuasion) is a comedy staple, even if you’ve never been lucky enough to handle one in real life, you’ve likely drawn a cartoonishsly huge moustache on a picture of someone holding one in a newspaper. (Just me?) You’ve also probably found yourself thinking, “can you actually cash that thing?” and the answer is, you totally can… sort of. Though, it’s rather silly since you normally get a regular sized check too with the big one. Though cashing a check is a relatively simple affair from the cashier’s perspective, the work on the back end is remarkably sophisticated and involves an amazing amount of automated technology and travel for the checks. With this in mind, it’s clear why virtually all checks come in a fairly uniform size and design…(more) 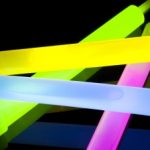 Glow in the dark products all contain some type of phosphor. Phosphors are any substance that radiates light after being energized in some way. There are literally thousands of chemicals that are phosphors. These chemicals all have varying degrees of brightness, color, and length of time they glow after being energized. There are three main types of ways these phosphors end up getting energized. The first group, which is most common for glow in the dark items, is made up of phosphorescent items; the second group is made up of chemiluminescent items; and the third group is made up of radioluminescent items. Phosphorescent glow in the dark items are things like the glow in the dark stars many people put on their ceilings. These items will absorb light radiation and will later re-emit that stored light energy over some period of time, at some level of brightness. So the best phosphorescent glow-in-the-dark items will be…(more) 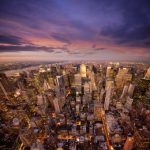 The earliest documented reference to New York being referred to as “The Big Apple” comes from a 1909 book by Edward Martin, called The Wayfarer. In it, he uses the moniker in a metaphorical sense, rather than a proper name for the city: Kansas is apt to see in New York a greedy city… It inclines to think that the big apple gets a disproportionate share of the national sap… The next known documented instance of New York being called “The Big Apple” comes from sportswriter John J. Fitz Gerald who began popularizing the name starting on May 3, 1921, where he stated in a column…(more) 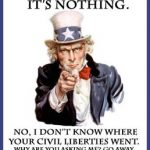 In 1789, Wilson and his brother Ebeneezer moved to Troy New York where they set up a counting house. Sam Wilson later died, then came back to haunt Ebeneezer on Christmas Eve trying to get him to change his tight fisted ways… wait… wrong story. In fact, the two ended up setting up the business E. & S. Wilson which, among other things, dealt in meat packing. By the war of 1812, his business was fairly prosperous. During the war, E. & S. Wilson obtained a contract with the U.S. government to provide the army with beef and pork. They shipped this beef in barrels and because the meat was now the property of the U.S. government, he marked them with “U.S.” on the barrels. The teamsters and eventually soldiers took to saying that the “U.S.” on the barrels stood for “Uncle Sam”, referring to the co-owner of the supplying company, Samuel Wilson…(more)