June 10, 2016 Dusti
This is a weekly wrap of our popular Daily Knowledge Newsletter. You can get that newsletter for free here. 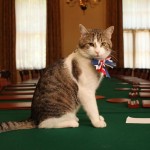 A while ago we shared the story of F.D.C. Willard, an ordinary housecat who through a confluence of mistakes and errors, ended up being listed as the co-author of a widely cited science paper on low temperature physics. Today we’re telling a similar story about an equally impressive Tabby called Larry who is, believe it or not, an official employee of the UK government- appointed by none other than British Prime Minister, David Cameron. Officially Larry’s full title is “Chief Mouser to the Cabinet Office of the United Kingdom of Great Britain and Northern Ireland” and his duties mainly involve keeping the famed residence of the Prime Minister – 10 Downing Street – free of pests such as mice and rats. Larry is one of only a handful of cats in British history…(more) 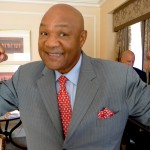 One of the most lucrative endorsements ever signed by any sportsman was not for some shoe, line of clothing, or athletic gear- but for a cooking item- The George Foreman Lean Mean Fat-Reducing Grilling Machine. In fact, the deal is generally thought to have made the former boxing great drastically more money than he ever made fighting in the ring. (And, if you’re curious, see: Why Boxing Rings are Called Rings When They are Square) According to the grill’s inventor, Michael Boehm, the inspiration for the grill’s unique design came when he was walking around a department store in the late 1980s and he noticed that not a single grill for sale cooked meat on both sides. Boehm, a lifelong inventor…(more) 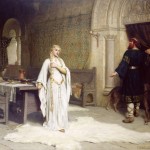 The term “peeping Tom” is used to describe a person who derives some sort of enjoyment – usually sexual – from secretly watching people during their most intimate moments. But who exactly is this “Tom” fellow and why does everyone seem to think he likes secretly watching naked people? The phrase “peeping Tom” first appeared in the accounts for the English city of Coventry in 1773. Specifically, the accounts note that the city had recently purchased a wig and paint for an oak effigy of “Peeping Tom”, using money from the town’s coffers. So who was this effigy of? No real person. “Peeping Tom” is an iconic part of a legend surrounding a real person from the 11th Century…(more) 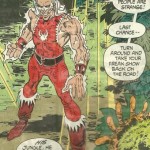 The DC Comics Character Who Gained His Power From Cocaine

Comics are littered with weird and obscure heroes and villains with powers that range from the mundane to the ridiculous, but there’s one character that ranks among the most “interesting” ever conceived- Snowflame, a villain with powers that were intrinsically linked to the character taking copious amounts of cocaine. As the character himself explained in the comic, “I am Snowflame, every cell of my being burns with white hot ecstasy. Cocaine is my god! And I am the human instrument of its will!” Snowflame was conceived as a villain by DC writer Steve Englehart for an incredibly short-lived comic series called “The New Guardians”, appearing in just one of the series’ eventual 12 total issues. The New Guardians were a superhero team comprised of some of DC’s more obscure heroes and, according to the first issue, were specifically chosen to be an accurate representation of the various segments of the human race. It was also noted…(more) 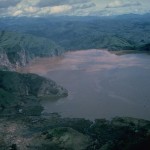 Here’s the story of how scientists unlocked the secrets of the worst natural disaster in the history of the west African nation of Cameroon …and what they’re doing to try and stop it from happening again. THE DISCOVERY: On the morning of August 22, 1986, a man hopped onto his bicycle and began riding from Wum, a village in Cameroon, toward the village of Nyos. On the way he noticed an antelope lying dead next to the road. Why let it go to waste? The man tied the antelope onto his bicycle and continued on. A short distance later he noticed two dead rats, and further on, a dead dog and other dead animals. He wondered if they’d all been killed by a lightning strike—when lightning hits the ground it’s not unusual for animals nearby to be killed by the shock…(more) 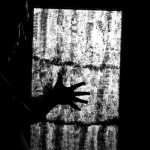 Although modern medicine has made tremendous advances in many areas, even mapping the human genome, there remain aspects of human health that continue to elude our full understanding. Alien hand syndrome is one of these puzzles- with its sufferers having one of their hands, usually the non-dominant one, acting as if it has a mind of its own. Many of us have seen people with this condition, albeit on the big screen. In the campy 1935 horror film, Mad Love, deranged surgeon Peter Lorre replaces a pianist’s hands with those of a knife-throwing murderer, and the hands take over. More recently and more well known…(more) 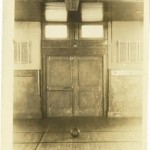 Surprisingly, unlike most sports whose origins are somewhat obscure, often being the combination of other sports and developed gradually through time, basketball has a very precise and fully known origin (the inventor himself wrote an account of it, published after his death; see the “Sources and Further Reading” below). Even the date of the very first game is known, December 21, 1891. It was all started by Dr. James Naismith, the son of two Scottish immigrants to Canada. By 1891, Dr. Naismith was teaching physical education in Springfield, MA at the YMCA International Training School (which today is Springfield College). While there, he was asked by the director of physical education, Dr. Luther Gulick, to come up with a new game students could play indoors during the winter that would help keep track and field runners in shape and would be relatively safe to play…(more) 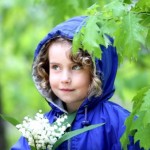 There are three primary sources of smells that commonly occur after rain. The first, the “clean” smell, in particular after a heavy thunderstorm, is caused by ozone. Ozone (scientifically known as trioxygen due to the fact that it is comprised of three oxygen atoms) is notably pungent and has a very sharp smell that is often described as similar to that of chlorine. Some people can smell ozone before the storm has even arrived. Before a thunderstorm rolls in, lightning can sometimes rip nitrogen and oxygen molecules in the environment to pieces. This can ultimate result in a small amount of ozone forming, which wind then carries down to ground level. Ultraviolet light in the atmosphere is also known to split O2 molecules, with the freed oxygen atoms sometimes joining with oxygen molecules for an ozone party. We’d like to point out that we weren’t using hyperbole…(more)