May 7, 2016 Dusti Leave a comment
This is a weekly wrap of our popular Daily Knowledge Newsletter. You can get that newsletter for free here. 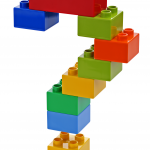 The earliest writings, which were syllabic and/or logographic (think Mayan and Chinese), had no need for either spacing or punctuation, as each word was typically self-contained in the symbol. However, as previously demonstrated, the lack of punctuation and spacing in alphabetic writing made comprehension difficult; so hard, in fact, that in ancient Greece it was a rare feat for an individual to understand a text they were reading the first time through and the idea of reading out-loud to a group without extensive practice beforehand was also not something typically done. Nonetheless, a few notable exceptions aside, punctuation in the West didn’t really appear until about the end of the 3rd century BC when Aristophanes of Byzantium, head librarian at the Library of Alexandria (see: What Really Happened to the Library of Alexandria?), introduced the precursors of today’s punctuation…(more) 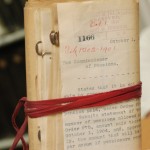 The practice of referring to “excessive bureaucratic rigmarole” as red tape dates back more than 400 years to the court of the Holy Roman Emperor and King of Spain, Charles V (1500-1558). As heir to three of Europe’s most powerful dynasties (Habsburg, Valois-Burgundy and Trastámara), at the height of his power, Charles’ empire stretched from Spain in the west to Hungary in the east, and from the Netherlands in the north to Sicily in the south. In addition, Charles had significant holdings in the New World, and an enormous administration to manage his vast empire.  At the time, administrative documents were bound in some fashion, either with rope, string, ribbon or cloth. Sometime during the early 16th century, in order to distinguish the most important documents that required immediate discussion at the highest levels of government (such as the Council of State), from those of less significance, Charles’ ministers began tying important…(more) 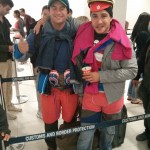 It’s a trope that has appeared in dozens of movies and countless TV shows, but can you actually circumvent an airline’s baggage fee by just turning up to the airport in all of your clothes? Now the first thing we should point out is that there are a handful of documented cases of people doing just this. Consider the story of James McElvar, a member of a Scottish boyband called Rewind, who successfully managed to board a plane wearing: “Four jumpers, six T-shirts, three pairs of jeans, two pairs of jogging bottoms, two jackets and two hats”. According to the BBC, McElvar was so annoyed at learning that his chosen airline wouldn’t let him take two pieces of hand luggage onto the plane without paying extra that he decided…(more)

We owe this unit of engine power measurement to Scottish engineer James Watt. In the early 1780s, after making a vastly superior steam engine to the then classic Newcomen steam engine, Watt was looking for a way to market his invention, advertising the fact that his engine used about 75% less fuel than a similarly powered Newcomen, among many other improvements. At first, he tried selling his engine on a royalty scheme, where the customers would owe him one-third of the money they saved by using his engine over other steam engines. Of course, many at the time used horses, not steam engines, so it was difficult to compare without them actually buying the engine to see how it would perform for their particular usage. Thus, he scrapped the royalty scheme and decided to try a different tack… (more) 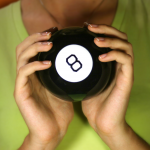 Can a plastic orb connect you to the spirit world and lift the future’s filmy veil? OUTLOOK NOT SO GOOD. Can it at least give good advice? REPLY HAZY, TRY AGAIN. Can a toy company make money selling it? SIGNS POINT TO YES! A SEEKER BORN EVERY MINUTE  Wartime has long been a boom time for spiritualists, mostly because people long for any news about loved ones at the battlefront. In the 1940s, a woman named “Madame” Mary Carter was capitalizing on that opportunity, plying her trade as a professional clairvoyant in Cincinnati. Her best séance stunt was one she called the Psycho-Slate, consisting of a chalkboard inside a box, with a lid covering it. When a client asked a question, Carter would close the lid, and after a short interval…(more) 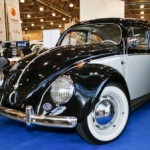 The Nazi Origin of the Volkswagan Beetle

Hard to believe but true- the industrial production of the lovable VW Bug was partially the brainchild of none other than Adolf Hitler. While most of us, when we think of Hitler and the Nazis remember the six million Jews and many, many others killed during the Holocaust, we generally forget that the Nazis were a socialist party committed to improving the lives of (Aryan) workers. The Volkswagen, as the “people’s car,” was seen as one key step in making Germany a workers’ utopia. Rise of National Socialism in Germany With its roots in militant, racist nationalism, the National Socialist German Workers (Nazi) Party arose from the political and economic instability suffered by Germans in the early 1920s. The hyperinflation, poor wages and unemployment that marked Germany’s infamous…(more) 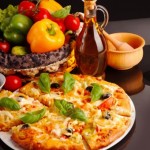 Pizza has become such a staple of the modern diet that certain people, often found in Computer Science labs at 2 a.m. the world over, practically consider it one of the basic food groups. For such a popular food, its origins are difficult to pinpoint, as it all depends on your definition of what pizza is. If you choose to loosely define pizza as flat bread with toppings strewn on it, there is evidence that the Persian army around the 5th and 6th centuries used their shields to cook flat bread in this way out in the field. The soldiers would then cover the bread with things like cheese and dates for a quick meal. Further, it is very likely that people have been putting various toppings like cheese on bread since as long as there has been cheese and bread. However, many argue that these ancient forms of “pizza” aren’t truly pizza as we think of it. Since those early references are obscure at best, we’ll go with that and talk more about modern pizza…(more) 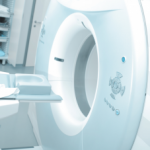 Why are Some People Claustrophobic?

If you have a friend who refuses to ride the elevator to his 15th floor office every day, he may be a fitness freak, but chances are, he is claustrophobic. Similarly, when someone’s action seems illogical as shown by their persistent, determined avoidance of enclosed spaces or restrictive clothing, the likely explanation is that the person is claustrophobic. So what is claustrophobia and what causes it? Claustrophobia is defined by the Mount Sinai Hospital as: An anxiety disorder characterized by irrational fear of enclosed or small spaces. People with claustrophobia often describe it as feeling trapped without an exit or way out. When they find themselves confined, the sufferers report typical symptoms of a panic attack like sweating, shortness of breath, hyperventilation, trembling. Some people even have extreme reactions like fainting and vomiting…(more) 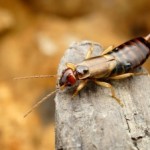 Let me just say I hate earwigs. Small, slimy-looking, fast moving, and always popping out of some dark place when I least expect it- no insect short of a silverfish fills me with more revulsion. Now, to answer your question, we’ll start off talking about the mating habits of the earwig. To make baby earwigs, the male grabs and holds onto the female and they, literally, bump uglies. The eggs may not fertilize immediately (the sperm can hang around for several months before fertilizing the eggs), but ultimately they will. At some point, the lady comes to her senses- no doubt realizing the male is super creepy looking- and exiles him from the nest- yes, nest, that is not your ear…(more)