Liam Neeson the Boxing Champion, Double Nosed Dogs, Pregnant for 61 Years and More in Yet Another 9 Amazing Quick Facts 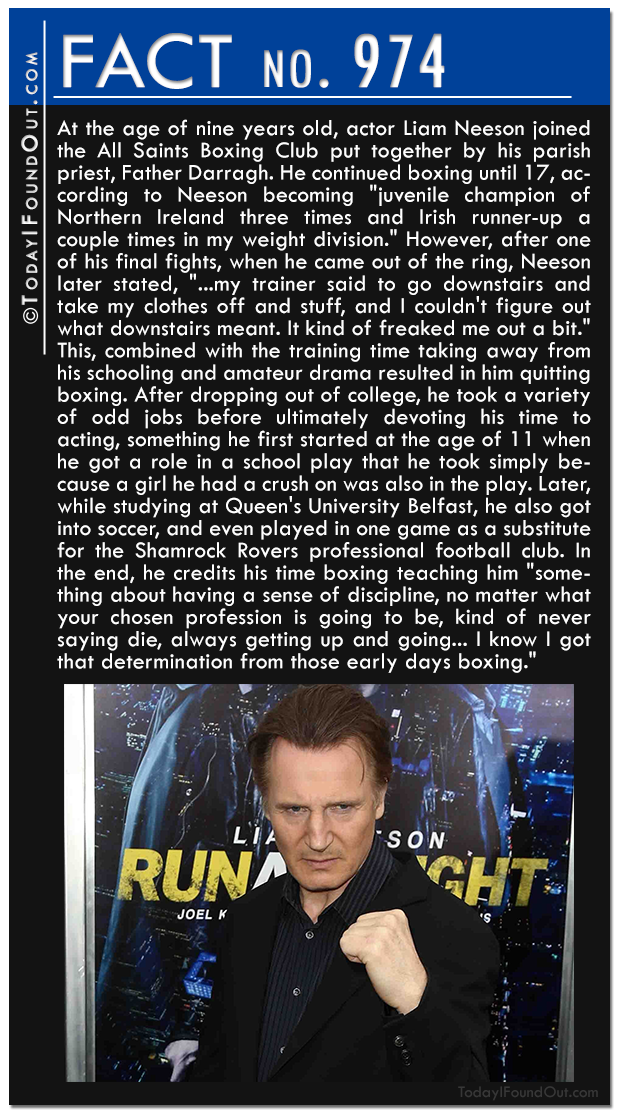 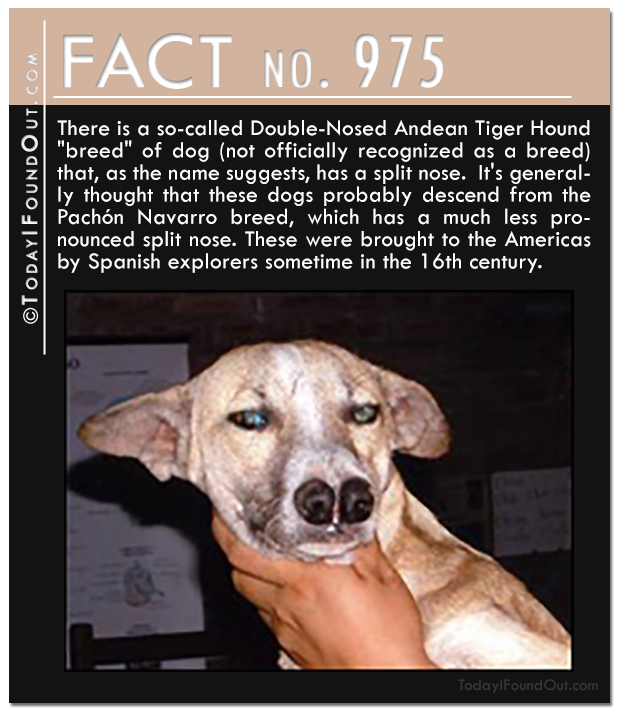 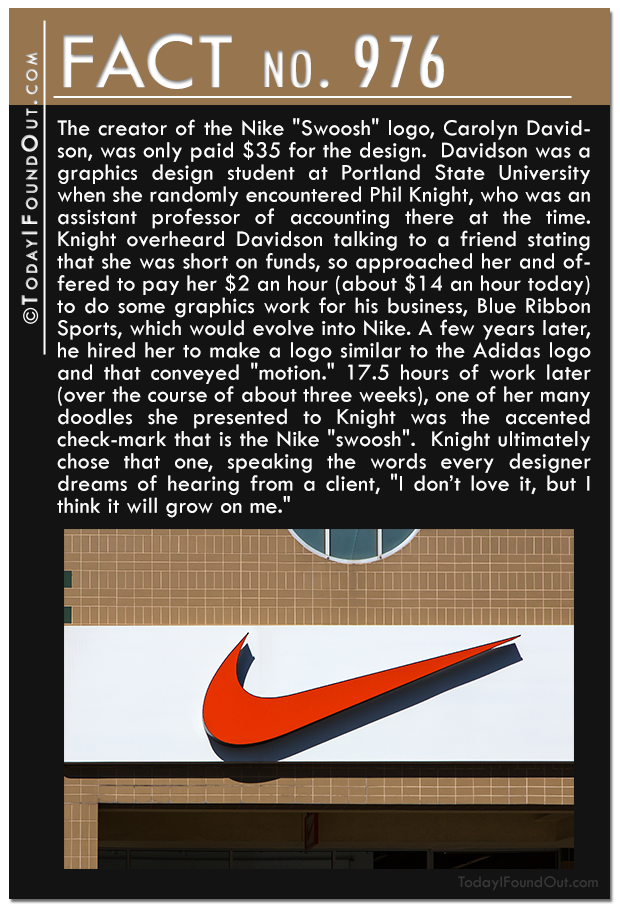 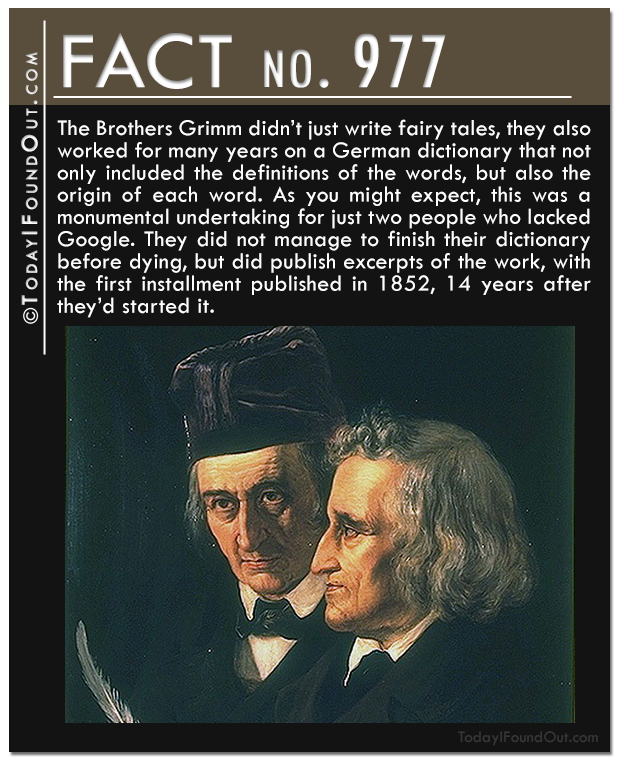 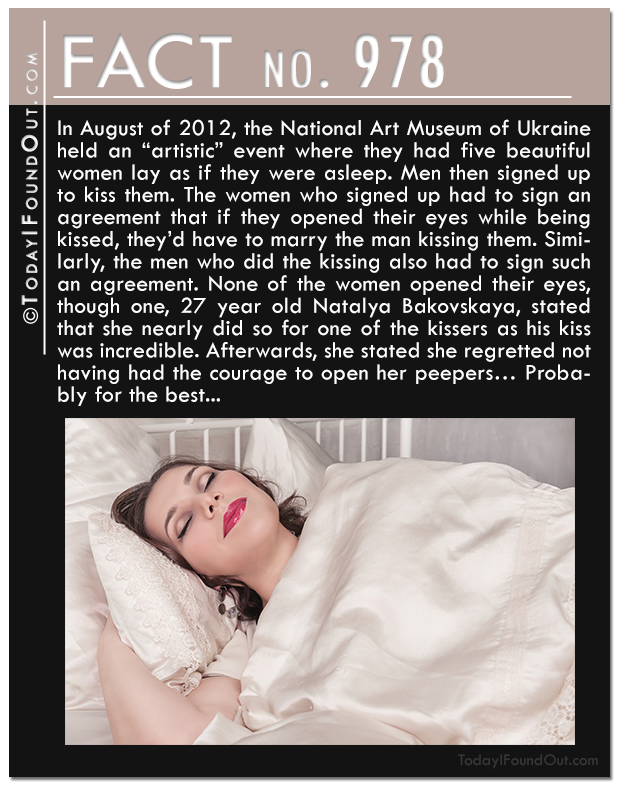 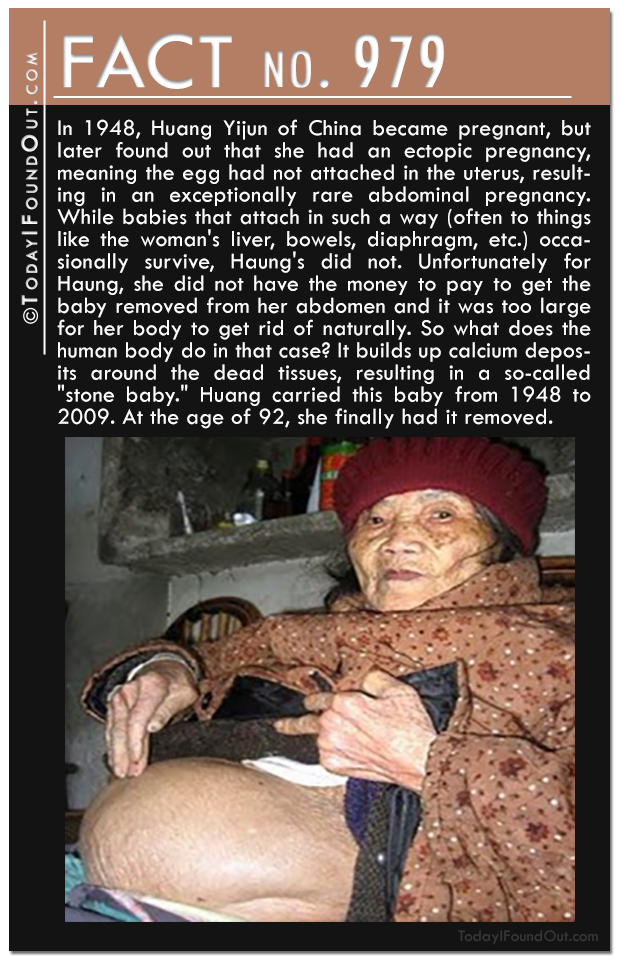 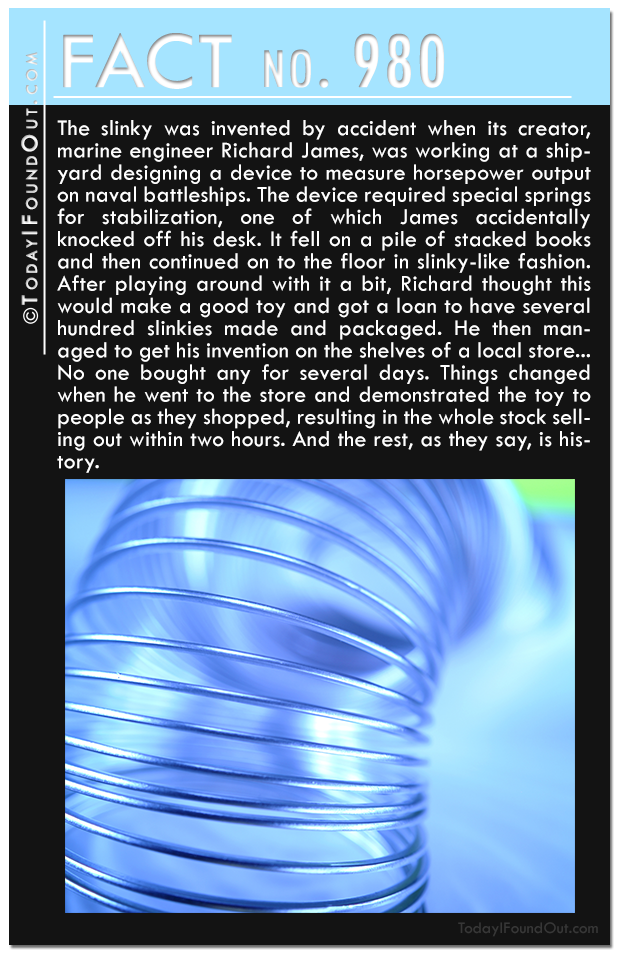 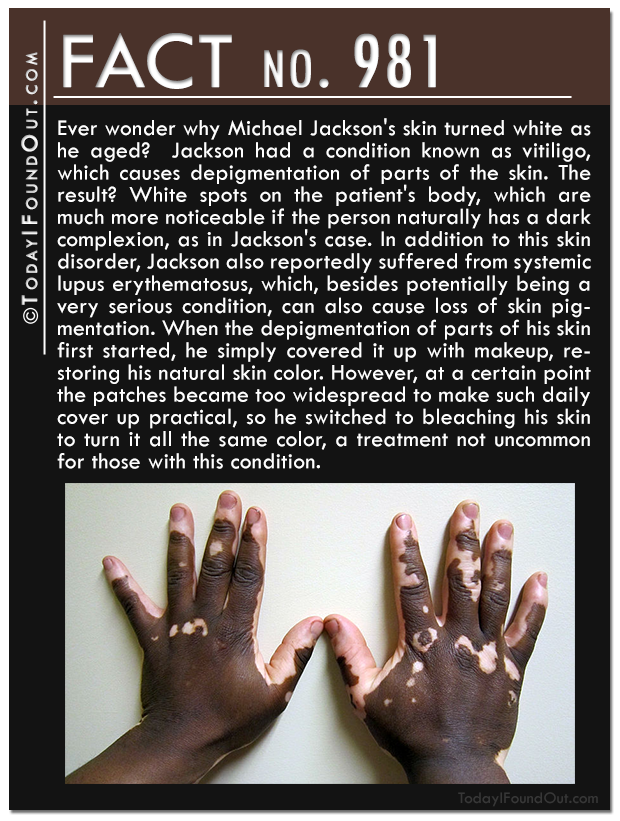 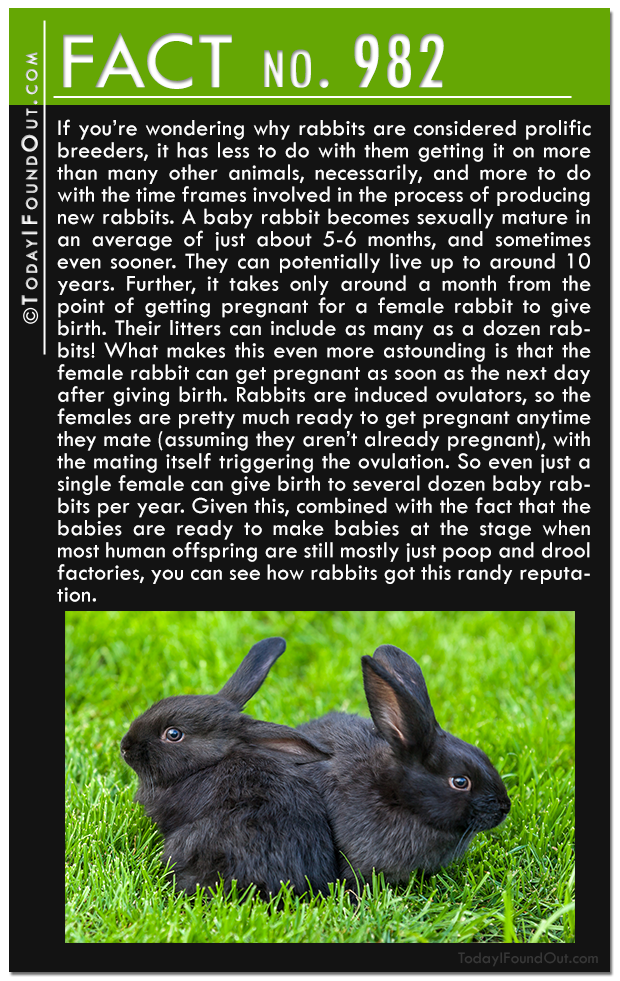 974) At the age of nine years old, actor Liam Neeson joined the All Saints Boxing Club put together by his parish priest, Father Darragh. He continued boxing until 17, according to Neeson becoming “juvenile champion of Northern Ireland three times and Irish runner-up a couple times in my weight division.” However, after one of his final fights, when he came out of the ring, Neeson later stated, “…my trainer said to go downstairs and take my clothes off and stuff, and I couldn’t figure out what downstairs meant. It kind of freaked me out a bit.” This, combined with the training time taking away from his schooling and amateur drama resulted in him quitting boxing. After dropping out of college, he took a variety of odd jobs before ultimately devoting his time to acting, something he first started at the age of 11 when he got a role in a school play that he took simply because a girl he had a crush on was also in the play. Later, while studying at Queen’s University Belfast, he also got into soccer, and even played in one game as a substitute for the Shamrock Rovers professional football club. In the end, he credits his time boxing teaching him “something about having a sense of discipline, no matter what your chosen profession is going to be, kind of never saying die, always getting up and going… I know I got that determination from those early days boxing.”

975) There is a so-called Double-Nosed Andean Tiger Hound “breed” of dog (not officially recognized as a breed) that, as the name suggests, has a split nose.  It’s generally thought that these dogs probably descend from the Pachón Navarro breed, which has a much less pronounced split nose. These were brought to the Americas by Spanish explorers sometime in the 16th century.

976) The creator of the Nike “Swoosh” logo, Carolyn Davidson, was only paid $35 for the design.  Davidson was a graphics design student at Portland State University when she randomly encountered Phil Knight, who was an assistant professor of accounting there at the time. Knight overheard Davidson talking to a friend stating that she was short on funds, so approached her and offered to pay her $2 an hour (about $14 an hour today) to do some graphics work for his business, Blue Ribbon Sports, which would evolve into Nike. A few years later, he hired her to make a logo similar to the Adidas logo and that conveyed “motion.” 17.5 hours of work later (over the course of about three weeks), one of her many doodles she presented to Knight was the accented check-mark that is the Nike “swoosh”.  Knight ultimately chose that one, speaking the words every designer dreams of hearing from a client, “I don’t love it, but I think it will grow on me.”

977) The Brothers Grimm didn’t just write fairy tales, they also worked for many years on a German dictionary that not only included the definitions of the words, but also the origin of each word. As you might expect, this was a monumental undertaking for just two people who lacked Google. They did not manage to finish their dictionary before dying, but did publish excerpts of the work, with the first installment published in 1852, 14 years after they’d started it.

978) In August of 2012, the National Art Museum of Ukraine held an “artistic” event where they had five beautiful women lay as if they were asleep. Men then signed up to kiss them. The women who signed up had to sign an agreement that if they opened their eyes while being kissed, they’d have to marry the man kissing them. Similarly, the men who did the kissing also had to sign such an agreement. None of the women opened their eyes, though one, 27 year old Natalya Bakovskaya, stated that she nearly did so for one of the kissers as his kiss was incredible. Afterwards, she stated she regretted not having had the courage to open her peepers… Probably for the best…

979) In 1948, Huang Yijun of China became pregnant, but later found out that she had an ectopic pregnancy, meaning the egg had not attached in the uterus, resulting in an exceptionally rare abdominal pregnancy. While babies that attach in such a way (often to things like the woman’s liver, bowels, diaphragm, etc.) occasionally survive, Haung’s did not. Unfortunately for Haung, she did not have the money to pay to get the baby removed from her abdomen and it was too large for her body to get rid of naturally. So what does the human body do in that case? It builds up calcium deposits around the dead tissues, resulting in a so-called “stone baby.” Huang carried this baby from 1948 to 2009. At the age of 92, she finally had it removed.

980) The slinky was invented by accident when its creator, marine engineer Richard James, was working at a shipyard designing a device to measure horsepower output on naval battleships. The device required special springs for stabilization, one of which James accidentally knocked off his desk. It fell on a pile of stacked books and then continued on to the floor in slinky-like fashion. After playing around with it a bit, Richard thought this would make a good toy and got a loan to have several hundred slinkies made and packaged. He then managed to get his invention on the shelves of a local store… No one bought any for several days. Things changed when he went to the store and demonstrated the toy to people as they shopped, resulting in the whole stock selling out within two hours. And the rest, as they say, is history.

981) Ever wonder why Michael Jackson’s skin turned white as he aged?  Jackson had a condition known as vitiligo, which causes depigmentation of parts of the skin. The result? White spots on the patient’s body, which are much more noticeable if the person naturally has a dark complexion, as in Jackson’s case. In addition to this skin disorder, Jackson also reportedly suffered from systemic lupus erythematosus, which, besides potentially being a very serious condition, can also cause loss of skin pigmentation. When the depigmentation of parts of his skin first started, he simply covered it up with makeup, restoring his natural skin color. However, at a certain point the patches became too widespread to make such daily cover up practical, so he switched to bleaching his skin to turn it all the same color, a treatment not uncommon for those with this condition.

982) If you’re wondering why rabbits are considered prolific breeders, it has less to do with them getting it on more than many other animals, necessarily, and more to do with the time frames involved in the process of producing new rabbits. A baby rabbit becomes sexually mature in an average of just about 5-6 months, and sometimes even sooner. They can potentially live up to around 10 years. Further, it takes only around a month from the point of getting pregnant for a female rabbit to give birth. Their litters can include as many as a dozen rabbits! What makes this even more astounding is that the female rabbit can get pregnant as soon as the next day after giving birth. Rabbits are induced ovulators, so the females are pretty much ready to get pregnant anytime they mate (assuming they aren’t already pregnant), with the mating itself triggering the ovulation. So even just a single female can give birth to several dozen baby rabbits per year. Given this, combined with the fact that the babies are ready to make babies at the stage when most human offspring are still mostly just poop and drool factories, you can see how rabbits got this randy reputation.