Stigler and “His” Law of Eponymy 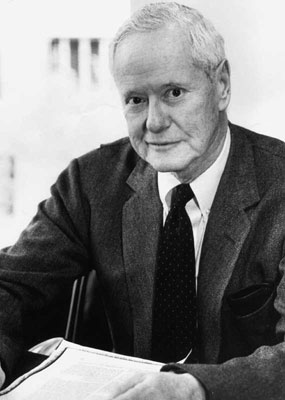 Back in 1968, one of the fathers of modern sociology and National Medal of Science award winner Robert K. Merton explored the phenomenon of what he called the “Matthew Effect” while writing a paper discussing how seniority or perceived prestige seemed to be the deciding factor in who would be given credit for a scientific discovery or breakthrough, regardless of the actual work put in by those involved.

Merton was inspired to research this idea while writing a paper about the history and possible explanations for the common “simultaneous discovery” phenomenon (two or more scientists making an identical breakthrough or discovery at roughly the same time independently of one another) in 1963. He noted that in almost every case he found, the more famous scientist inevitably ended up being credited with the discovery, regardless of who was really first and the actual magnitude of the contribution they made compared to the other individual.

Merton decided to dub the phenomenon “The Matthew Effect” after Matthew 25:29, a Bible verse which reads: “For to every one that has shall be given, and he shall have abundance: but from him that has not shall be taken away even that which he has.”

Merton explored the concept of the Matthew Effect in a paper aptly titled, The Matthew Effect in Science which was read by, among others, statistician, Stephen Stigler who would eventually end up corresponding with Merton over their mutual interest in the field of sociology.

In 1979, Stigler was asked if he’d like to contribute an essay for a book dedicated to Merton to celebrate Merton’s upcoming retirement (such books are known in the world of academia as a “Festschrift”). Though he was initially hesitant to contribute anything as he’d never actually met Merton in person, only ever corresponding with him via letters and occasionally on the phone, Stigler read through some of his old papers and hatched a rather novel idea.

Knowing that Merton had written extensively on the concept of misapplied credit in the scientific world and that, as Merton had previously coined the term “self-fulfilling prophecy” in his 1948 paper of the same name, he had a particular fondness for examples of rules which proved themselves, Stigler decided to pen a paper that incorporated both concepts.

The result was Stigler’s Law of Eponymy, a 10 page essay more or less explicitly copying Merton’s previous work exploring the history of misapplied eponymic rewards. In this paper, Stigler defined “his” law as: “No scientific discovery is named after its original discoverer”.

Presumably for anyone who didn’t get the joke, the paper included a disclaimer in the abstract, stating:

I have chosen as a title for this paper, and for the thesis I wish to present and discuss, “Stigler’s Law of Eponymy.” At first glance this may appear to be a flagrant violation of the “Institutional Norm of Humility,” and since statisticians are even more aware of the importance of norms than are members of other disciplines, I hasten to add a humble disclaimer. If there is an idea presented here that is not at least implicit in Merton’s The Sociology of Science, it is either a happy accident or a likely error.

Luckily for Stigler, the joke didn’t fall flat. Stigler’s Law was not only seen as a genuine, touching tribute to a man who had made remarkable contributions to his field, but the “law” itself fell into general use, being cited in over a hundred academic papers since Stigler’s little tribute.

But that’s not the end of the story. Unbeknownst to Stigler, before his summation of a portion of Merton’s work in a single sentence, an almost identical sentiment to Stigler’s Law had already independently been expressed by a mathematician called Hubert Kennedy in 1972, ironically enough around the same time Merton was exploring the subject and a year before his The Sociology of Science was published. Specifically, Kennedy asserted that: “Mathematical formulas and theorems are usually not named after their original discoverers”.

Kennedy dubbed this declaration “Boyer’s Law” in his paper on the subject, Who Discovered Boyer’s Law?, published in the January of 1972 edition of The American Mathematical Monthly. The “Boyer” he’s referencing here is mathematical historian Carl Boyer, who had himself noted a number of instances of this phenomenon in his 1968 book, A History of Mathematics.  Specifically, Kennedy stated, in part,

Boyer, in his recent text, A History of Mathematics, has observed: “Clio, the muse of history, often is fickle in the matter of attaching names to theorems!”  … The observation that theorems are not named after their original discoverers is amply supported in his book, where some thirty such cases are explicitly mentioned in Chapters 18 through 24…. Examples here are both the Maclaurin and Taylor Series, Picard’s Method, and De Morgan’s rules in logic…

To conclude his little article, Kennedy stated of his decision to name this proposed law after Boyer,

It is perhaps interesting to note that this is probably a rare instance of a law whose statement confirms its own validity!

To make sure we’re all the same page: Stigler’s Law, which explicitly posits that the original creator of an idea never gets credit for it, a notion previously studied by Merton, was named after the wrong person (Stigler) on purpose and credited to someone else (Merton) so that it was a proof of itself. And around the same time Merton had been exploring the idea and about a decade before Stigler’s Law was so named, a mathematician (Kennedy), independently put forth more or less the same law he also purposefully ironically named after the first scientist he knew about that had popularly noted this misattribution phenomenon in academia (Boyer). So, not once, but twice, Stigler’s Law became proof of itself, while simultaneously Merton’s Matthew Effect, which helped inspire it, is on full display in the ordeal.

Of course, before any of them, famed mathematician and philosopher Alfred North Whitehead, co-author of the enormously influential Principia Mathematica, noted in a lecture he gave to the British Association for the Advancement of Science in September of 1916, “Everything of importance has been said before by somebody who did not discover it.”