November 16, 2015 O'rene Daille Ashley
Ali K asks: I was just wondering why men have nipples and if it’s true that men can lactate? 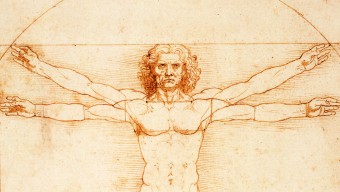 The human body really is an engineering marvel; even the most substandard model comes outfitted with the latest in 576 megapixel camera technology, a self contained bio-energy factory, self-healing triplicate outer protection that can handle quite a bit of rough-and tumble, and an amazing amount of memory and processing power. If this weren’t quite enough to be going on with, we’ve been given the very latest in opposable thumbs and erect posture, giving us the ability to make what tools we don’t have built in- in essence, we’re self-upgradable in a lot of ways. And yet, for all its smooth and sensible design, there comes the odd features lollygagging about the body whose chief role seems to be making people go “hmmm…” Tailbones without tails (usually), wisdom teeth that seem wholly unnecessary, muscles connected to our ears that serve no useful function, and arrector pili muscles that cause the scant hair on areas like our arms and legs to stand out in certain situations. These vestigial structures are the many flies in the ointment of an otherwise well-oiled machine. But chest and shoulders above these odd features of the body is the perplexingly pointless male nipple. So why do men have nipples?

As embryos, men and women start off, well, more or less as women. The genetic template of the body follows the path of the X chromosome for approximately 60 days of development, providing the embryonic man with a set of nipples. More specifically, approximately 4-6 weeks into development, embryos develop parallel mammary ridges. These ridges, called milk lines, span between the armpit and chest then descend down each side to the lower abdomen and finally narrow in towards the groin, ending high on the thigh. Ultimately these milk lines regress, except for in the chest area (in most cases, more on this later), leaving us with mammary buds that develop into the familiar pair of pokies, some lactating glands called lobules, ducts, a bit of fatty tissue in between, etc.

For males, the Y chromosome later sets off a cacophony of genetic changes and hormonal flows, especially one quite near and dear to men aspiring to become Citius, Altius, and Fortius. Among other things, the influx of this hormone, testosterone, stimulates the growth of the penis and testes. So, in a bit of biological subversion, the embryo inverts the sequence of the Adam and Eve story, with nipples as our reminder that even the most dangliest, barbed and barrel-chested of the male lot have something of a feminine origin.

However, this only answers part of the question – why have nipples stuck around in men when evolutionary processes could have weeded them out? Quite simply, it’s generally thought nipples are still around in men because they just don’t matter enough for evolution to rear its head. Genetic uncoupling of male and female characteristics occurs when said characteristics have substantial bearing on reproductive success. Nipples, however, persist, because there’s nothing really to select against them – they simply don’t do much either way! As “nippled breasts never lost a fair maiden” and because nipples are there before testosterone kicks in, they’re seemingly here to stay.

However, it would be a technical faux pas to lump the male nipple in with the other vestigial structures – indeed, the occasional male nipple is entirely ready to perform its original function, leading to male lactation. Granted, this is only observed under various rather unusual circumstance. For instance, some WWII prison camp survivors, having starved for months, began to lactate once fed adequately. Why? Because the bodies’ hormonal functions reactivated fully in advance of the liver (which typically metabolizes the milk-producing hormone, prolactin). With the liver partially out of the picture, prolactin was given the run of the house- hence lactation. Another form of liver incapacitation, cirrhosis, can also result in male lactation. In short, milk in men is generally something to be concerned about.

The nipple also yields further mysteries. Why, for example, do some people have extranumerary or supernumerary nipples? (Instead of the company of two, they get a crowd of three or more.) In short, this is just a result of an incomplete regression of the milk line that results in one or more extra mammary buds developing outside of where we’d normally expect them, but still usually along the milk line. The end result is an extra nipple, and sometimes associated breast tissue. These are surprisingly common, appearing on as many as 1 in 20 people, though most who have them don’t recognize the often tiny protuberance as an extra nipple. Numbering among the supernumerary are reportedly Mark Wahlberg, Lilly Allen, Harry Styles and Tilda Swinton.