This Day in History: October 30th- Margo and Anne 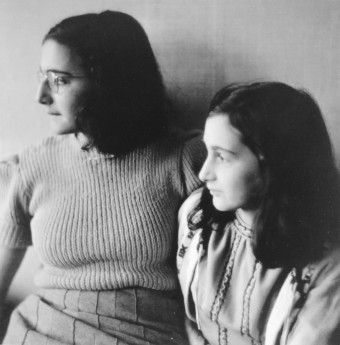 Most people are familiar with the tragic story of Anne Frank, the young Jewish girl forced into hiding with her family when her older sister Margo received a call-up notice from the Central Office for Jewish Emigration to report to a labor camp in 1942. At the time, the family was living in the German occupied Netherlands, after having previously immigrated away from Germany in 1933 as the Nazi party rose to power.

They remained hidden until August 4, 1944 when their hiding place was ransacked by the Germans. Considered criminals for ignoring Margo’s call-up order and going into hiding, Otto and Edith Frank and their daughters were sentenced to the Punishment Barracks for hard labor and then sent to the Dutch Westerbork transit camp, arriving on August 8th. They were then transferred to Auschwitz on September 3, 1944.

When the Franks arrived at the camp, it was in the wake of a nightmarish frenzy of death – with countless thousands of prisoners being sent to the gas chambers on arrival. Remarkably, the Franks all survived the initial sorting, which saw 549 of the 1,019 people aboard their transport immediately sent to their deaths. The general rubric used by the Germans at the time in those sortings was- those who were fit for labor were allowed to live, and all others were killed. Those in their early to mid teens or younger were typically viewed as unfit for labor and immediately sent to the gas chambers, but Anne, who was 15 at the time, ended up being one of the youngest on her transport to be spared that fate.