This Day in History: October 20th- The Count 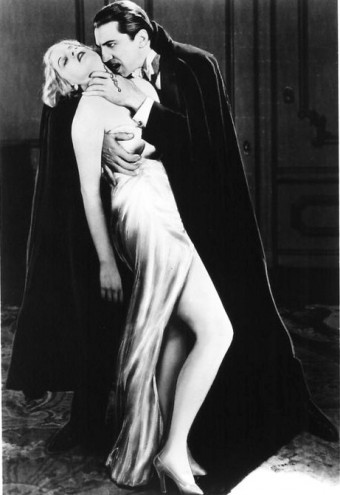 Be’la Ferenc Dezso Blasko, aka Bela Lugosi, was born on October 20, 1882, in Lugos, Hungary. At the outbreak of World War I, he volunteered for service and was commissioned as an infantry lieutenant. During the war, he was seriously wounded three times, with the treatment of his injuries facilitating a morphine addiction that would last the rest of his life.

Lugosi began his acting career on the Hungarian stage in 1901, and then in films during the war. In 1920, he emigrated to the United States and found work as a character actor.

He first assumed the role that would make him world famous on Broadway in 1927 when he played Count Dracula in the stage adaptation of Abraham Stoker’s novel. This adaptation enjoyed a wildly successful three-year run and then was adapted to film by Todd Browning in 1931. While not the first choice for the film role, he eventually got the part and the movie established Lugosi as the Dracula by which all others are measured, even to this day, with most characterization of vampires borrowing from elements of Lugosi’s portrayal that weren’t part of Stoker’s work.

But instead of riding the wave into a successful career, Lugosi became an early example of typecasting, and pretty much had to accept any script handed to him if he wanted work. A run of lower quality horror films followed in quick succession, such as “White Zombie” (1932), “The Black Cat” (1934) and “The Raven” (1935). In the 1940s, he sadly ended up playing pathetic parodies of his most famous role in low budget B-movies.

He did an embarrassing number of films for the Worst Director of All Time Edward D. Wood Jr. This is a shame, because anyone who’s seen any of his films has to admit Lugosi had genuine talent and range.

Towards the end of his life, Lugosi sank deeper into drug addiction and alcoholism. By 1955, he was down to 125 pounds and had checked himself into the mental ward at Los Angeles General Hospital. He said he wanted to beat his morphine addiction so he could make a comeback. “I started using it under a doctor’s care,” Lugosi said. “I knew after a time it was getting out of control.”

But the hoped-for comeback never panned out, and Lugosi turned to drink. On August 16, 1956, Bela Lugosi died of a heart attack. He was buried in complete Dracula regalia as he requested, right down to the cape.