This Day in History: August 13th- The Would-Be King 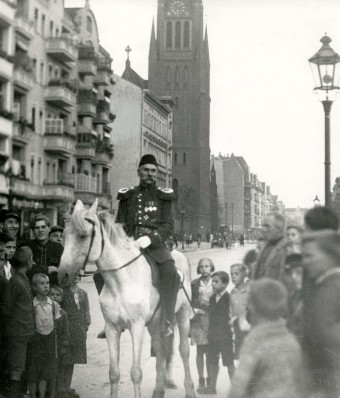 On August 13, 1913, circus acrobat Otto Witte got one heck of a job promotion when he was crowned the King of Albania. At least, that’s the story.

Born in 1872, Otto Witte had been a circus performer most of his life, starting as a lion-tamer at the age of eight. Aside from his work under the Big Top, Otto was also known for his ability to spin a good yarn. And he never let the truth get in the way of a good story. He would breathlessly boast how his skills as a magician won him the title of honorary chief of a pygmy tribe in Africa. He would also regale folks with the story of his attempted elopement with the Emperor of Ethiopia’s daughter.

But Witte’s most epic tall tale was his claim to have been crowned King of Albania in August of 1913. According to Otto’s account, he was in Budapest when a friend showed him a newspaper article regarding Albania’s split from the Ottoman Empire. The Albanians were apparently trying to locate a prince named Halim Eddine to crown as their king.

The paper published a picture of the prince alongside the article, and by strangest of coincidences Otto Witte was a dead ringer for Halim Eddine! So Otto decided to schlep to Albania with his pal Max Schlepsig, who swallowed swords for a living, and pass himself off as the prince and claim his throne.

So that’s exactly what he (said) he did. And for five glorious days, Otto lived like a king. He had the run of the palace and the royal harem. He even declared war on neighboring Montenegro just because he could. But after five days had passed, his ruse was wearing thin. With the help of several ladies from the harem, Otto and Max escaped with a good hunk of the Albanian treasury as a souvenir.

Naysayers pointed out that there wasn’t a shred of local evidence to back up any of Otto’s claims, and there is no Prince Halim Eddine in the historical record. Witte and his supporters said it was understandable that the Albanians would want to destroy any evidence proving they’d been duped in such a major league way.

Otto Witte certainly stuck by his story. After the supposed event, he insisted on being addressed as the “Former King of Albania” and was even allowed by the German government to be referred to as such on his official German ID. He also had this engraved on his tombstone when he died. Interestingly, he passed away on August 13, 1958, the 45th anniversary of his supposed coronation.