May 5, 2015 Melissa
Simon E. asks: I was just wondering what a gamut is in the expression “run the gamut”? 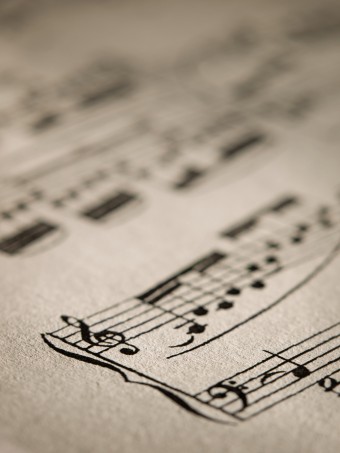 Meaning “the entire range,” the word gamut traces its origins to the Middle Ages and a system for designating musical notes.

Around the turn of the second millennium, Guido of Arezzo, a medieval monk, developed a system of solmization, i.e., designating musical notes by syllable names. While today, we are familiar with the sung syllables, do, re, mi, fa, sol, la, ti, do, back in Guido’s time (he died in 1050), they had a hexatonic scale (six notes), and he used the syllables ut, re, mi, fa, sol and la.

The ut represented the lowest tone recognized in music theory at that time, the second G below middle C, which was also known as gamma (today, this note remains as the lowest line of the base clef).

Guido chose ut from the hymn Ut Queant Laxis Resonare, sung in honor of St. John the Baptist and attributed to Paulus Diaconus (720-799 AD). By contracting together the name of the note with its sung syllable, Guido coined the word gamut, which he used to identify his system of solmization.

Building on this denotation, gamut eventually came to mean “the whole musical scale” in the 1620s and a “range of notes of a voice or instrument” by the 1630s. It is to this time, and these meanings, that the denotation of “an entire range” is attributed, although it isn’t clear when the expression run the gamut first appeared.