February 18, 2015 Melissa
Kyle H. asks: Who wrote rockaby-baby and how did it become a nursery rhyme? Seems kind of morbid to sing to a baby. 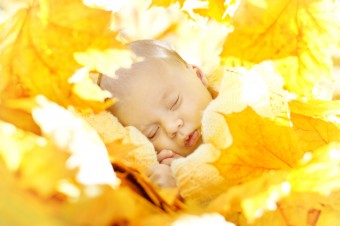 First found in print in 1765 in Mother Goose’s Melody (see: Who was the Real Mother Goose?), the lyrics in this first printed version are essentially the same as today:

On the tree top,

When the wind blows

The cradle will rock;

When the bough breaks

The cradle will fall,

Notably, the editors of the book commented that the lyric originated as “a warning to the proud and ambitious, who climb [too] high that [they] generally fall at last.”[1]

That the rhyme began as a warning that the powerful would fall, coincides with several related theories regarding the poem’s origin in the Glorious Revolution, which occurred in response to King James II’s conversion to Catholicism and fears that he would begin a Catholic dynasty on the English throne.

Remember that Henry VIII (1509-1547) had only broken with the Catholic Church 150 years before, and in the intervening years, feelings became relatively heated between Protestants and Catholics. Under the reign of Henry and his son Edward VI (1547-1553), the trappings of English Catholic churches: statutes, stained glass, shrines and even priestly clothes, were destroyed and banned, much of the wealth of the clergy was seized, and prominent Catholics became personae non gratae. They were not happy.

Edward VI was followed by Mary I (1553-1558). Mary I tried to reverse the purge and reunite the country with the Catholic Church, leaving many prominent Protestants nervous. They rejoiced at the end of her short reign and enjoyed 45 years of Protestant rule under the Elizabeth I (1558-1603). By this time, many in, and perhaps a majority of, the country had become ardently Protestant and did not relish having a Catholic monarch.

Back to the rhyme- James II had a son by his second wife in 1688, displacing the presumptive heir, his daughter, Mary, married to the Protestant William III of Orange. One speculative theory simply holds that the baby in the song is this little guy, and the lyrics were a “death wish,” that the little Catholic prince would die and a Protestant king would ascend to the throne.

Another theory agrees with this, and connects the dots more particularly, noting that the wind is “the Protestant wind that will blow the fleet of William over to Britain,” and the breaking bough is that of the Stuart monarchy. In 1688, William of Orange sailed through the Strait of Dover and the English Channel and seized the throne, after being invited by some of England’s Protestant elite.

Another related theory considers the fact that, for the first 36 years of his life, James II was a Protestant. Since he only converted to Catholicism in 1669, this theory holds that the baby boy was switched with another at birth, “to provide a true Catholic heir.” In this version, the bough and the wind still represent the Stuart monarchy and the Protestant wind, respectively, but the baby represents the country of England, “in dire peril from the conflict between these two opposing forces.” [2]

Some theories aver that the rhyme has nothing to do with politics. Another English origin begins with Kate and Luke Kenyon, of Shining Cliff Woods, Ambergate, Derbyshire. In the 1700s, Kate (known as Betty Kenny) and her husband lived in an enormous, 2,000-year-old tree, that they had converted into a complete house with a turf roof. When babies, the Kenyon’s eight children were kept in a hollowed out bough that they used as a cradle.

Two other theories hold that the poem originated in the United States. When they first arrived in the 1600s, the pilgrims encountered many Native Americans, some of whom placed their babies in birch-bark cradles suspended from high tree branches – as the wind blew, the cradles rocked.

A second American origin story provides that one of Davy Crockett’s relatives, Effie, wrote the modern lyrics we know today in 1872 while babysitting. Although she was not included on the credits, the IMDB lists her as the writer of “Rock-a-Bye Baby” when it was used in well-over 100 movies. In 1997, an autographed manuscript of Effie’s verses of Rock-A-Bye Baby, On the Tree Top, was sold at Christie’s auction house for over $5,000.

Of course, as with many nursery rhymes, the most likely explanation as to the origin may well be that it has nothing to do with anything of historical significance and is simply a generic rhyme  meant to teach a life-lesson to the children it is sung to. In this case, as the editors of the work it originally appeared in noted, it is “a warning to the proud and ambitious, who climb [too] high that [they] generally fall at last.”