January 3, 2015 Daven Hiskey
This is a weekly wrap of our popular Daily Knowledge Newsletter. You can get that newsletter for free here.

A Celestial Message in a Bottle

Imagine for a moment that it’s 40,000 years in the future in a solar system far, far, away on a planet thriving with intelligent life. Extraterrestrial beings inhabit this place.  Perhaps they look like the cuddly ET, the blob, ALF, or maybe even  like the dreadlocked beings from Predator;  but either way, they are not human. An approaching speck in space catches the beings’ eyes (assuming they have them). Upon sending a craft to retrieve it, they find a probe containing a disk. Using instructions on the disk, they manage to play it. What they are about to hear and see are the sounds and images from an ancient alien civilization – 1977 Earth. Flashback about 40 millenia to Cornell University in Ithaca, New York, Earth in January, 1977. A brilliant, 43… (more) 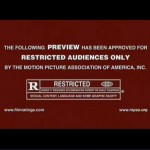 When you were a kid, sneaking into a rated R movie was a big deal. Everyone had their own tricks, but this author’s was to buy a ticket to a rated G Disney movie, say, Mulan; when the usher turned their back, I would run into a rated R movie like, for example American History X. But it wasn’t always this way – not kids sneaking into movies deemed only for adults, but rather the movie rating system. There was a time when movies didn’t have ratings. So how did we get from there to the current system? Thomas Edison is credited for building the first film production studio nearby his home and lab in West Orange, New Jersey in 1893. It was called Black Maria, or the “Doghouse” by Edison himself. That is where he shot… (more) 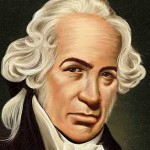 Firmly entrenched in American society, the seemingly capricious nature of the Fahrenheit temperature scale could lead one to think that its Dutch inventor, Daniel Fahrenheit, pulled the number for the freezing point (32°F) of water out of his hat. But, in fact, its designation, as well as that of 0°F were precisely (for the early 18th century) calculated based upon deliberate choices about how to establish fixed points of temperature. Engineer, physicist and glass blower, Fahrenheit (1686-1736) decided to create a temperature scale based upon three fixed temperature points – that of freezing water, human body temperature, and the coldest point that he… (more) 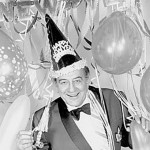 This tradition is mostly thanks to Guy Lombardo and the Royal Canadian Band. While their work is largely unknown to those born in the last few decades, the band has sold over 300 million records to date. Guy Lombardo himself has three stars on the Hollywood Walk of Fame, and he was once the “Dick Clark” of New Years before Clark and his “New Year’s Rockin’ Eve,” attempting to appeal to younger audiences, started supplanting “Mr. New Year’s Eve,” Guy Lombardo. It was in 1929 that Guy Lombardo and his band took the stage at the Roosevelt Hotel in New York City on New Year’s Eve. Their performance that night was being broadcast on the radio, before midnight.. (more) 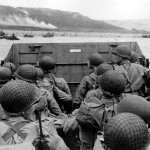 The Battle of Normandy, also known as D-Day, started on June 6, 1944 and was the beginning of the major invasion of German-occupied Western Europe during World War II. But why was it called “D-Day”? You might at first be inclined to think the abbreviation is similar to V-Day (Victory Day).  Indeed, one commonly touted explanation given for the meaning of the “D” in D-Day is that it stands for “designated day.” Others claim it stands for “decision day”, “debarkation”, or even “deliverance day.” Even General Dwight Eisenhower, or at the least his assistant, weighed in when… (more) 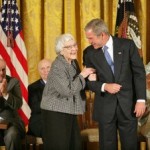 The book, which was Lee’s first and only published novel, was heralded as an “instant classic” when it was published in 1960, and it is a staple in high school classrooms today. But it might not exist at all if it hadn’t been for a kind benefactor who helped to support Harper Lee while she wrote the story. Lee knew that she wanted to be a writer after developing an interest in English literature in high school. After graduation, she attended Huntingdon College in Montgomery, Alabama, where she focused on writing. However, a transfer to the University of Alabama saw a switch to a law degree—no doubt in an attempt to do something that was potentially more lucrative—before turning her… (more) 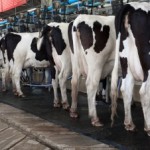 There are currently approximately 1.3 to 1.5 billion cows grazing, sleeping, and chewing their cud at any given time on planet Earth. And these 1,300 pound (average weight for both a beef and dairy cow) animals eat a lot. Much like humans, when they eat,  gas builds up inside of their guts and has to be expelled. (See Why Beans Make You Fart) Cows fart and burp… a lot.  The result is a large amount of methane being introduced into the atmosphere. In a 2006 United Nations’ Food and Agricultural Organization report, it claims that the livestock sector, most of which are cows, “generates more greenhouse gas emissions as measured in CO2 equivalent – 18 percent – than transport.” According to a Danish study, the average cow produces enough methane per year to do the same… (more) 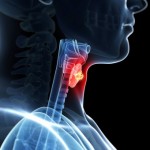 Why So Many Health Issues Stem from Problems in the Thyroid

It seems like just about everyone knows someone with a thyroid condition.  Their symptoms can sometimes be wide ranging.  Much like the IRS and their tax code, it can leave you a little confused about what exactly it does and why it can cause so many problems.   In an effort to put this ignorance to bed, let’s take a little closer look at this inexplicable little endocrine gland. The thyroid is the largest independent endocrine gland in the body.  It’s butterfly shaped and wraps around the front part of your trachea (your wind-pipe) just below the Adam’s apple. (If you’re curious- see Why the Adam’s Apple is Called That)  The thyroid secretes hormones that affect almost every cell in your body.  In fact, only… (more) 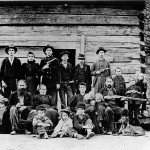 As with a lot of historical events, Hollywood has glamorized and largely fictionalized the feud between the Hatfields and the McCoys. So what really happened? It is believed that both families came to America before it was even America. The Hatfields were among the first pioneers to make their way to this new land from the shores of Yorkshire in northern England. The first Hatfield was Matthias Heathfield, who settled in New Haven, Connecticut around 1660. It would seem that the name was slightly altered by Matthias’ descendents, either his children or grandchild, to forever be “Hatfields.” The McCoys… (more) 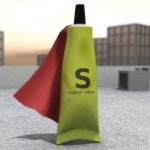 Super Glue, also known as cyanoacrylate, was originally discovered in 1942 by Dr. Harry Coover, who by the way died last month on March 26th, 2011.  Coover was attempting to make clear plastic gun sights to be put on guns used by Allied soldiers in WWII.  One particular formulation he came up with didn’t work well for gun sights, but worked fantastically as an extremely quick bonding adhesive.  Surprisingly, despite the commercial potential of such a product, Coover abandoned that formulation completely as it obviously wasn’t suitable for his current project, being too sticky. Nine years later, in 1951, now working at Eastman Kodak, Dr. Coover was the supervisor of a project looking at developing a heat resistant acrylate polymer for jet canopies.  Fred Joyner was working on that project and at one… (more)