The Origin of the Expression “Beside Myself” 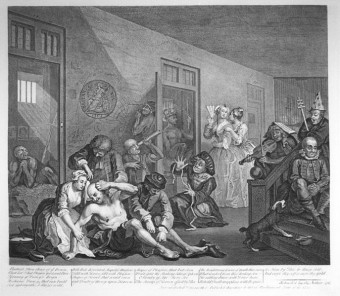 Dating back to the dawn of Modern English, the expression “beside myself” has been used to denote someone not in his right mind.

After William conquered England in 1066, French became the language of scholars, clergy and nobility in Britain and remained so even throughout much of the grinding 100 Years War between England and France (1337-1450s). However, by the end of that conflict, the English were pretty much done with anything French.

During the Middle English period (around 1100-1500), books were rare, having to be hand-copied, and were mostly written in French or Latin. As the English became more embittered with the French, a desire arose among the British to establish the language of the common people, English, as that of the entire country. One effort to accomplish this was to print books in English, not only for the students and dons at its premier universities Oxford and Cambridge, but for the general populace as well.

In 1476, William Caxton (1422-1492), who learned the art of printing in Cologne, France, while translating The Recuyell of the Histories of Troye from French to English, established the first English printing press at Westminster. Cornering the burgeoning book market, he immediately began to print original English works (i.e., The Canterbury Tales), as well as translations (often from French editions). Notably, in 1490, he translated the Aeneid from a French version, Eneydos.

In the work, dedicated to King Henry VII’s son, Arthur, Caxton translates the French phrase, “hors de soi” (meaning “outside herself”) to “mad & beside herself” (with regard to Dido’s mental state when she learned of Aeneas’ departure), marking the first time the expression is used in print.[1]

Note that the substitute of “beside” for “outside” was perfectly appropriate since, at that time (although today obsolete), “outside” was one of the well-used meanings of “beside,” having first been recorded in the English Wycliffte Sermons in the 1370s.

In any event, between the Eneydos, the Canterbury Tales and Le Morte d’Arthur, as well as 100 or so other books, Caxton’s efforts at bringing English to England helped standardize its spelling and ushered in the Modern English era (1500 – present).

Expand for References
[1] Eneydos at xxvii.
[2] Beowulf at XIV