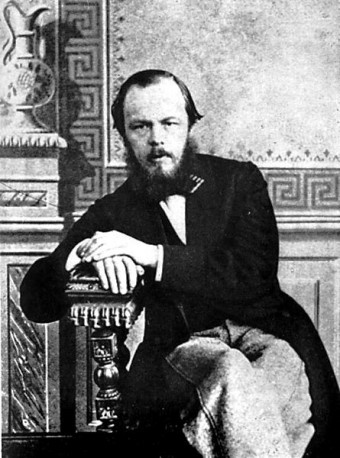 Fyodor Mikhailovich Dostoyevsky was a Russian writer, journalist, and philosopher. He worked within, and was obviously influenced by, the constraints of 19th century Russia. Some of his major works include Crime and Punishment (1866), The Idiot (1869), Demons (1872), and The Brothers Karamazov (1880).

In 1847, Dostoyevsky joined the Petrashevsky Circle, a group of liberal utopians. They would meet to discuss social and political issues, including the notion of freeing the country’s serfs. Fyodor had seen the cruelties of serfdom firsthand growing up. It’s thought his father was killed by a group of his own serfs due to his terrible mistreatment of them, which haunted Fyodor and caused his revulsion toward the institution.

The Petrashevsky Circle was a group of idealists influenced by the new social awareness sweeping through Europe in the mid-19th century. Relatively speaking, they were harmless. Eventually, Dostoyevsky left the Petrashevsky Circle for the more radical Speshnev’s secret revolutionary society. Even so, Dostoyevsky claimed he had no beef with the Russian government, only with the institution of serfdom.

On April 23, 1849, these groups were arrested and taken to the Peter and Paul Fortress, a maximum security prison. The conditions inside the prison were abysmal; the inmates were kept in dark, damp rooms with moldy straw beds to sleep on, and allowed no form of entertainment. Dostoevsky and the others incarcerated with him were questioned and held for eight months.

The prisoners were removed from their cells on December 22, 1849, bundled into carriages and taken to the Semyonovsky Square. They were sentenced to be shot to death, and lined up on a gallows. The condemned men were then given a cross to kiss, the chance to make a last confession to a priest, and dressed in peasant shirts and hoods.

The first three prisoners in line were tied to stakes. The soldiers took aim and held their positions as the drums rolled. Then, a messenger from the Tsar rode into the square and read the official pardon. It turned out to be a mock-execution that was considered a part of their punishment. The men were transported back to the prison to prepare for a trip to Siberia and eight years of hard labor.

Naturally, the staged execution and dramatic zero-hour pardon had a quite an impact on those involved. Two of the prisoners went permanently insane from the trauma of facing what they believed to be certain death. The experience rocked Fyodor’s world too, but the effects manifested in his life much differently. Seeing death up close made him embrace life more fully. Even the idea of eight years in Siberia didn’t bum him out.

Twenty years later, he used his harrowing experience in his novel The Idiot when Prince Myshkin is recalling the story of an execution that sounds somewhat familiar:

“…But better if I tell you of another man I met last year…this man was led out along with others on to a scaffold and had his sentence of death by shooting read out to him, for political offenses. About twenty minutes later a reprieve was read out and a milder punishment substitute…he was dying at 27, healthy and strong…he says that nothing was more terrible at that moment than the nagging thought: “What if I didn’t have to die!…I would turn every minute into an age, nothing would be wasted, every minute would be accounted for…”