This Day in History: November 19th- The Lip-Synching Duo 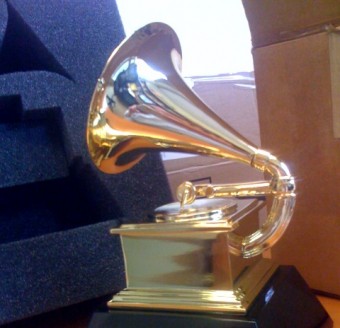 There were red faces all around as the Grammy Award for best new artist was stripped from pop duo Milli Vanilli on November 19, 1990, when it was revealed that they hadn’t warbled a single note on the “Girl You Know It’s True” album.

The National Academy of Recording Arts & Sciences explained this unusual move: “This action comes as a result of admissions and revelations by Milli Vanilli’s producer, record label and the two performers Rob Pilatus and Fab Morvan that the label credit on their album . . . was incorrect.”

“Girl You Know It’s True” was already a smash in Europe when Arista Records in America approached the song’s producer Frank Farian. A native of Germany, Mr. Farian was a master at creating highly-polished, dance-pop, synthesizer-driven club mixes heavy on studio manipulation.

Before “Girl You Know It’s True” was released, Farian discovered two 25 year-old model/dancers named Rob Pilatus and Fabrice Morvan performing in a Munich nightclub. He felt the buff and dreadlocked duo would present a more marketable image than the song’s real singers. So he decided to put the handsome and pouty Rob and Fab up front as the face of Milli Vanilli (a move he’d done before with the group Boney M).

The “Girl You Know It’s True” album spawned five top-five singles in the U.S., and everything was going swimmingly until a performance at New York’s Radio City Music Hall when the pre-recorded track they lip-synched to skipped. They gamely soldiered on for a bit while their voices repeating “you know it’s true” kept hiccoughing over the P.A. They finally ran off the stage completely mortified.

The other shoe dropped when one of the people who did the actual singing, Charles Shaw, said as much to Newsday magazine. Then the finger pointing started. Rob and Fab insisted that Arista was completely aware that they were not the ones singing on the record; Arista claimed total ignorance. Michael Green from the National Academy of Recording Arts and Sciences said, “When the rumors started, I asked Arista if there was anything I needed to know here. They said I did not.”

It’s no secret that groups have been fabricated throughout the history of pop music. Most of the Monkees early music was done by studio musicians, there’s the Partridge Family (seriously now), and it’s believed the Village People were not the ones singing on their albums. The list goes and on.

Beyond that, in other areas of the entertainment industry, such as movies, the end product is a result of numerous contributors with the actors, who play a relatively minor role relative to the amount of credit they get, often simply being the face of the product of sometimes literally thousands of people’s work.  Beyond that, numerous celebrities (and even professional authors) “write,” and take complete credit for, books in which they really just hired a ghost writer to pen the actual thing based on (sometimes extremely few) notes and ideas from the listed author.  Nobody bats an eye at any of that.

So why was everyone picking on Rob and Fab?

Well, first off, because they won a Grammy, and that made everyone in the music industry look like chumps. If they hadn’t been that “lucky”, they may have flown under the radar for many albums. Particularly at this time, there was also a heavy stigma against lip-syncing in performances, despite that many performers who have elaborate dance routines on stage often do this by necessity. Even the best of singers aren’t going to sound good when they’re out of breath. The fact that the two in question also didn’t sing the original just made it worse. Beyond that, the Milli Vanilli album credits read “Vocals: Fab and Rob,” which many people didn’t take kindly too on top of it all.

This latter point was the official reason they were stripped of their Grammy award. Michael Green explained, “I think that if Milli Vanilli just had a line that said, ‘Milli Vanilli is . . .’ with a list of all the real singers, not just Fab and Rob, we would have never taken this action. Our action is predicated on a falsification of label credit.”